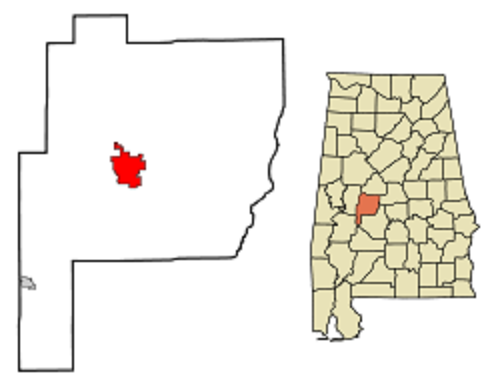 THE HISTORY OF MARION SKETCHES OF LIFE

More than twelve months past, I commenced, what I then designated, to be a series of numbers, giving the history of Marion, and sketches of life and adventures of old settlers, and purposed a weekly publication of them in the Marion Herald, until the thread of my story was run out. In pursuance of this determination, I wrote and published three numbers over signature of Oliver H. Perry. Business, absence, ill-health, and if the truth must out, indolence, caused me to stop at the third chapter, where, in all probability, the story on the London of Perry would have halted, for the next half century, had not the persuasion of kind friends and the temerity of the publisher of this veracious History caused me to collect, and endeavor to arrange in readable form, what is contained in the following pages. The reader will observe that many trivial events and humble individuals are occasionally dignified into what may be deemed undue importance, by those who may chance to look over these pages, and reside some distance from Marion. Should our history stray so far from home as to be read by strangers, it is hoped they will recollect it was the object of the writer to speak of matters mainly local in character. Our story is a family record for the present and future generations of Marion, and hence it has not been thought inappropriate to relate many anecdotes of persons and society, which may appear contemptible to the indifferent reader, but which, I flatter myself cannot fail to be read now, and many years hence, with much interest by the inhabitants of Marion.

In obtaining the facts contained in the following pages, I was obliged to communicate the object of my enquiries, and by that means, I necessarily became known as the writer. It would, therefore, be affectation to withhold my name from the public. This explanation, it is hoped, will be sufficient, to relieve me from the imputation of any rediculous ambition to appear before the public as an Author; and when it is further stated that the only reward I look for or desire, is the amusement of my neighbors and friends, by the preservation of facts connected with the history of Marion, and incidents in the life of some of its first settlers; and, also to benefit ourselves by giving an extended notice, and knowledge of our religious and literary institutions. I hope even criticism will withhold its rod, and this little book, in the circle it is intended to be read, will be received with that blindness to its faults due to good intentions.

In speaking of persons who are alive—my friends and neighbors, with whom I am in daily intercourse, I have found it difficult to use terms that should give no offence, or not convey the idea of a disposition to flatter. I trust that I may have succeeded in my wish to avoid each. When I have mentioned facts connected with particular individuals, I have spoken of them only in print, in terms of praise, as every good man would willingly speak of them in conversation, and even if my language should sometimes appear too flattering, the reader will please recollect that we live in a naughty world, and good deeds, are not so alarmingly frequent that we should be chary in over praising them.

The present respectability and prospective importance of Marion, demand some record of its first settlement, and general history, to the present date. It is also called for, for the gratification of the curious hereafter, and before those who are familiar with its history have passed from the stage of existence. With a view of preserving, in a substantial form, its history, and such incidents connected with the eventual location of the county site, as may be thought worthy of preservation, I have undertaken to write such facts as may be learned from sources that may be relied on. Although many of the facts I may record, are familiar with many readers, as the aim is to note them down for the benefit of those who may succeed us, than the present “knowing generation,” it is hoped an occasional narration of well known truths, will be set down to the ambition of the writer, to serve future readers and historians, rather than the busy currency tinkers, cotton growers and negro purchasers of the present day.

The town of MARION is situated in 32 38′ North latitude, and about a half degree South of Charleston, S. C. Its present location, in the year 1817, was covered with a dense forest, and teemed with every kind of wild fertility. The fox, bear, wolf, panther, wild-cat, and other denizens of the woods, here held “converse sweet,” “far from the dissonance of the wild route” of civilized man; and if not monarchs of all they surveyed, certainly lords and proprietors of all they could catch and slay.

In the midst of this “primal state,” and happy innonence, in the enjoyment of “life, liberty, and the pursuit of happiness,” lo, the fell destroyer came, ” in the person of one Michael Muckle, who lengthened his cords and strengthened his stakes until he established a cabin in their midst, about the present location of our jail, and achieved, what in those days was deemed a wonder in a squatter.

Cleared an acre of land

He cleared an acre or more of land extending all around his hut to what is now Captain Loveland’s cabinet shop, Mrs. Parish’s residence, Mr. Langdon’s garden, and the brow of the hill east of the jail, to the distance of the saw-pit and scene of the late negro executions. Here Michael Muckle, the Romulus of our little Rome, flourished in the midst of gourd vines and long shanked collards, happy with a quiet conscience, and digestive powers that would have shamed the classic illise messorum, so happily sung and coveted by Horace, and which the extreme modesty and Latin lore of the present day, do not demand to be translated, After the most diligent enquiry, nothing very remarkable in the quiet life of Michael Muckle has been found which deserves mentioned—nothing on which the future historian can build a plausible romance, or the “mute inglorious Milton” in the Howard College, can embaln in verse, unless the historic page may be dignified, and Pegasus made to prick up his ears at the narrative of the death of Mike’s colt, and the serious endangerment of the life of its mother, the old mare Jenney, by his own hands, which happened after this wises.

Old mare Jenney and her colt

In the year 1817, the location of the steam mill and the margin of all the tributary streamlets that murmur around it, in the wet weather, was a dense reed brake, and much frequented by deer; towards which unfortunate tribe of animals, man in general, has always waged cruel warfare, and Mr. Muckle in particular, During the memorable year recorded, and it is a matter of deep regret, that the lapse of time, and the little importance attached to the remarkable incident, at the period of its occurrence, does not allow us to be more precise, Michael Muckle at the witching hour of midnight, repaired to the said reed brake, for the purpose of fire hunting for deer, and had not posted himself long before the rustling of the reeds, and the exhibition in the distance, of sundry fiery eye balls appraised him of the approach of his intended victims and having no idea that his shot would be so dear a past-time, with stealthy step and weary look, he planted himself and blazed away.

Hearing a splashing in the mud, and other sounds indicating that he had done some execution, he repaired to the spot where his supposed deer had fallen, and found to his utter dismay and chagrin, that he had killed his own colt and broken the fore leg of old Jenney, by the same unlucky shot! Up to the happening of this meloncholy casualty, in the life and adventure of Michael Muckle, sorrow had not intruded upon his humble dwelling. He amused himself in pursuing the various game which surrounded him, and when fatigued with the toils or palled with the enjoyments of the chase, in day time, he dozed away his life in the midst of his happy family, solaced with the tap of the woodpecker, the bark of the squirrel, and occasional dreams of— ticks.

At night his more profound slumbers were sweetened and prolonged by the howl of wolves, the screams of panthers, and other soothing notes from his more vigilant and unquiet neighbors. But, ah me! no human happiness is of long duration—”a change came over the spirit of Michael’s dream,” the constant encroachment of the whites, and close settlement of others, rendered him dissatisfied with his location; and he, consequently, resolved to pull up his stakes, and plunge deeper in the forest, where he could have, as he expressed it, “more elbow room.” Accordingly, he sought a purchaser, for his improvement, and found one in the person of Anderson West, of whom, and what may follow, we shall see in the next chapter.

This Book reveals the relationships between the TUBB, MAHAN, FORD, MCCAULEY, OAKES, WATTERS, EDWARDS, BENNETT, RADFORD, WHITE, WALLACE, OSBORN, MAYES and ABERCROMBIE. Notes and sources are included. Genealogy reports with all supporting evidence, wills, and deeds when available are included.