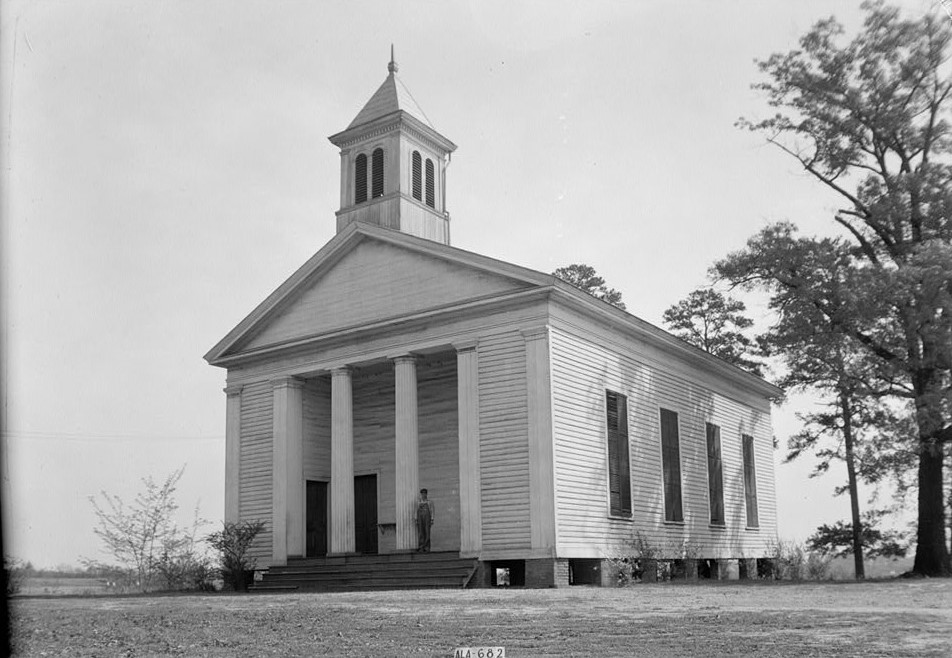 An excerpt of a transcription of a history of Autauga County, Alabama written around 1886 by Shadrack Mims. It has been transcribed exactly as written with misspelled words etc and includes names and descriptions of many early settlers.

Now, reader, I am ready to move slowly in this great western thoroughfare. The next house we come to is that of Gen. E. Y. Fair. This place was originally settled by two poor men from South Carolina, one by the name of Bailey and the other named Hathcock. They were poor but respectable men, good farmers and made plenty to live on. They sold out and their place was occupied by others.

Todd Robinson was the first settler of Robinson Springs

Col. W. R. Pickett bought it for a niece of Mrs. Pickett’s who settled first in North Alabama. Her name was Body—a sister of Clem Lanier who moved from North Alabama and settled near Mulberry P. O.  Mrs. Body married a Mr. S. H. N. Dixon, a commission merchant of Mobile. They sold out to Col. Wyatt, who married a daughter of Todd Robinson, the first settler of Robinson Springs. Col. E. Y. Fair married Wyatt’s daughter, and at the death of her father his wife inherited the place. Col. Dixon moved his family near Clem Lanier’s and likely some members of the family are still there.

The next house we pass is one built by Luke Huffman. He married a widow by the name of Roy, a sister of George Stoudemire who settled in the Dutch Bend and was the father of all the Stoudemire’s who settled immediately in that Bend. Both Huffman and his wife have long since died, they left no issue. Mrs. Roy had two sons by her first husband who have raised large families and are now living in this County. Two sons and a daughter in Memphis.

We now leave this place, the road changing to a due east course makes another crescent from a bend in the river. We now cross Bear Creek a slow, stagnant little stream, which takes its rise about six miles north. The farms on this creek have always been unhealthy, the land is fertile, but cut up by ponds and marshes giving them an unsightly appearance. After crossing this little creek, I will take the reader to the left of the road where an old man named Nicholas Zeigler settled—he came from South Carolina, was a man of means, a good farmer and made money. After his death his land was sold to Terry DeJarnett. 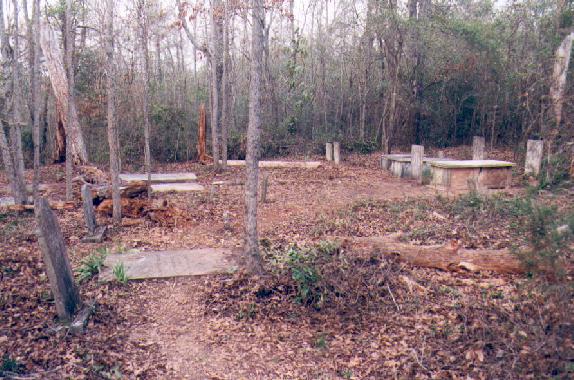 There lived near Zeigler a man by the name of John Carrel, also from South Carolina. Carrel either died or moved away and his place was occupied by a Mr. Hinton. With these names I finish up the left side of the road.

Brinson brothers were from Georgia

Now to the right of the road there is a considerable tract of country between Bear Creek and Cypress swamp. This swamp takes its beginning west of Vernon and makes an entire emptying into the river about two miles above Vernon. It is a filthy looking pond to this day, but the lands contiguous are rich.

There were two brothers—Adam and Mathew Brinson—from Georgia, who lived on these places some years and then moved off. I do not know who occupies or owns these lands now. There was a family from Georgia named both the heads of this family were old and well stricken in years when they moved here and did not live long. They left a handsome start in life for their children, Joshua, Ben, William and Mrs. Woodward, Mrs. W. with her husband and younger brother William moved to Talladega County near Fayetteville. I think all the children of these two old folks are dead; some of their grand children are still living in Talladega County.

Camp-meeting in 1822 may have been the first in Alabama

Before I go  further the reader must excuse me for relating a little incident that occurred at Billy Grave’s, whose name has been mentioned already. It was in the fall of 1822—a camp-meeting— perhaps the first in Alabama, at least the first in this portion of it—was held and largely attended from far and near. There were some eminent local preachers who had seen hard service in the itinerant ranks and whose hearts were all aglow with zeal and the love of God going out for sinners—and they did work at this meeting the influence of which will never cease.

Many conversions at this meeting

I will mention some of the names of these men with whom I was intimately acquainted to date their conversion from this meeting, William McPherson, John DuBose, and Thomas Smith— Wm. McPherson is the only one now living, he lives in Talladega County at the advanced age of 94 or 95. He still goes to church a mile from his home every sabbath and has a class  in Sunday School. There were many others whose names I do not remember that were converted at this meeting, John DuBois lived in Vernon—he afterwards became a local preacher and was faithful to the end. He died at the advanced age of 83. Besides making a living, and rearing a large family, he did much good as a preacher.

Thomas Smith was simply a lay member of the church, but a man in whom every one had confidence and no doubt did much good in influencing others to do right. Every member of his family became religious and raised up their children in the right way. One of his sons I think became an Itinerant Methodist preacher in the Protestant Methodist Church and was very useful. He, however, changed his church relations and joined the Episcopal Church, and is now rector of a church in Talladega— has been there many years. The second son studied and has practiced within three miles of where his father first settled, which was on the place where I now live.

Dr. Smith gave a moral and religious tone to the place

Dr. (Samuel Parish) Smith is now getting to be an old man, his hair and beard are quite white and his health is on the decline. He has had all along just as much practice as he could well attend to, and has done much charity practice in Alabama. Since 1846, the year he embraced religion and poined the church—he has been a leading member, acting as steward and Sunday School superintendent and a leader in church music. No citizen of Prattville has done more to give a moral and religious tone to the place than Dr. Smith.

Smith family is one of distinction

His oldest son, Eugene A. Smith, was highly educated and finished his education in Germany. He is at this time State Geologist and a professor in the State University, and has been for many years. He is a member of the M. E. Church South. He married a daughter of Dr. Garland, who is President of Vanderbilt University and a man of great learning and literary research. 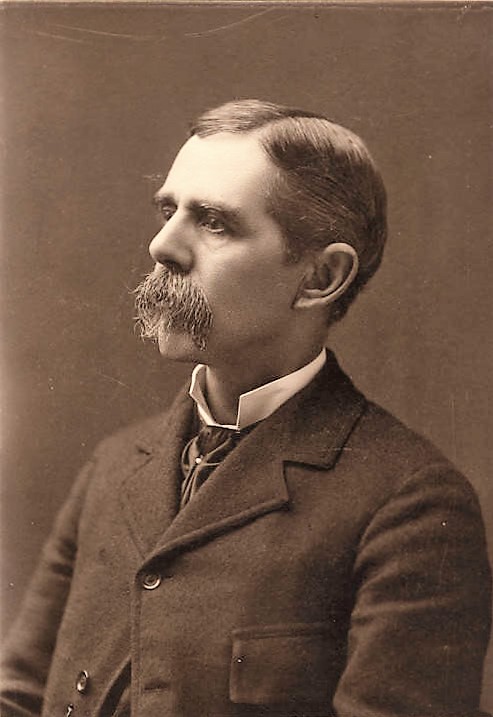 Thomas Smith has another son—T. C. Smith—a man who has ever stood high and is now County Superintendent of Education in Autauga County. Besides these, there is another son, Daniel N. Smith, who raised a very large family of children. He was a farmer and had a saw and grist mill and was County Surveyor. He was a pious and devoted member of the M. E. Church.

I can’t say that the conversion of Thomas Smith at the Graves’s Camp meeting was the cause of bringing about such happy results in the  future of his family, but it is more than likely it had much to do in shaping the destiny of that family. He came to this County a very poor man and followed mill and screw building and gin gearing—all of which were in great demand in the early history of our County. This gave him a little start in the world and he then settled down for life and died at an advanced age.

I hope the reader will excuse the length at which I have dwelt upon this pleasant little episode in the history of Autauga. Should this little history ever see the light of day, it may be pleasant for future generations to reflect upon.