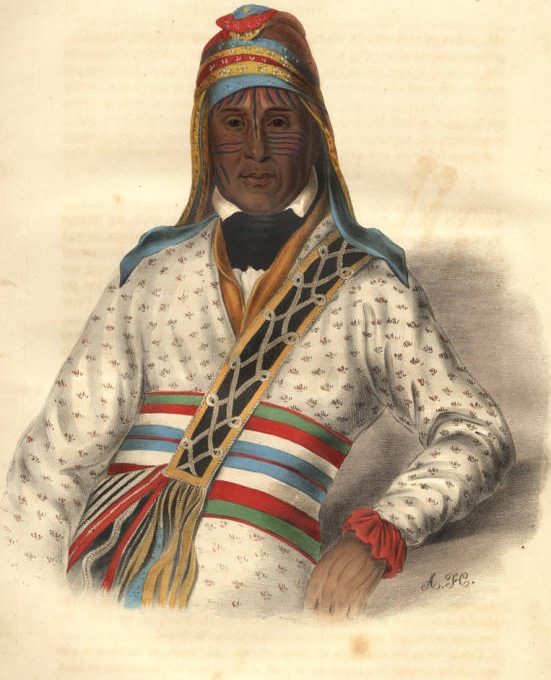 Nothing has been recorded as to his parents, his early life, nor when he became chief of Yufala and Speaker of the Creek Nation. There were two towns named Yufala in the Upper Creek country; the one, of which Yoholomicco was chief, was situated on the west bank of the Tallapoosa, two miles below Okfuskee.

Yoholomicco served with General Mclntosh in the Creek war of 1813 and bore an honorable part in all the battles in which the friendly Creeks were engaged against their insurgent countrymen.

In late 1825 a delegation of Creek headmen visited Washington, D.C., in an attempt to renegotiate the Treaty of Indian Springs. That treaty, negotiated by William McIntosh) (1775-1825), sold more than five-million acres of communal Creek land in what is now Georgia.

Among the delegation were Yoholo Micco and his son Mistippee.

As Speaker of the Council convened to hear the propositions of the government on that occasion, his demeanor is thus described by Colonel Thomas L. McKenny, there present representing the government, and a most competent eye witness:

“Yoholo Micco explained the object of the mission, in a manner so clear and pointed as not to be easily forgotten by those who heard him. He rose with the unembarrassment of one, who felt the responsibility of his high office, was familiarly versed in its duties, and satisfied of his own ability to discharge it with success. He was not unaware of the delicacy of the subject, nor of the excitable state of the minds to which his argument was to be addressed, and his harangue was artfully suited to the occasion. With the persuasive manner of an accomplished orator, and in the silver tones of a most flexible voice, he placed the subject before his savage audience in all its details and bearings—making his several points with clearness, and in order, and drawing out his deductions in the lucid and conclusive manner of a finished rhetorician.”

On account of his advocating the adoption by his people of the plans proposed by the government and by individuals to promote the civilization of the Creeks, finally became unpopular, and was deposed from his chieftianship, the year not known. He was consistent in his private life in following the ways of civilized life, which he had vainly urged upon his people. He gave his children the best education the country afforded, and brought his sons up to the pursuits of civilized life. His example was followed by one of his married daughters, the wife of a Yufala chief, who gave all her children liberal educations. Yoholomicco is represented as a man of a mild, generous disposition. He died on his way. to the new home of the Creeks from the fatigues incident to the emigration.

ALABAMA FOOTPRINTS Banished reveals true stories, documents and news articles from this sad time in Alabama’s history. Some stories include:

An Observer Writes His Memories