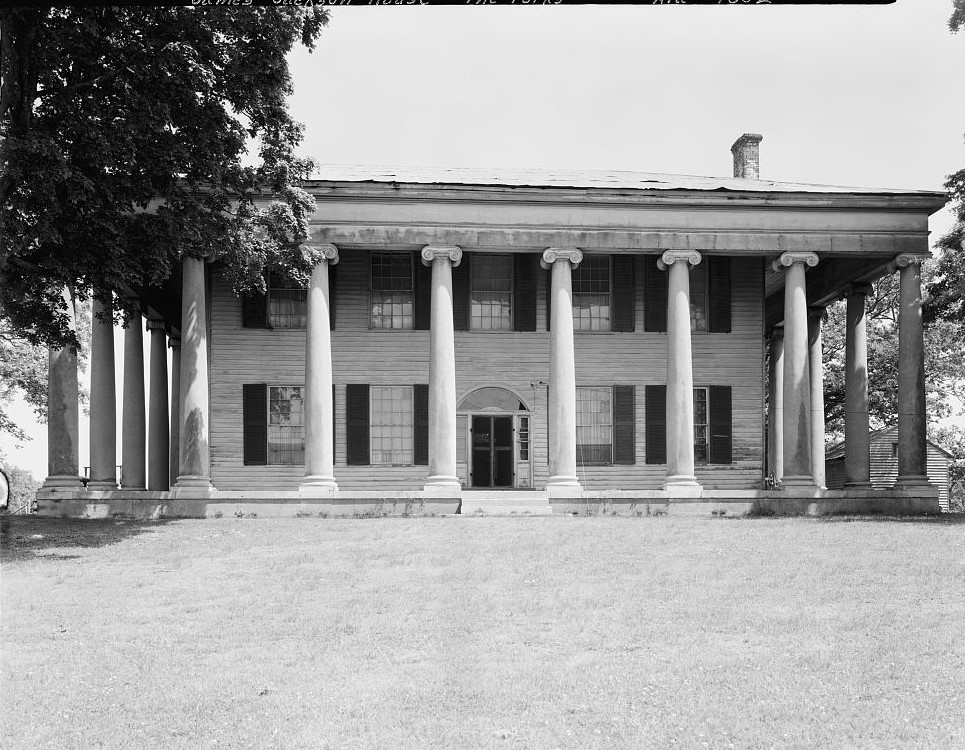 (Updated with a new film and Podcast)

Five miles north of Florence, Lauderdale County, Alabama was a wonderful example of a temple type mansion, popularized by President Thomas Jefferson. The Forks of Cypress stood like a crown jewel atop a knob-shaped hill for many years.

James Jackson (b. Oct. 25, 1782 – August 17, 1840), an Irishman by birth, selected the site for his home even before Alabama became a state. He helped organize the Cypress Land Company which platted what is today the city of Florence, Alabama. The sale of this land brought a rush of people into the Tennessee Valley. In 1830, Jackson was named president of the Alabama Senate.

The extensive Forks of Cypress was built for James Jackson on the commanding spot that Double Head, a famed Native American chieftain once owned. The land was given to Double Head by the Federal Government when he stopped fighting as his own private reservation.

Big Cypress and Little Cypress creeks border the plantation and merged just beyond the entrance of the half-mile-long drive, hence the name—Forks of Cypress. The mansion was designed by famed architect William Nichols.1 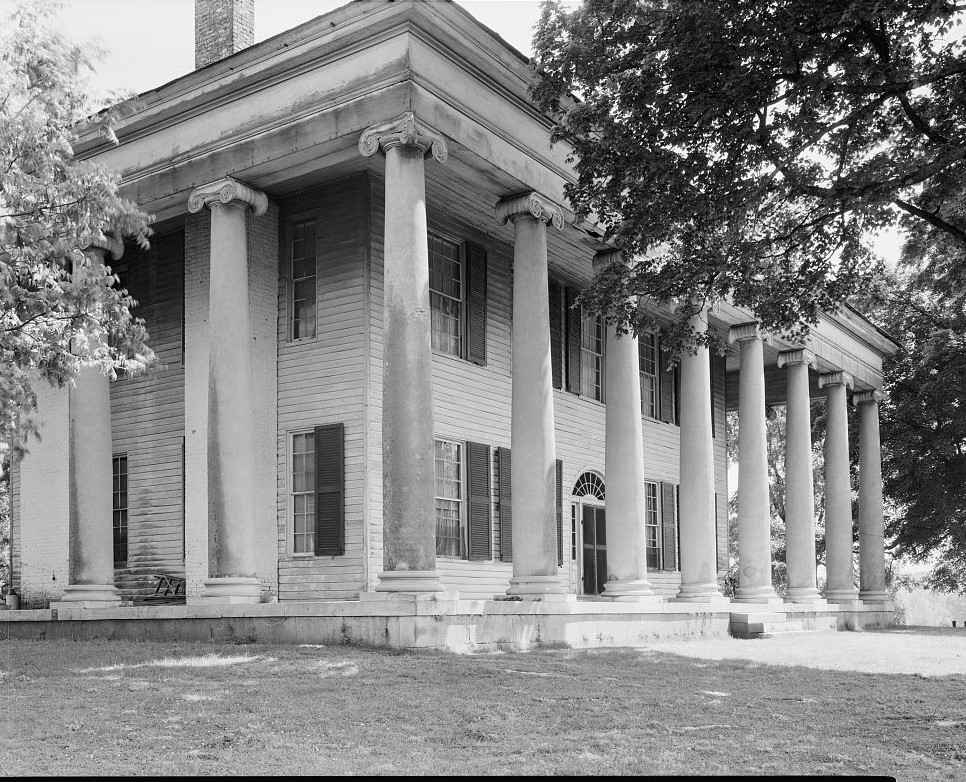 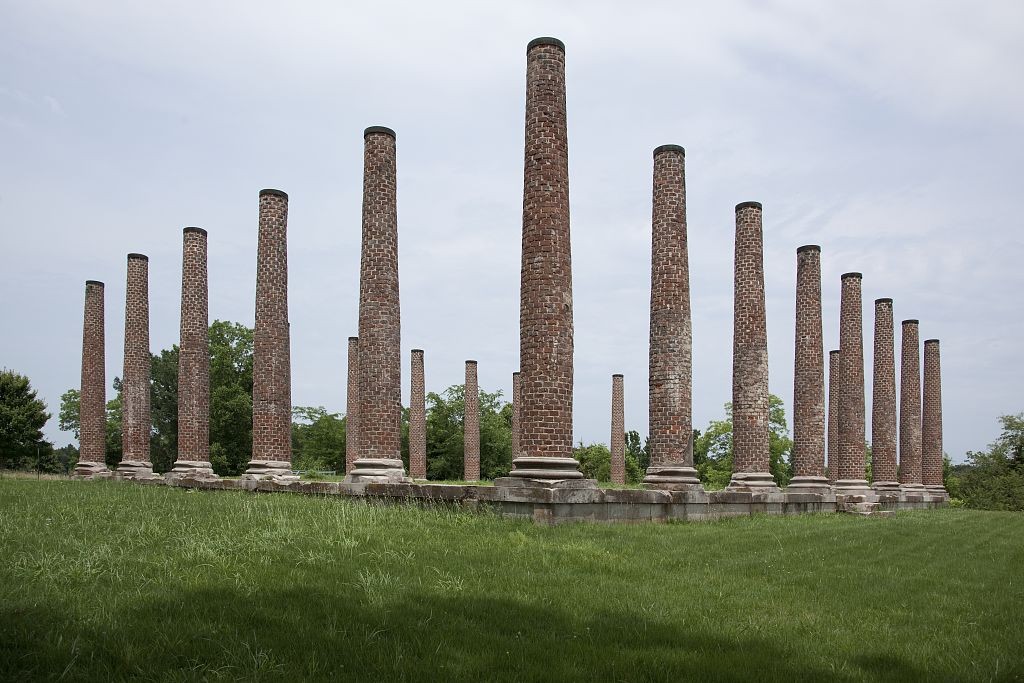 Columns are all that remain of Forks of Cypress house in 2010 (photographer Carol Highsmith, Library of Congress)

Twenty-four towering columns, hand-made on the premises, surrounded the dwelling on all four sides. The bases were cut from native stone, and tapered upward to the “splendidly proportioned Ionic capitals.”2 Repairs in later years revealed that the columns were made of bricks overlaid with thick crusts of stucco. The stucco was made by mixing sand, horsehair and charcoal with molasses. Despite over a century of torrid summers and frequent winter snow storms, the molasses treated columns stood up remarkably well. 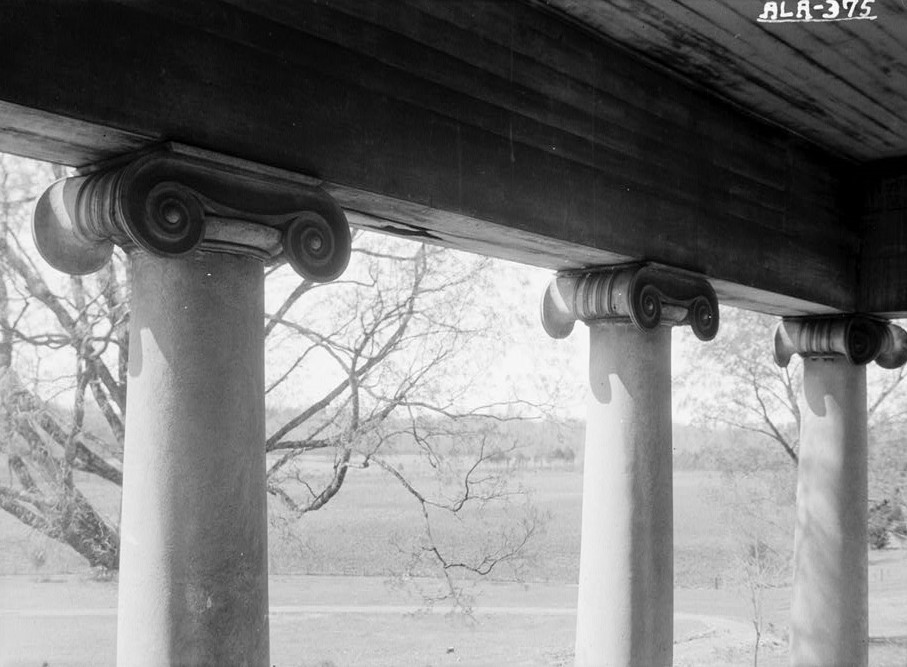 The hand-cut stone front steps flared out from the ground tier and were reproductions of the Ionic column capitals. “The windows followed the simple lines used throughout the mansion.”3 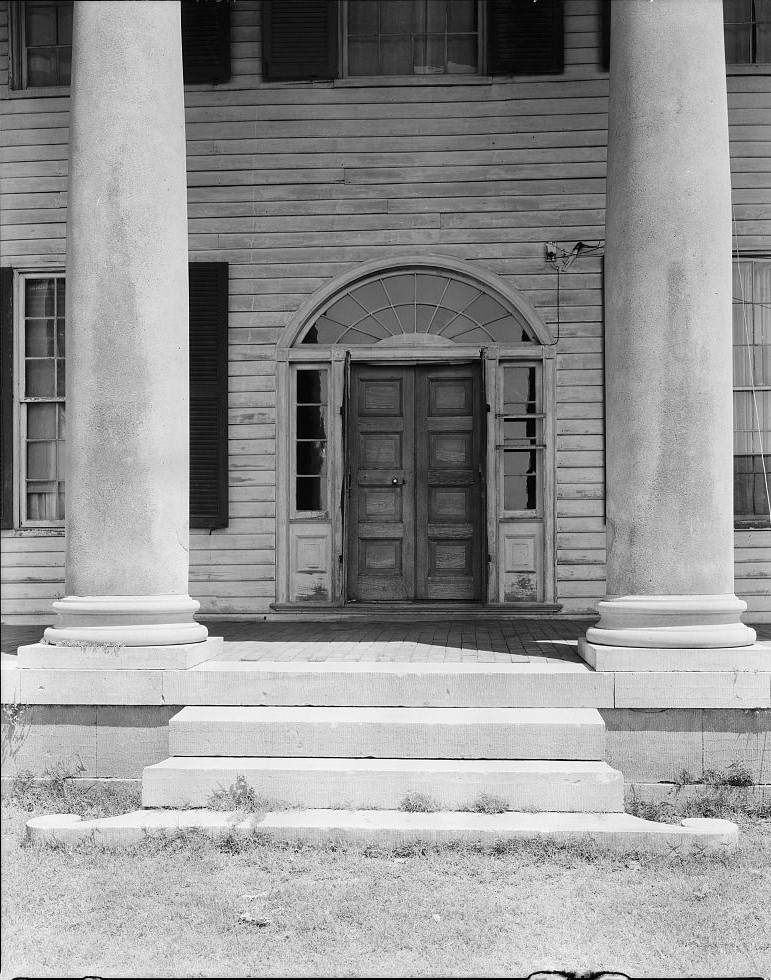 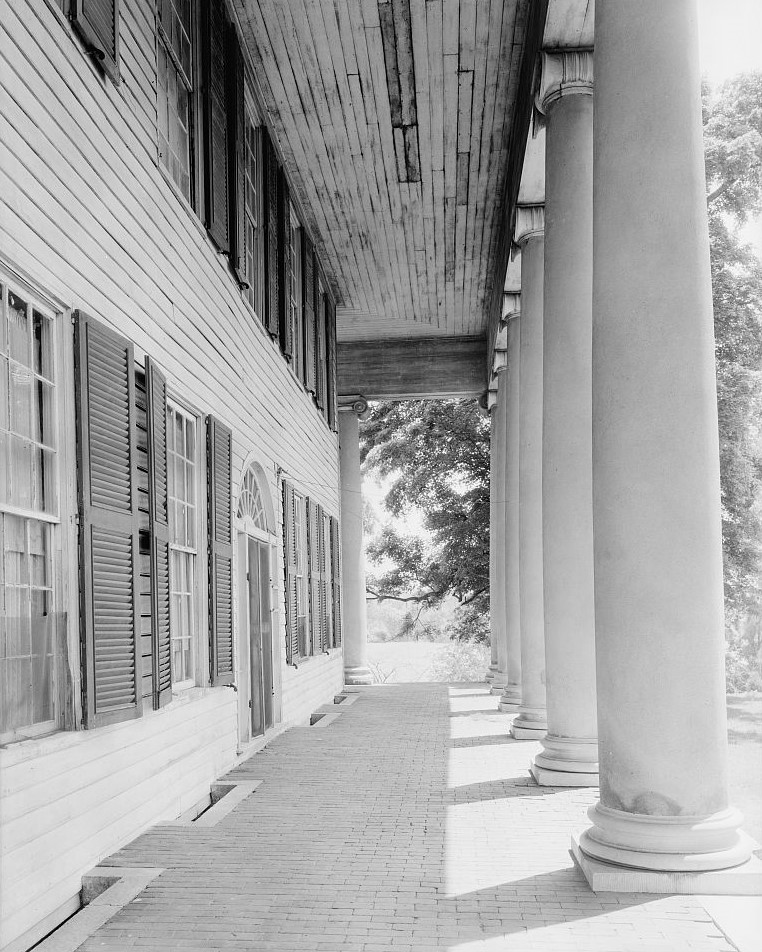 A T-shaped hall was entered from the front door which revealed a broad arch into the wide end of the hall, measuring 23 by 16 feet. Beyond the hall are double doors with simple, square-paned transom. The parlor mantel was hand-carved while the dining room had “an Adam like mantel with many hand-carved rosettes.”

Four great bedrooms upstairs were on either side of a great hall. The two largest were 24 feet square. “Originally, one was the boys’ room and the other the girls’ room, and each had four-postered beds to accommodate the overflow of children who were always finding their way to Forks of Cypress and its abounding hospitality.”4 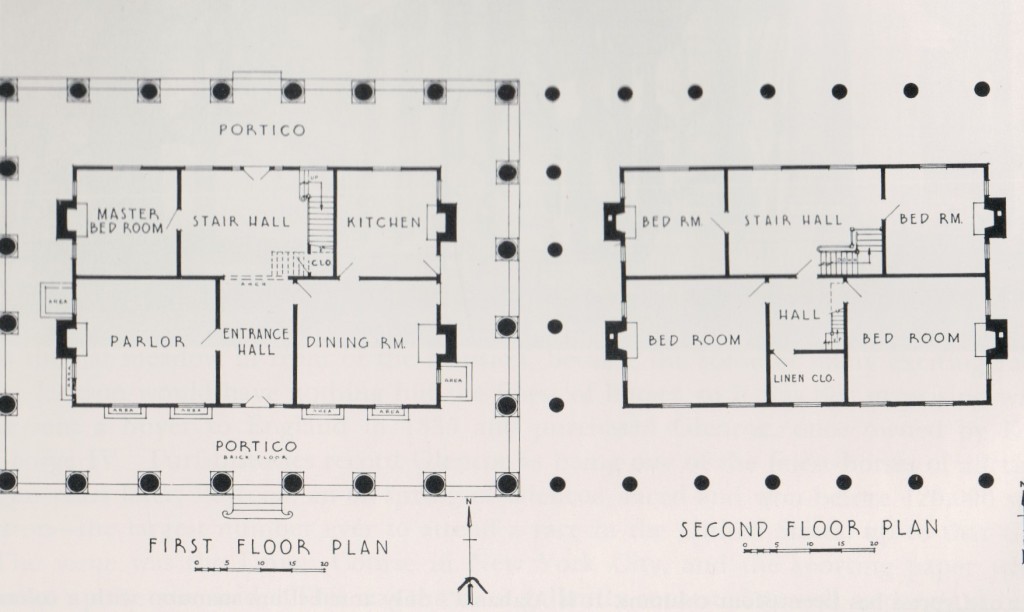 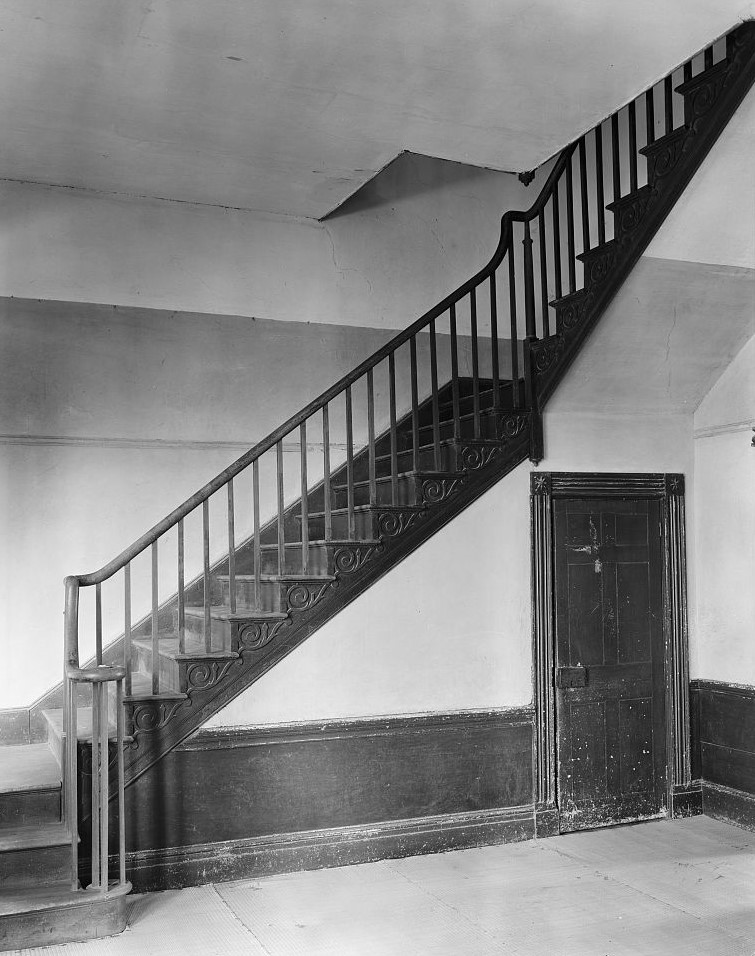 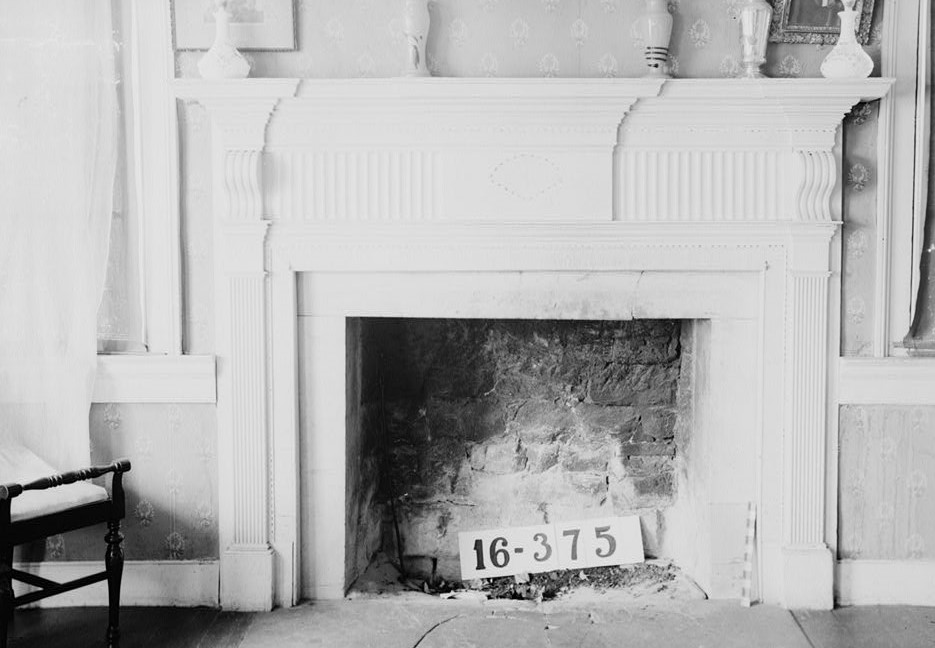 A unique feature of the house was the air-conditioned basement. The basement was actually called a ‘cellar’ in its day and had been dug out of the ground beneath the house. The cellar was used to store food because it was cool in the summer and warm in the winter. “Twelve-inch slit openings gave ventilation from beneath each window across the front veranda, and since the top of the basement was lower than the top level of the brick porch, small slits a foot deep and a foot wide, ran the width of each window and gave light and air to the cellar below. The walls around these slit openings were cut from limestone with notched on grooves at all corners, each dovetailing into the other and interlocking with a remarkable evenness.”5 A great cypress log that had been hollowed-out with vat-like sections was used for water storage. 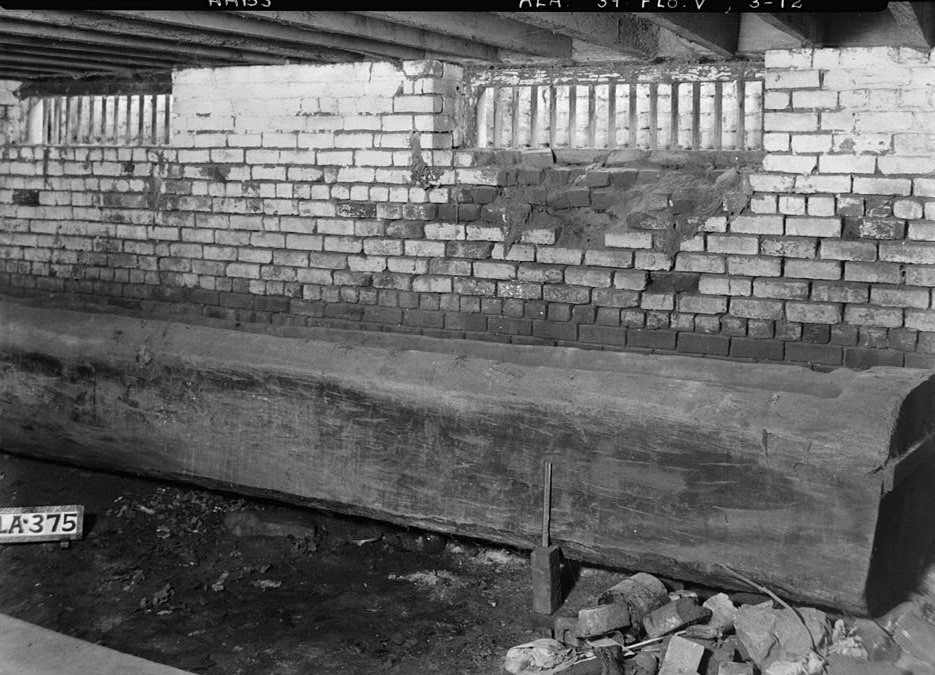 Lived the life of an aristocrat

James Jackson and his beautiful wife, Sally Moore (McCullough) Jackson lived the life of an aristocrat at The Forks and reared a houseful of children. “The children were taught music and etiquette by polished governesses, and they read the classics widely. Four times yearly a big box of the newest books arrived from a book dealer in Philadelphia.”6

Jackson was a great lover of racehorses and he built stable and bred thoroughbreds at The Forks that became national champions. He had a regulation racetrack built in the flat meadow in front of the mansion. In 1835 he sent a buyer to England to purchase the famous thoroughbred, Glencoe, who was once owned by King George IV. An offspring of Glencoe, Peytona, raced and won at Union Course in New York City before 120,000 spectators—the largest number to ever attend a race in the United States. Two other famous thoroughbreds owned by Jackson were Leviathan in 1830 and Gallopade in 1835. 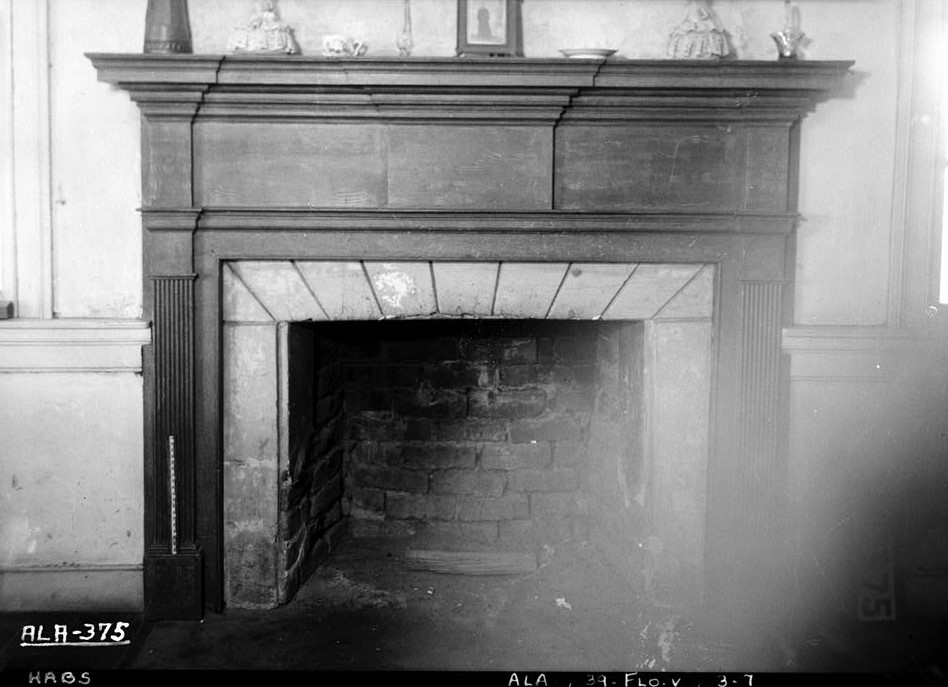 After the death of James Jackson in 1840, his wife Sally kept the plantation going, even after the horses and the slaves left in the Civil War. “During the Civil War invading Union forces used the lands of the Forks as a base camp. Some of writer Alex Haley’s ancestors were slaves on this plantation, which provides a setting for much of his book, Queen: The Story of an American Family.

Lived to the age of ninety

Sally lived to be ninety years old. James Jackson, his wife and many descendants are buried in the family burial ground in the back of the house. The will of James Jackson, recorded September 15, 1840, at the Lauderdale County Court House, directed his nephew Thomas Kirkman to manage a trust which would control and gradually sell off the racehorses, a duty Kirkman completed in 1848, with the sale of Glencoe, Kirkman took the thoroughbred horse to Kentucky, a neutral state. 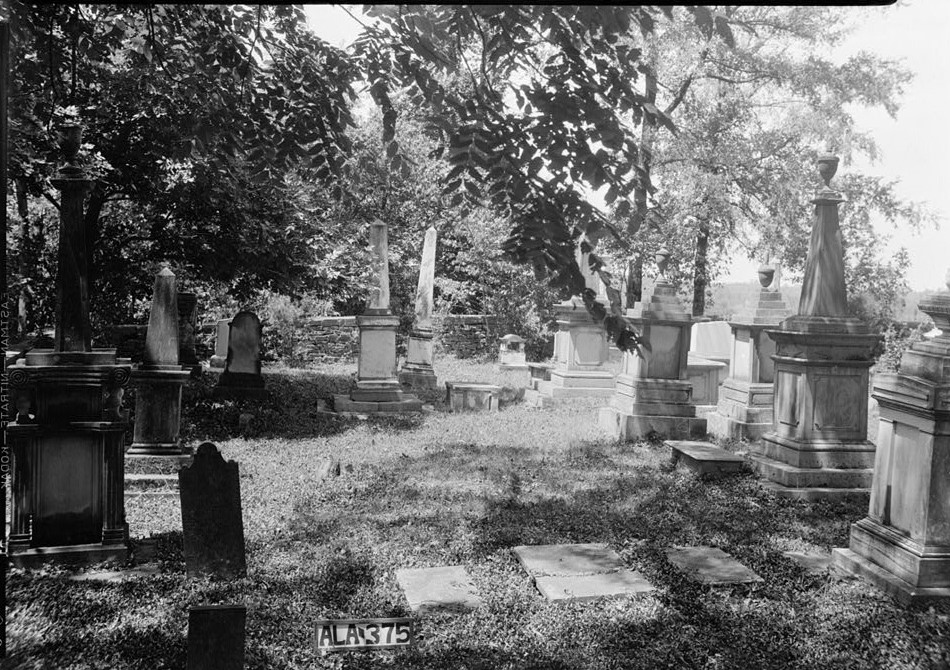 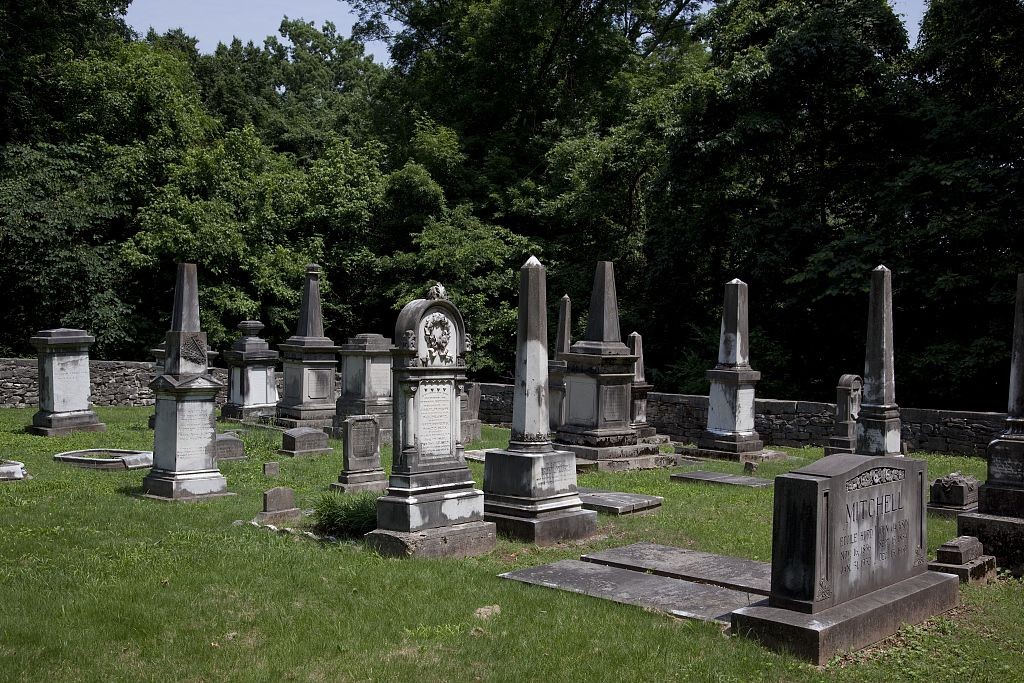 Sadly, the main house was struck by lightning on June 6, 1966, and burned to the ground. The site was placed on the Alabama Register of Landmarks and Heritage on April 14, 1992, and the National Register of Historic Places on October 10, 1997. It is now the property of the State of Alabama while a local board has oversight. 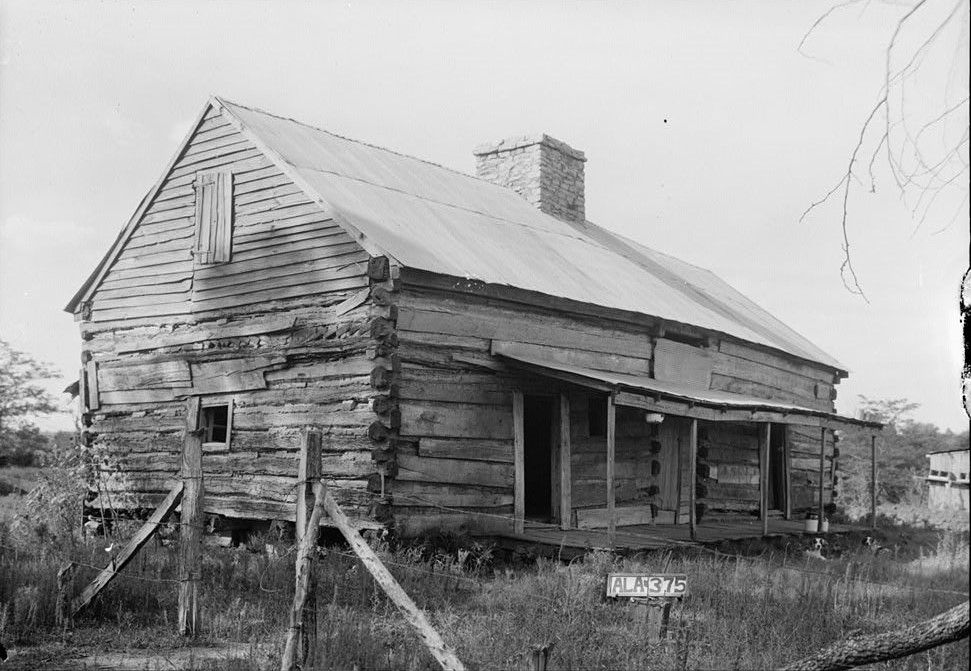 Only brick pillars and outbuildings remain

All that remained on the site after the fire were the brick pillars, the original log house, several outbuildings, and the Jackson family cemetery.  The log house has since been destroyed by vandals. “A near replica of the main house was built in 1983 in downtown Florence, Alabama at 321 N. Seminary Street and is 5 miles (8.0 km) away from the original site. The replica serves as a Regions Bank branch. In addition to the Regions Bank replica, another replica of The Forks of Cypress was built in 2005. It is located near the Historic Natchez Trace Parkway in western Lauderdale County, Alabama approximately 16 miles west of Florence. This building is a private residence and it is not open to the public.”8

Of course with most historic sites, ghost stories prevail and The Forks of Cypress is no exception. On the plantation is an abandoned bridge called Ghost Bridge where people report they experienced paranormal activity.

Additional longer videos (below) on the Forks of Cypress were uploaded to Youtube by bst1018 – They tell more details about Jackson, his family, and The Forks.