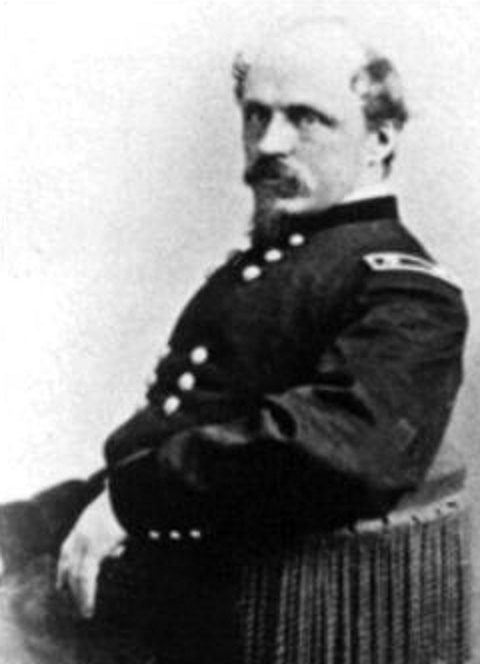 The Freedmen’s Bureau was a bureau in the United States War Department, created by act of Congress, March 3, 1865, for the “supervision and management of all abandoned lands, and the control of all subjects relating to refugees and freedmen from rebel states, or from any district of country within the territory embraced in the operations of the army, under such rules and regulations as may be prescribed by the head of the bureau and approved by the President.”

Discordance: A Novel of one family’s destiny (Volume 1)

Its official title was the Bureau of Freedmen, Refugees and Abandoned Lands, and it was created to last one year. Congress extended the life of the bureau to July 16, 1868, by act of July 16, 1866, which was passed over the veto of President Johnson.

In 1868, it was given another year’s lease of life, and was discontinued January 1, 1869, except with respect to educational work, which it was empowered to continue until 1872. The bureau was in charge of a commissioner, with several assistant commissioners, the former and most of the latter being Federal Army officers. Gen. O. O. Howard was at the head of the bureau during its entire existence. 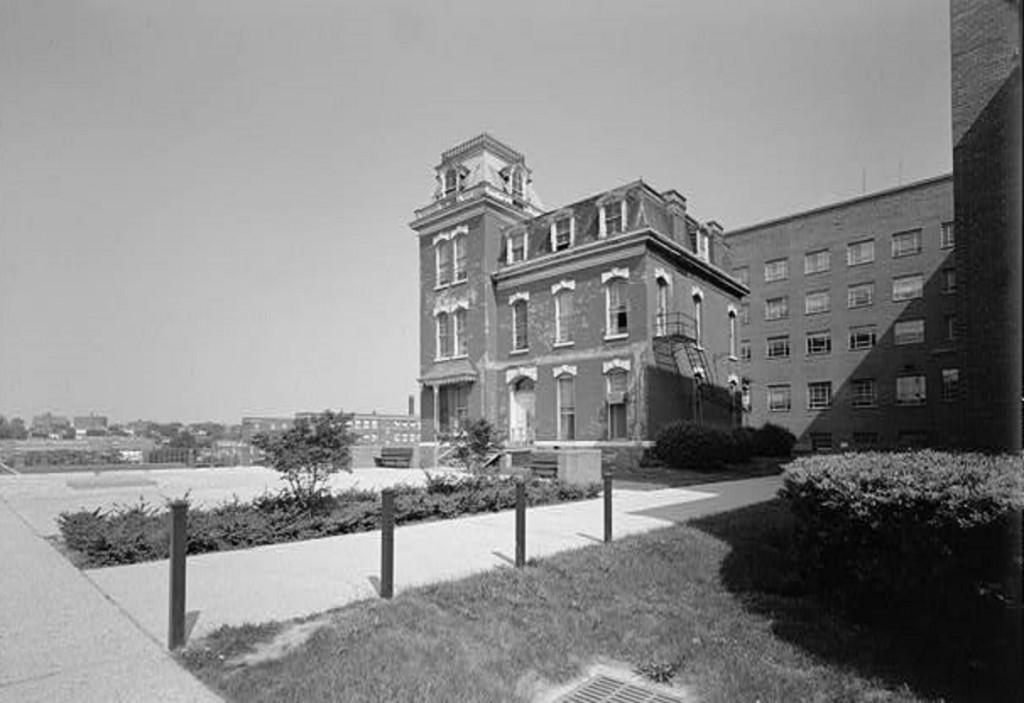 Built by Gen. Oliver O. Howard, commissioner of the Freedman’s Bureau and founder of Howard university. Home was purchased by the university in 1909 for use as offices and classrooms.(Library of Congress)

It was several months after the passage of the act establishing the bureau before its organization in Alabama was perfected. During the interim, various Army officers acted as its agents and had the care of its negro wards. Under the operation of the freedmen’s law there were nearly half a million negroes within the jurisdiction of the bureau in the State, of whom about one hundred thousand were children and forty thousand aged and infirm.

During the first months of its existence, the negroes in north Alabama were under the jurisdiction of the assistant commissioner for Tennessee. A local bureau under the supervision of the Louisiana bureau was established at Mobile about April or May, 1865, which for a time was superintended by T. W. Osborn, who assumed the title of assistant commissioner for Alabama until he was transferred to Florida.

In July, 1865, Gen. Wager Swayne was placed at the head of the bureau for the entire State. Previous to his arrival, there had been few regularly appointed agents in the State. In some cases, missionaries and representatives of aid societies of the North, then sojourning in Alabama, were placed in charge of the camps of freedmen near the towns. Agents were appointed at Mobile, Demopolls, Selma, and Montgomery, all of whom were officers in negro regiments.

Upon assuming charge in the State, Gen. Swayne appointed Charles A. Miller as his assistant adjutant general. He stated that he was kindly received by most of the people and was “agreeably disappointed,” in the attitude of the people toward him. 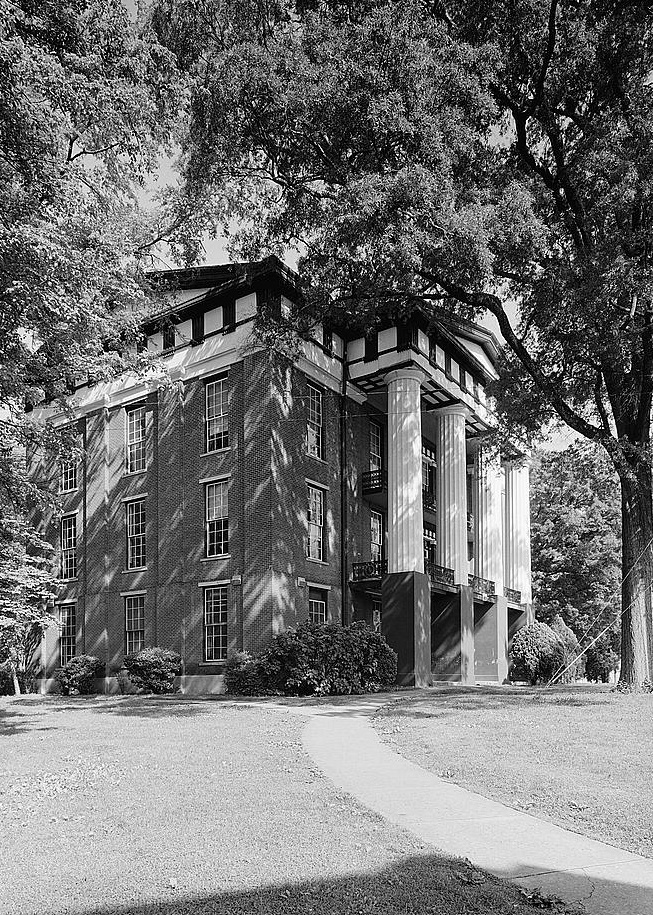 Built in 1857, and eventually named for Wager Swayne, Swayne Hall is the oldest building on the campus of Talladega College, Alabama’s oldest private historically black college located in Talladega, Alabama. The building was placed on the National Register of Historic Places on December 2, 1974 (Wikipedia)

The bureau in Alabama was subdivided into five departments; abandoned and confiscated lands; records, labor, schools and supplies; finance; medical; and bounties. The territory of the State was divided into six districts, each controlled by a superintendent.

Each superintendent supervised the issue or rations in the county where his headquarters was located, and was aided in the work by an assistant superintendent in each of the other counties under his control. These officers were empowered to make arrests for infractions of the law, and also had full control of the making and carrying out of contracts between employers and the freedmen.

West Point Graduates were in charge

During the latter part of its existence, the subdivisions of the bureau were in charge of officers of the Regular Army, graduates of West Point. These officers were strict with the negroes, would not tolerate idleness, and endeavored to make them realize that they must work to live. The rules were too strict and they too often sided with the whites in disputes to meet with the approbation of the northern Radicals. Therefore increasing pressure was brought to bear on Gen. Swayne to replace these officers and such southern civilians as were agents of the bureau with civilians from the North.

The financial support of the Freedmen s Bureau was derived for the most part from the confiscated property of the secessionists, and by the sale of property formerly belonging to the Confederacy, the State and the counties. In many of the small towns there were storehouses, hospital buildings, foundries, iron works, cotton, or other supplies formerly belonging to the Confederacy or to the State, and all of these were seized by the United States Government, sold, and the proceeds used for the maintenance of the bureau. The Confederate iron works at Brierfield were sold for $45,000, three blockade runners on the Tombigbee River for $50,000, and certain hospital buildings for $8,000.

Soon after its organization in the State the bureau began to insist that contracts be made between the freedmen and prospective employers. All such contracts were to be submitted to the superintendent of the district to be approved and registered. A list of unemployed freedmen was kept at the bureau office, and persons in need of laborers were expected to apply there for them.

A regular schedule of wages for labor of specified classes was prepared and conformity to it insisted upon in all cases. The bureau even regulated the time and manner for paying wages, stipulating that payments were to be made quarterly, beginning July 1. In addition to the stipulations as to wages, the contracts provided for just treatment, wholesome food, comfortable clothing, suitable quarters, fuel, and medical attendance, and no contract was binding unless signed by both parties and registered at the bureau office. There were rules, on the whole just and equitable if they had been enforced, providing for deductions from wages on account of sickness, and for indemnifying employers for losses occasioned by their employees leaving without cause or permission, feigning sickness or falling to work faithfully.

One of the chief causes of the disorganizing influence of the bureau in the State was the character of its subordinate officials. Had those persons in immediate charge of the freedmen and in contact with the whites of the various communities been of equal character and competence with the higher officials, the bureau’s work on the whole might have resulted in benefit both to the whites and the negroes.

Discordance: A Novel of one family’s destiny (Volume 1)

Inspired by true events of the Cottingham family that resided in 17th century Somerset, Maryland and Delaware, colonial America comes alive with pirate attacks, religious discord, and governmental disagreements in the pre-Revolutionary War days of America.  The Cottinghams eventually settled in early Alabama and their life is typical of many early Alabama pioneers.