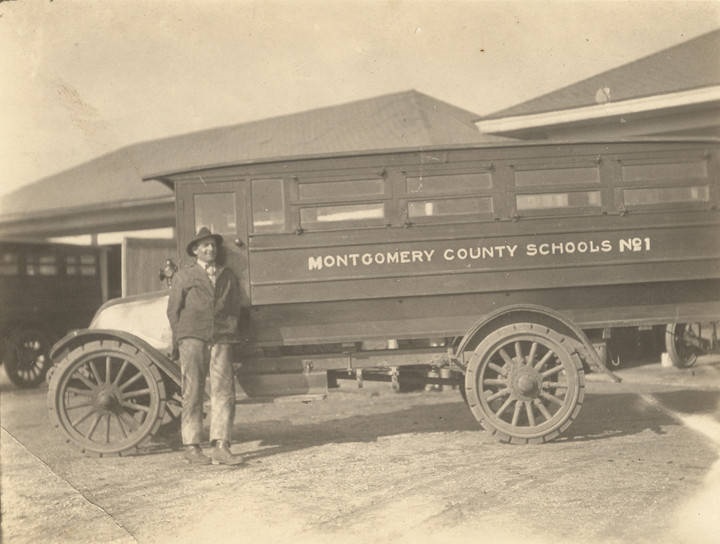 In the 1930s and 1940s, bus travel was the common way to travel to school, around town and to other parts of the country. Advertisements and the streamlined design of buses in the 40s added to the appeal. Bus riding hit its peak during World War II when car production nearly ceased and gasoline was rationed. (Continued below ad)

The photographs below from the Alabama Department of Archives and History and Birmingham Public Library take us back in time. What is the longest trip you ever took by bus? 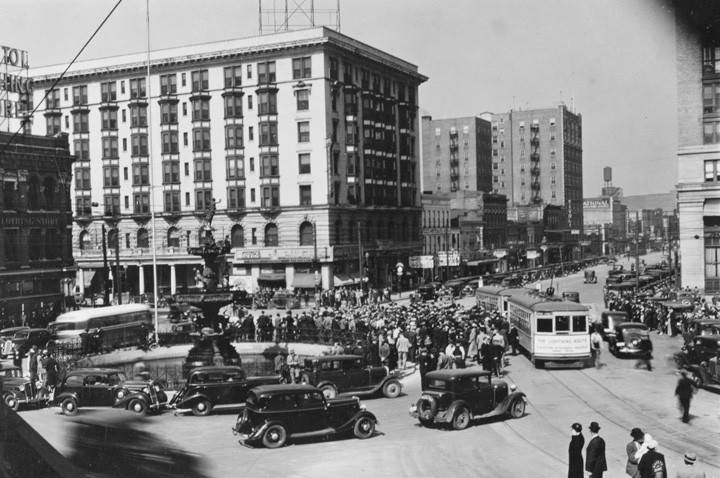 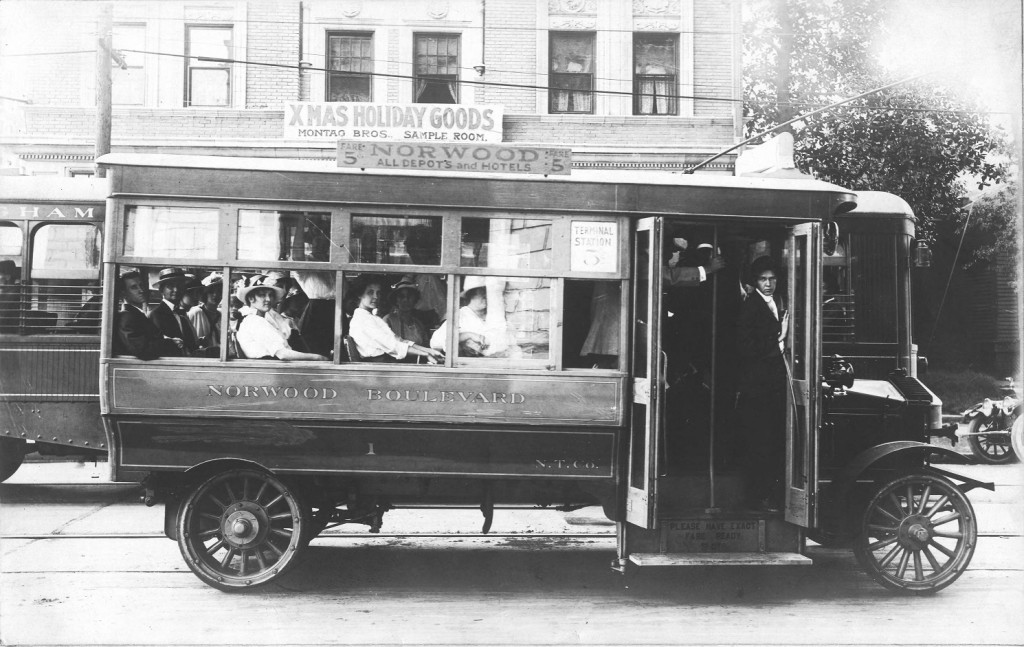 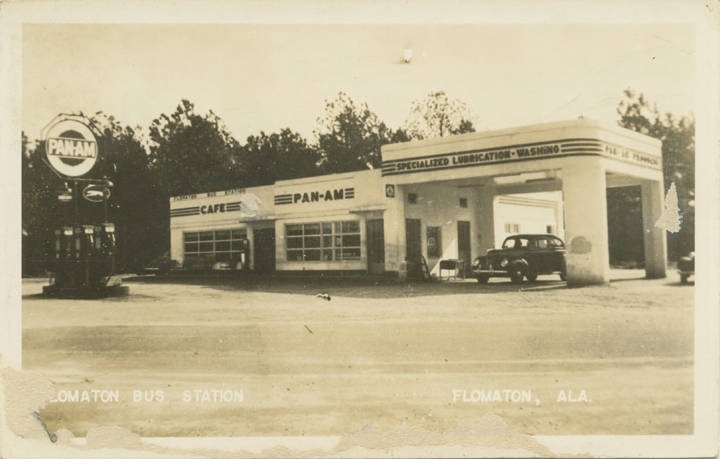 Getting off the bus at their house twelve miles from Ramer High School where they go every day – four female students in Montgomery County, Alabama standing by a school bus ca. 1920 Q3898 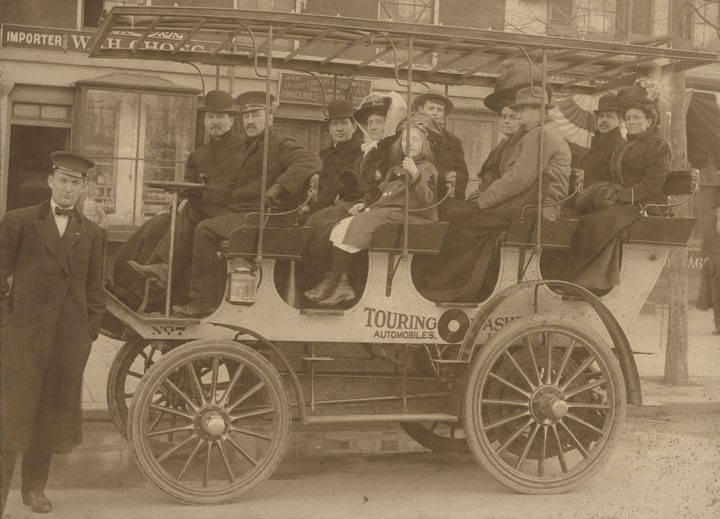 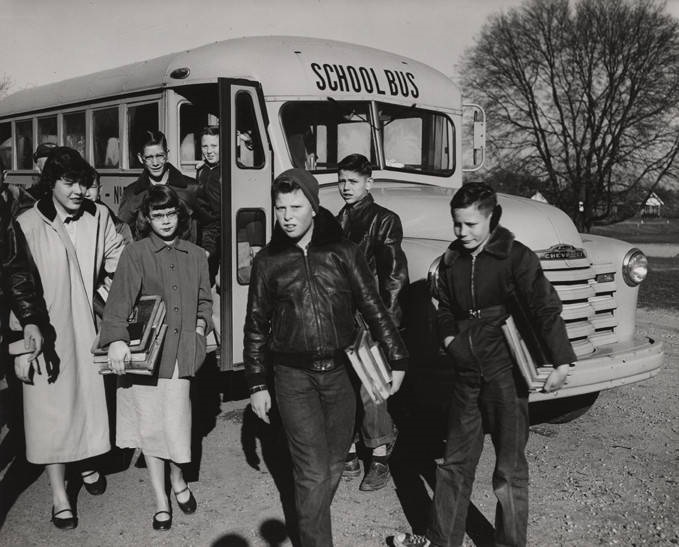 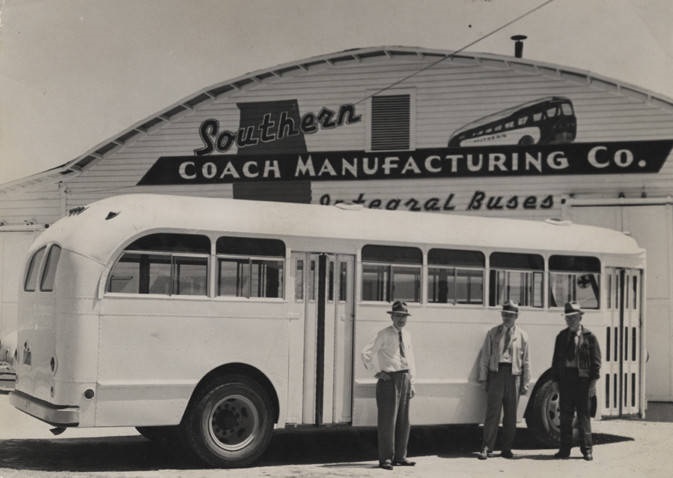 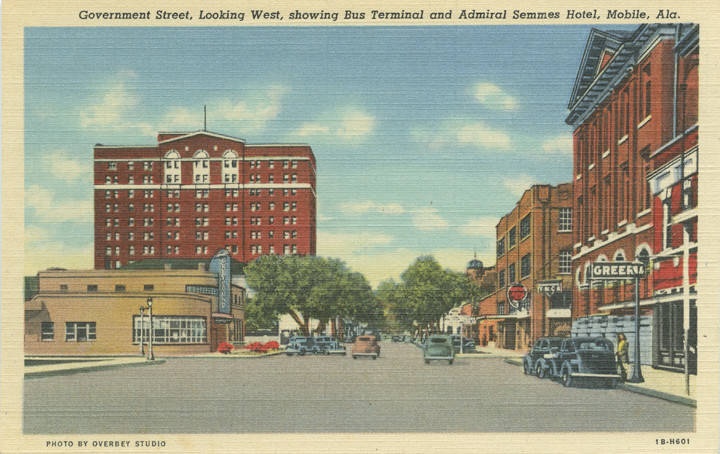 Government Street, Looking West, Showing Bus Terminal and Admiral Semmes Hotel, Mobile, Ala postcard ca. 1930-1949 – Q54813 – Admiral Semmes Hotel and Bus Terminal are both new in the picture and modern buildings faced Government Street which was a part of the old Spanish Trail. Both buildings are located two blocks of the entrance of Bankhead Tunnel, which passes under Mobile River. 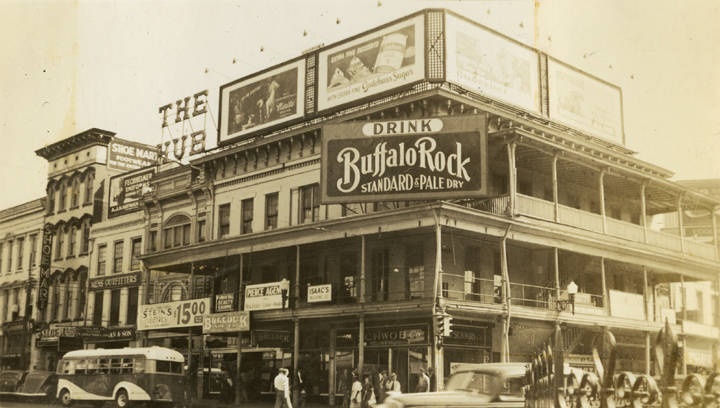 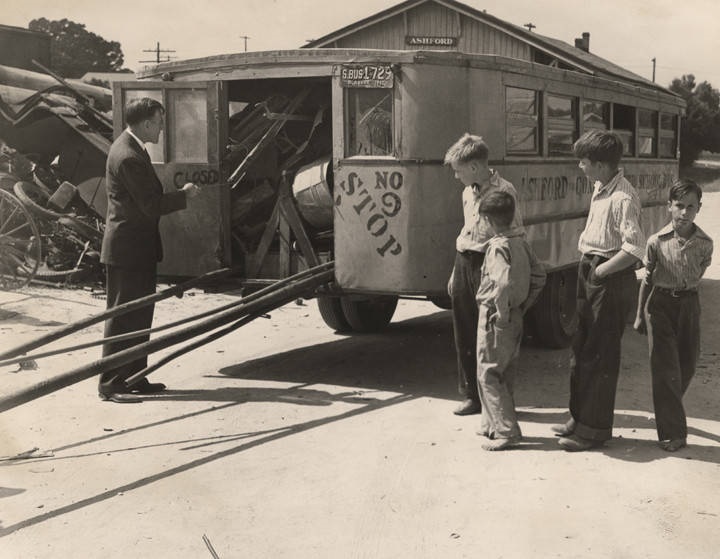 School bus in Ashford, Alabama, loaded with scrap metal ca. 1941-1945. The metal was collected for a salvage drive during WW II Q7772 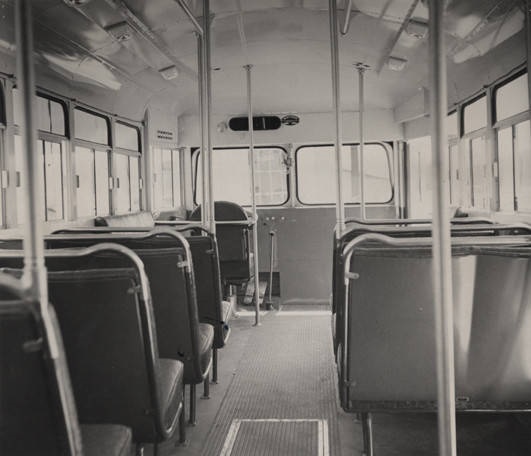