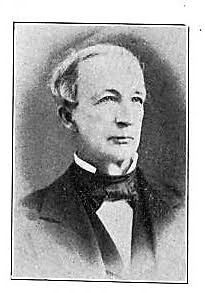 In February 1854, the Planters’ Insurance Company was incorporated in Greensboro. (Hale County, Alabama). Books for subscription to the capital stock were opened March 17th, 1854, and stock to the amount of $130,000 was subscribed. Henry Watson, Esq., was the President.

The company did a general insurance business and also a banking business, and was the first banking establishment ever in the town. It proved a great convenience to the citizens who had formerly done their banking business with the commisSion merchants and banks of Mobile and Selma.

The War Between the States

At the breaking out of the war between the States, in 1861, all except $50,000 of the capital stock was returned to the stockholders, this amount being retained to keep alive the charter, and business was abandoned until better times should arrive. The war lasted so long, and its termination was so uncertain, that the company sold its real estate and personal effects and closed out the entire concern, paying to the stockholders the capital and Surplus in full. This was done in February 1865. The company was never revived, and for ten years Greensboro was without banking facilities. The Planters’ Insurance Company owned and did business in the store house on Main street owned of more recent years by the late W. G. Miller.

HENRY WATSON, Who was a prominent citizen of Greensboro from 1833 to 1861. He was a law partner of Hon. John Erwin and was also the President of the first banking institution in the town. Died in 1891 in Northampton, Mass.

As indicative of the scope of the business engaged in by the Planters’ Insurance Company, the following advertisement is copied from a publication of 1856:

This Company, located at Greensboro, in Greene County, Alabama, with a perpetual Charter, and a capital of $130,000, all paid in and securely invested, will do a general Insurance Business. Public buildings, stores, stocks of merchandise, dwelling houses, gin houses and cotton warehouses, insured against loss by fire at reasonable rates. River and Marine risks taken, and insurance made upon the Lives of White Persons and of Slaves, and upon live stock. The well-known standing and safety of this Company, and its convenient location, it is believed, will secure to it a preference where Insurance is desired. Money received on deposit with or without interest. Terms of deposit made known at the office of the Company. Loans made upon Bills of Exchange at 8 per centum per annum.

Changes in banking after the Civil War

Sereno Watson, the Secretary, after the liquidation of the Planters’ Insurance Company in Greensboro, went to Massachusetts, and subsequently became a very distinguished botanist. At the time of his death, which occurred at Cambridge, Mass., March 9, 1892, he was Curator of the Herbarium of Harvard College.

On January 1st, 1875, D. F. McCrary gave notice to the public that he had opened an Exchange and Banking office in Greensboro, and that he would buy and sell exchange on all points and would also receive money on deposit and pay out same on checks free of charge. He advertised that he had “one of the famous Speigle-eisen Safes with combination lock.”

Mr. McCrary continued in the banking business until 1881 when he was succeeded by Dr. A. Lawson, who conducted the business until 1905 when “The Peoples Bank of Greensboro, Alabama,” was incorporated under the laws of the State, with a capital stock of $50,000, of which institution Dr. Lawson was made President by the stockholders.

James B. Coleman conducted a bank in Greensboro early in the “80’s” but discontinued business in a few years.

Shelby W. Chadwick also did a banking business for Some time, and was succeeded by M. Jones & Son, who, in 1900, were succeeded by Lee M. Otts. After conducting the bank as a private banking institution for a few years, Mr. Otts converted it into “The First National Bank of Greensboro, Alabama,” with a capital stock of $50,000 and conducted it as such until 1904.

In 1894 “The Bank of Greensboro, Ala.,” was organized with Col. C. Derrick as President, who was succeeded in 1896 by J. A. Blunt. It was conducted under this name until 1904, when “The Bank of Greensboro” bought out the First National Bank from Mr. Otts, and assumed its name, and increased the capital stock from $50,000 to $100,000. Mr. Blunt was continued as President of the First National Bank, and Mr. Charles Stollenwerck was made cashier, both these gentlemen holding their respective positions to the present time. (1908)

In more than half a century in the history of banking in Greensboro, there has never been a bank failure, which record speaks for itself and the gentlemen who have conducted the institutions.

In April 1871, A. H. Ravesies & Co., established a cotton warehouse at the Greensboro depot, and conducted it as such until they were bought out by A. C. Evans, who for a number of years carried on the business of storing cotton. Mr. Evans, in turn, was bought out by Messrs. J. A. Blunt and T. R. Ward, who constructed a large brick warehouse, most of the materials used therein being taken from the wreckage of the “Nelson House,” the largest, most commodious and most beautiful residence ever constructed in Greensboro. It was built by Gideon Nelson sometime in the latter part of the fifties, at a cost of nearly a hundred thousand dollars.

The floors of the lower story were of the finest marble, and the ceilings were frescoed by painters from abroad. It was a gorgeous place. There were fountains in the front yard, and rarest shrubbery and trees adorned the place. The war wrecked the fortunes of the Southern planters, and after Mr. Nelson’s death the house passed into the hands of various parties, and was finally torn down and the materials, as before stated, were used in the construction of the warehouse at the depot. In what was the front yard to this splendid mansion, there are now located some half dozen or more neat cottages. The warehouse constructed of the Nelson home materials was destroyed by fire in October 1906, together with a large amount of cotton, which was paid for by the Southern Railway, as it was proven that a train on that road caused the fire. The present commodious warehouse is the successor to the one destroyed by fire. It was built by Mr. J. A. Blunt in 1907, he having bought out the interest of Mr. Ward in the business.