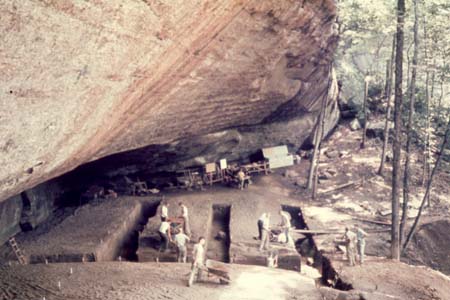 “Somewhere beneath the dust may be the first skeleton of a Paleo Indian to be found in the Western Hemisphere.” 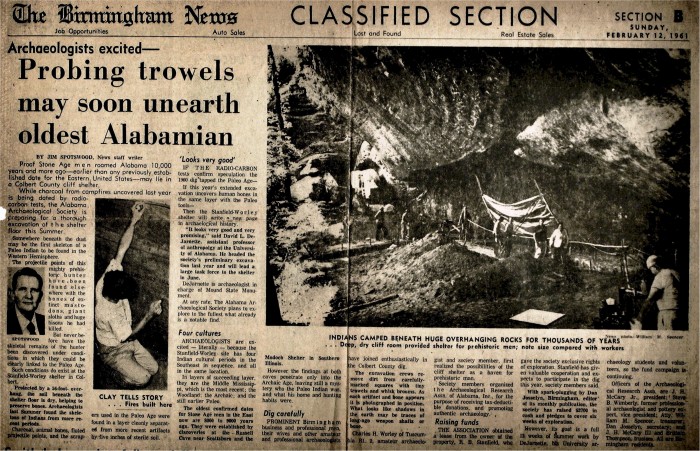 Paleo-Indian culture of seminomadic hunter-foragers lived in open countryside and in natural rock shelters (e.g. Russell Cave in Jackson County and the Stanfield-Worley bluff shelter in Colbert County) 10,000 BC to 7000 BC.

Previously confirmed dates for Stone Age men in the East was 8000 to 9000 years ago. The confirmation was established by discoveries at Russell Cave near Scottsboro and the Modock Shelter in Southern Illinois.

Archaeologists throughout the world took notice in 1961

In Colbert County, there is a place called the Stanfield-Worley Bluff Shelter that excited archaeologists throughout the world around 1961 when charcoal from campfires found there was believed to provide proof that Stone Age men roamed Alabama 10,000 years and more ago. By 1960, it was clear that north Alabama had possibly the densest concentration of Paleo-Indian sites within the United States.  During the years of 1961-1963, the state of Alabama was experiencing Civil Rights struggles which probably diverted attention away from this historic discovery and it did not receive the attention it probably would merit. 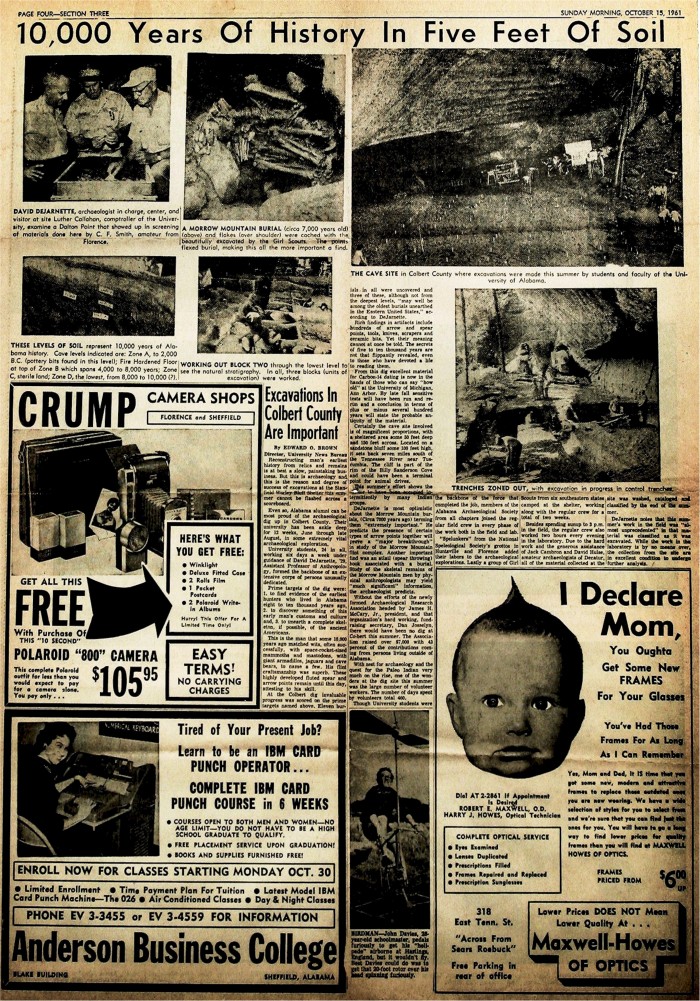 I can never forget her words – they left an indelible impression on me -Click to read a true story of how Hitler took over Germany.

One of most prehistoric sites excavated in the state

The Stanfield-Worley Bluff Shelter, located on private property of R. B. Stanfield in Colbert County in northwestern Alabama, United States, is one of the most important prehistoric sites excavated in the state due to the archeological evidence deposited by the Paleo-Indians who once occupied the rock shelter.

The site was unique because it has four Indian cultural periods in the Southeast in sequence, and all in the same location. Charles H. Worley, an amateur archaeologist, first recognized the cliff shelter as a haven for prehistoric man. 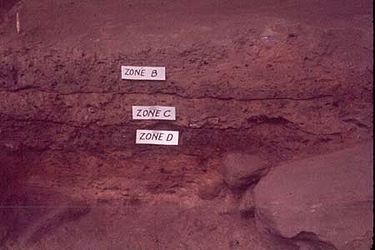 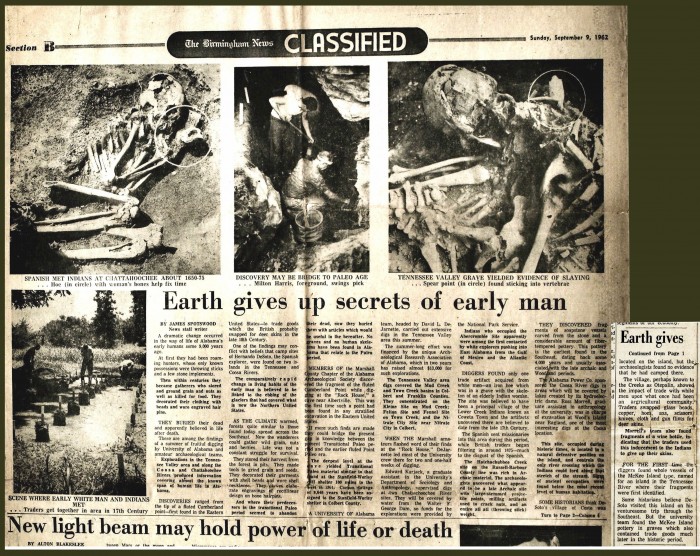 Lying in Sanderson Cove along a tributary of Cane Creek approximately seven miles south of the Tennessee Valley, the shelter and the high bluffs of the surrounding valley provided a well-protected environment for the Native American occupants.

Paleo-Indian culture of seminomadic hunter-foragers lived in open countryside and in natural rock shelters (e.g. Russell Cave in Jackson County and the Stanfield-Worley bluff shelter in Colbert County) 10,000 BC to 7000 BC.

The excavation of the Stanfield-Worley Bluff Shelter commenced in 1960, after gaining approval of the property owner, Robert B. Stanfield.

Partnership between the University of Alabama and Archaeological Research Association

The project was under the guidance of the North Alabama Project, a partnership between the University of Alabama and the Archaeological Research Association of Alabama. The first two field seasons (1960 and 1961) were reported by David L. DeJarnette and colleagues.A report, entitled “Stanfield-Worley Bluff Shelter Excavations,” was in the Journal of Alabama Archaeology, 1962, from the DeJarnette Research Center at Moundville, Alabama. The authors were David L. DeJarnette, Edward B. Kurjack and James W. Cambron. The excavation of the third and final season (1963) was smaller in scale with the results never being published. 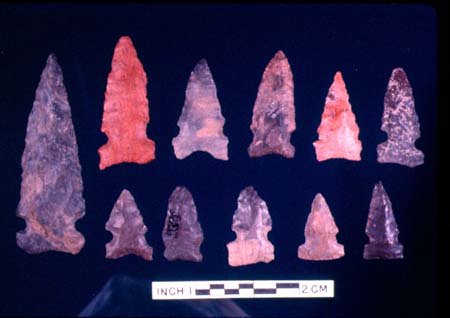 For all Stanfield-Worley’s importance, the 1963 excavations along with recovered cultural material and data have been little studied and remain unreported. By 1963, Edward B. Kurjack had left the University of Alabama to carry out a settlement pattern survey at Dzibilchaltun—the subject of his doctoral dissertation at Ohio State. Oscar Brock was assigned to duties at Mound State Monument. The two men visited the site again in 2008 and their experience is written up in Stones & Bones, The Newsletter of the Alabama Archaeological Society, Volume 50, Issue 4, July-October 2008

During the year of 1963, the state of Alabama was experiencing Civil Rights struggles which probably diverted attention away from this historic discovery and it did not receive the attention it probably would have normally received.

The Stanfield-Worley shelter remains on private property and According to The Earliest Americans Theme Study for the Eastern United States, Stanfield-Worley Rock Shelter is considered a strong candidate for National Historic Landmark status