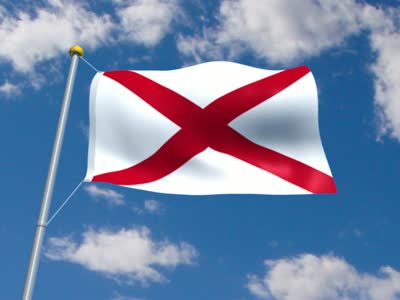 (transcribed from The Alabama Historical Quarterly Volume 1, No. 2, Summer Issue 1930)

The cottage in which the first model of the present flag of Alabama was made, stands at the northeast corner of Hull and Grove Streets, 535 Hull Street, Montgomery, Ala.1 The land upon which this cottage is built, was first owned by Judge John Goldthwaite, according to the earliest plat of the City.

On April 29th, 1850, Judge Goldthwaite sold the land, with several of the surrounding acres, to Oliver and Harriet Wetmore of New York City. Mr. Wetmore held it until 1853 and then divided the section into lots and sold them, most probably, at public auction, as this was the customary way of selling large sections of land at that time In each issue of the newspaper of Montgomery published at this time, and on file now at the office of “The Montgomery Advertiser”, we find advertisements of men who lived solely by auctioneering.

The lot on which the house now stands was sold for $300.00, to John M. Nowell and Elizabeth, his wife. Nowell evidently built the house between 1853 and 1856, because after holding this lot for less than three years he sold it and the improvements thereon, for $1100.00, showing the greatest increase in sale price of any period during the sale of the land.

“Tapestry of Love is a new Historical series about the ancestors of a family who originally settled on the Eastern Shore of Virginia in 1638 and migrated to Alabama in the early 1800’s.”

On the 17th day of July, 1855, Joseph A. Gaboury, the; President of the Street Railway Company of Montgomery, bought the property and lived there for thirty-three years. Mr. Gaboury was distinguished as having, as a Civil Engineer, constructed the first practical and successful electric street railway system in the United States, that of Montgomery.

The first trolley car of the system was tested on Court street. Among the first passengers were Charles Van Depole, a Belgian chemist and inventor, Warren S. Reese, Mayor of Montgomery; J A Gaboury, President of the Street Car Company, and Colonel W. W. Screws, Editor of the Montgomery Advertiser.

There are many amusing incidents of this first street car that have been related, and as amusing as they are they are really true.

Each man’s watch in the trolley car stopped

It is said that as each man took his seat in the car, immediately his watch stopped. This was caused by the dynamo which was in the front of the car and uncovered. No harm was done the watch, however, for after leaving the car, it began ticking once again. The dynamo was a magnet for keys. A man’s key ring, or any single key being brought into the car would immediately be drawn in its direction.

At this time bustles were the height of fashion and as the dames and belles of the day stepped into the entrance of the car (which was at the rear) they quietly slipped into the seat nearest the door as the dynamo held the same fatal attraction for the steel in the bustles as it held for the gentleman’s keys.

Colonel Sanford had been Colonel of the 60th Alabama Infantry Regiment,,Confederate States Army, Attorney General of Alabama and at a later day Clerk of the Supreme Court of Alabama. 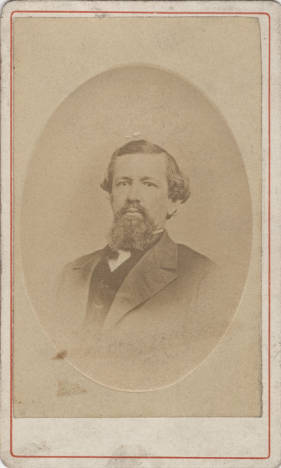 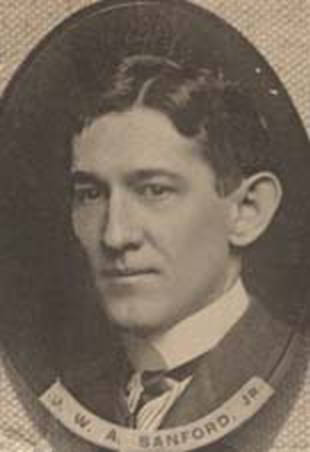 The cottage is unpretentious, consisting of parlour, dining room, kitchen and bed rooms, with a narrow hall leading from the front door directly through the entire house. The timbers of the house show its age. The underpinning timbers are mortised, that is, cut to fit one into the other and pinned together with wooden pegs.

During the life of Colonel Sanford the house was struck by lightning, causing a small fire, but with the aid of the Volunteer Fire Department the flames were soon extinguished. Just before his death General Sanford made a deed of the property to his wife, Sallie Taylor Sanford, which reads: “For and in consideration of the great love and affection I bear to my wife, Sallie Taylor Sanford, and for $1.00 to me in hand paid—I hereby grant, sell and convey to Sallie Taylor Sanford, her heirs and assigns forever, the following real estate Lot No. 13 in Square No. 6 in City of Montgomery, State of Alabama, and etc.”

Sallie Taylor Sanford was a noted belle and beauty of Montgomery, one of the two lovely daughters of William Henry Taylor, a courtly South Carolina gentleman who came to Montgomery about 1830. Before leaving South Carolina, William Henry Taylor gave a part of his plantation to the City of Columbia. He also gave the plot for the Theological School in Columbia which institution has recently been moved to Atlanta, Georgia.

The household furnishings of the Sanford home were interesting and lovely. The greater part of them came from Colonel Sanford’s paternal home in Milledgeville, Ga., a home noted for its great beauty and its hospitality. However, there were many lovely pieces of silver from the Taylor family and one life size portrait of Mrs. William Henry Taylor, painted by a famous artist of that day.

I am quoting my interview with him as nearly as possible in his own words: “My father and Abraham Lincoln went to Springfield together in 1841; at that time it was a small town. We were living near neighbors to the Lincolns, at the outbreak of the War, and the two families were as intimate as next door neighbors in a small town usually are.

“Both families attended the same Episcopal Church, although Mrs. Lincoln after the President’s death attended the Presbyterian Church. In my childhood I most probably saw Lincoln hundreds of times but have no vivid recollection of him alive. It was during my tenth year that he was assassinated and his corpse was brought to Springfield. I saw him as a corpse in Springfield, 3rd May 1865. His body lay in state in the old State Capitol, the present Court House of Springfield. The State Capitol of Alabama reminds me of this building. It was a large white, double front building with entrances on either side.”

“While the body was lying in state two lines of soldiers guarded the entrance. The crowd marched between the soldiers in single file and when I took my place it was necessary for me to walk six blocks to get in line. In the building a guard of officers were standing on. either side of the body with drawn swords, as the line of friends and admirers silently passed for their last view of the President.”

“I remember that my mother and father attended the wedding of Lincoln and also that my mother was possibly the only person other than the immediate family who saw Mrs. Lincoln at the time of her death.”

“Mrs. Lincoln, who was a Southern woman and had brothers in the Confederate Army, was very fond of the Southland. She never became reconciled to Northern customs, particularly in regard to the servants. She did not understand how to manage white help. To keep servants, often Mr. Lincoln without her knowledge, was compelled to give large tips and bribes.”

“After Tad Lincoln became a man he was very successful, at one time he was a Cabinet Member. Again he was President of ‘The Pullman Company’. From the time he was elected President of the Company until my mother died in her ninetieth year, he presented my mother with passes for all of her travels in memory of the friendship that existed between her and Mrs. Lincoln.”

The Six Flags that have flown over Alabama 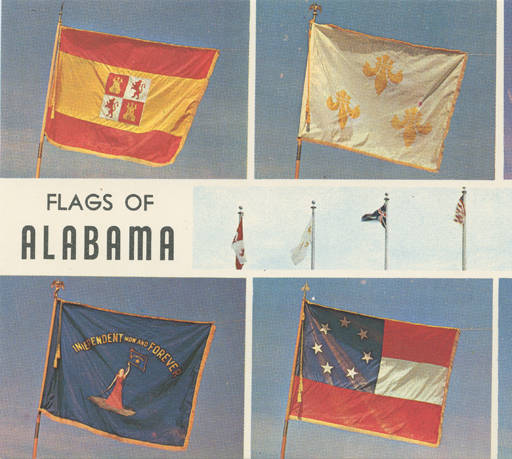 1Cottage no longer stands on this corner.

(This the second of a series of historic homes in Alabama, is accompanied by a free hand drawing of the house in which the present Alabama flag was designed and in which lived the author of the bill adopting the present flag of the State. Mrs. Maud Augusta Martin Butler, wife of Eugene Butler, Adjutant General of Alabama National Guard, who has by painstaking research brought together the interesting facts contained in this article, has also contributed the pencil sketch of the quaint and historic old house described as Alabama’s Flag House.—Editor)