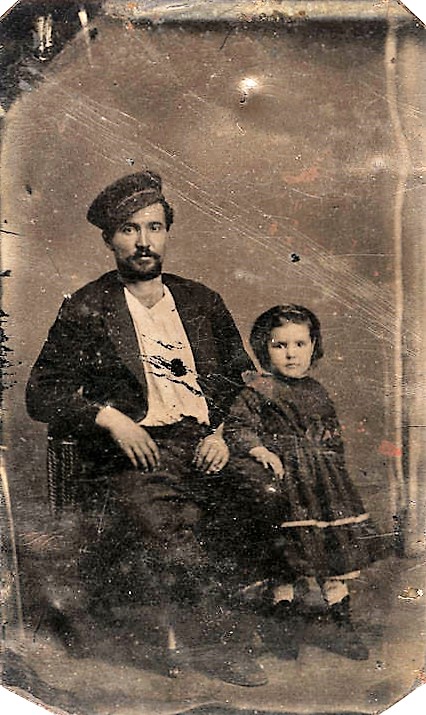 During the 1930s, Great Depression era, many writers were employed to interview people around the United States, so their experiences and life history could be recorded The program was named the U.S. Work Projects Administration, Federal Writers’ Project and it gave employment to historians, teachers, writers, librarians, and other white-collar workers.

This is a transcribed, unedited story from around 1936. The story did not have any names associated with it, but it evidently was told by someone who lived in the mountain area of Alabama. The transcriber did a good job of trying to record the language. The descriptions are beautiful and read almost like poetry.

A lot has been said about “mountain people”, but so far as I kin see, we hain’t so different from other folks.

We all come into the world the same way; we all breathe the same air; even if it is het up and cooled off in different ways; we all eat the same vittles – just cooked different. A pot o’ biled cabbage, and a good crusty corn pone tastes as good to us – and a sight better than cabbage kivered with cream sauce ,as they call it, and baked with cheese grated over it, and put on the table in the same fancy dish it was cooked in, with 1ittle bokays of paisley all eround it. Corn bread sticks .too, look a sight diffrunt, but have the same things in ’em as a corn pone.

Them things is all right, and tasty too, but it is the same as a person who has had a stroke of bad luck he is mighty glad to hev any duds that will keep him warm, and clean, maybe and well enough to git eround but, after a sartin time passes, ef he has used his time to any advantage, he dresses up more, and looks better but ten to one, he don’t feel no better, maybe not as well.

When the folks on Lookout mountain, and in the valley too, first come to this kentry, they moved in from Va., and the Carolinas and a few from Georgy, but most uv the old settlers went to Sand mountain, from Georgy and Tennessee.

When my family moved into Alabama ten families come at the same time, from Barnesville, Georgy. In them times, the roads was jest waggin tracks, over the thick carpet of brown pine needles. On either side of the road was thick woods, with the big branches wavn’ in the high winds, and the pine trees moanin’ so loud you couldn’t scarcely hear yersef~ think, let erlone talk.

We wuz 14 days makin’ that trip so the waggins wuz kivered with thick, heavy sheetin’, or canvas on some, fer shelter and pertection too. They wuz ten uv those waggins pulled by long-horned steers, rollin’ erlong one after t’other. The oxes’ feet did not make much sound in the pine straw. I’ve ‘seen many a parade since then, but nary a one that looked so good to me, as that line of kivered waggins, pulled by them patient, ploddin’ oxen, with the tips of their long horns glittering in the sunlight.

But best of all, wuz the faces shinin’ outer them waggins of old neighbors and friends goin’ ter settle a new kentry and take pot luck altogether.

We stopped and had dinner at Cave Springs, Georgy and a might purty place it wuz. I hear they’ve got ‘lectric lights in that cave now, and people pay to drink from that spring, ‘way back up in the cave but nawth1n’ could be added to make it look plumb like a picture’ more than it did that day those ten kivered waggins was drawn up around the cave, with the thick walls uv green trees all around. That day, the wind fairly sung through them pine trees.

All the animuls wuz wattered, and we all set around and et the vittles that we had brought with us, all of our own raisin’. Meat and raised bread, raised with hops grown on a trellis out behind the kitchen and we had baked apples, and sweet potato biscuit we had hoochelers, the cling-stone peach, peeled thin and dried whole; and the seed flavored it fine, when it wuz cooked and I still remember them pampadoodles bread dropped in boilin’ fat, and fried a golden brown.

We never knowed a thing in them days ’bout bringin’ home a meal in paper sacks. Any settler woulder been ashamed ter show his face to have to borry, er buy to feed a neighbor.

The settlsrs lived plain, and worked hard, but we allus had somethin’ to divide.

At Cave Spring, we sat around and talked an’ planned until the moon riz and the road wuz light as day but I recollect now how keerful we wuz thet nobody saw the moon over his left shoulder fer that shore would have brung bad luck.

These folks who talk so much about “helpin’ the mountain people,” many uv ’em don’t stop to think how maybe we don’t look with favor on the same things. The very things they value the highest may rate pretty low with us and vicey vercy as we used to say in the old Blue backed Speller.

Mountain people stick together, clannish some calls it. But we mighty nigh know that blood is thicker’n water and that Bible verse about “He that sheds man’s blood, his blood shall be shed,”is as good a law’s we want.

Those furriners who ride through the mountains in their fine cars, with their drivers dressed up like a policeman, er an army captain call theirselves tourists call the mountains “grand,”· and “gorgeous” but to us they mean a lot more than that they’re a livin’ part uv us. Theys times that they’re kivered with blue-grey clouds and look so sullen, you watch fer red sparks to fly. Then theys days when the sunlight falls like gold with soft shadows that turn the big rocks black, again the bright green moss. Then, in the Fall all the leaves change color, and the hills seem alive.

But the best is on an early mornin’ when the highest peaks rear against the sky with its soft changin’ colors like pearls er roses and the mornin’ breeze comes up, and the dew is in the air, and the birds flutter and chirp and begin to sing. Then the first rays uv the sun slip over the peaks.

There wuz a time when folks wuz lonesome in the mountains. No roads through the winter fitten to travel, no schools fer the kids never see nobody outside the family fer weeks and months. But them times is gone all changed. The State and County done part uv it, but the biggest change all through this kentry, is what President Rosyvelt and his woman has done fer us. Folks said Mrs. Rosyvelt went all over the kentry to see what all the folks needed to help to whatever job they had, in the best way it could be done.

One uv those travelin’ furriners dropped a paper once, and I seed in it a picture uv two miners diggin’ down underneath the ground, and one uv ’em looked up and said, -Gosh, there comes Mrs. Rosyvelt.”

I never held with women knowin anythin! much, about their man’s affairs, but I think this is one case where the meddlin’ of the President’s woman has been a mighty good thing fer the kentry. Fer mountain folks fer Valley folks and fer all the folks.

Faith and Courage: 2nd edition -A Novel of Colonial America Inspired by real people and actual events, the family saga of colonial America continues with Ambrose Dixon’s family. Faith and Courage presents the religious persecution of Quakers in Pre-Revolutionary War days of America intertwined with a love story.