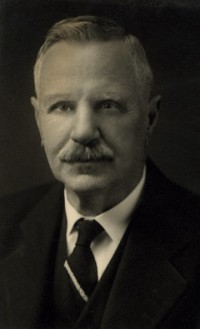 Dutton Steel Lightcap was one of Talladega’s leading dentists. He was born at Pottstown, Montgomery county, Pennsylvania, Jan. 8, 1856. His paternal grandfather, Jacob Lightcap, was at one time a large landowner in Eastern Pennsylvania, owning a tract of land of which Fairmount park, at Philadelphia, forms a part. He was a Tory during the Revolution. His son, Samuel, father of Doctor Lightcap, was one of the first locomotive engineers in the employ of the Philadelphia & Reading Railroad company. He married a Miss Mary Carpenter, of Pennsylvania, and removed to Milwaukee, Wis., where he continued to follow the occupation of engineer until his death, which occurred in March 1900. At the time of his death, he was one of the oldest engineers in the country. He and his wife were members of the Baptist church for many years. She died in 1880.

Dr. D. S. Lightcap received his general education in the public schools of Pottstown, and at the age of seventeen years began working in an iron mill, where he worked his way up to the position of master mechanic. In 1885 he accepted a position with the Brierfield Coal & Iron company and came to Brierfield, Alabama. He remained with this company for about three years, after which he took up the study of dentistry, and in 1890 graduated from the Atlanta Dental college. Shortly after his graduation, he located at Talladega, where he built up a lucrative practice.

He was a firm Democrat and held the office of alderman from one of the wards of the City of Talladega. He was a member of the Masonic fraternity and was one of the charter members of Talladega lodge, No. 603, Benevolent and Protective Order of Elks. He became mayor of Columbiana, Alabama in the 1920’s.

In 1880 he married Minerva Savage, a daughter of George W. and Charlotte (Kerst) Savage, of Pottstown, Pa. Her father was one of the first stove founders in the State of Pennsylvania. Her mother was a descendant of Jean Berthelot, a Huguenot, and numerous descendants of the Berthelot family still live in eastern Pennsylvania.

Doctor Lightcap and his wife were members of the Baptist church. They had one son in 1904, Edgar Lightcap, a student of dentistry at the Atlanta Dental college in 1904. After his 1st wife’s death,

He married 2nd Ida Dunklin Knight in 1908 and they lived in Columbiana, Alabama.