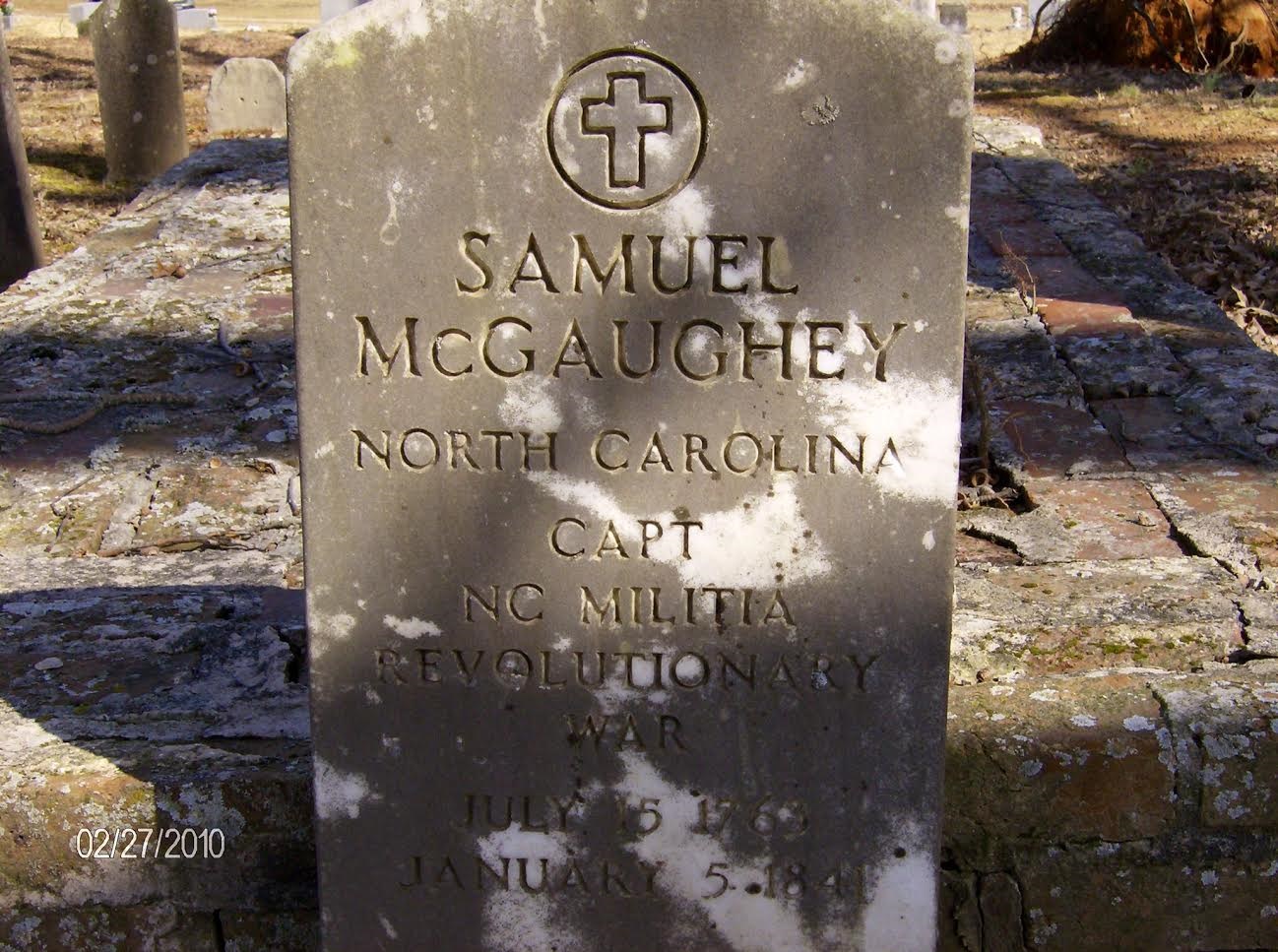 The Tale of Two Samuels

Samuel McGaughey was born July 15, 1763 in York County Pennsylvania to Scots-Irish immigrant parents William and Elizabeth(Lackey) McGaughey.  The McGaugheys settled on the Appalachian frontier and eventually became settlers of the Watauga Association.

In 1779 Samuel marched against the Chickamauga Indians under Col. Shelby, in the fall of that year he served as a scout against the British and Tories. He volunteered in the fall of 1780 and served under Col. Shelby and Campbell at the Battle of Kings Mountain. He was later commissioned a captain and served under Col. Sevier at the battle of Eutaw Springs. After moving to Alabama his log cabin was used as one of the first Presbyterian churches in North Alabama. He died in 1841 drawing his Revolutionary war pension. 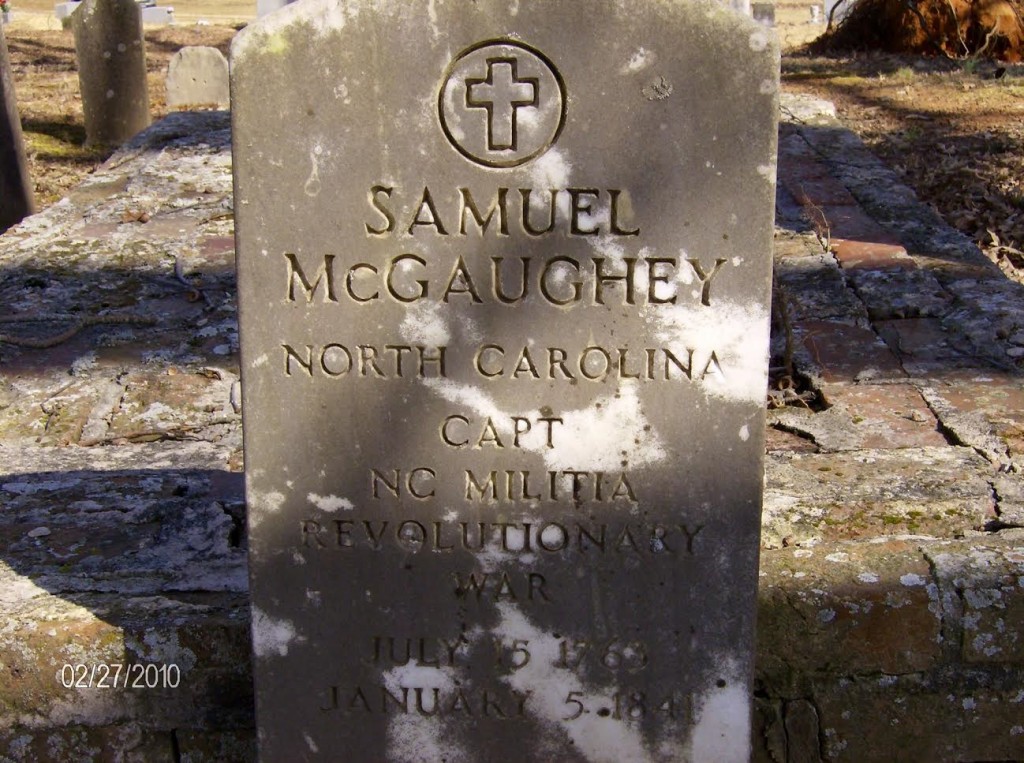 His Grandson and namesake Samuel McGaughey(1827~1863) also felt the call of duty and joined as a private in Company D 44th Alabama Volunteers and marched off to Virginia to serve the South leaving a wife and children never to return home. Samuel(2) caught camp fever and died in 1863 and is buried in a mass grave at the Old Blandford Church in Petersburg Va. His wife(Charlotte 1833~1896) never remarried she is buried at Salem cemetery in Montevallo with the inscription on her headstone “until we meet again” 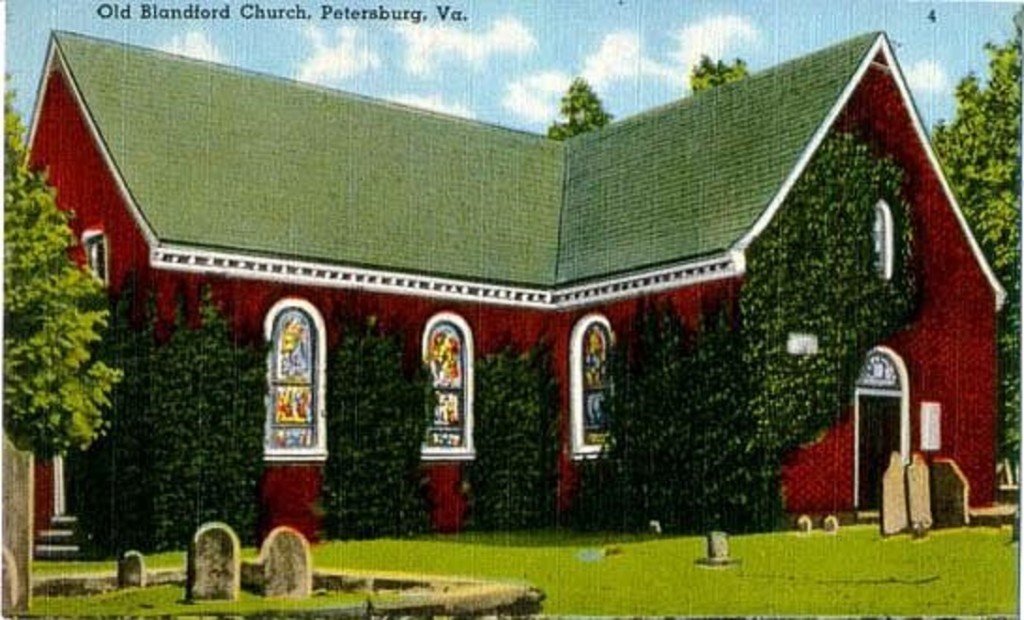