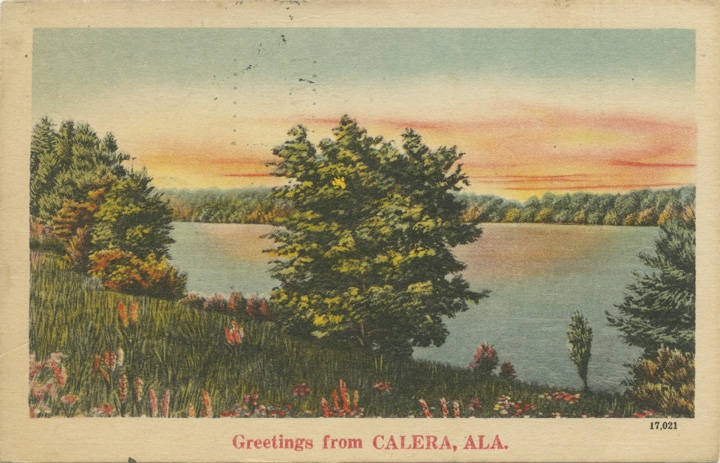 ED. GUIDE: As Calera is in the midst of the mineral region of Alabama, and bids fair at no distant-day to be a pride and honor to it, perhaps a few remarks now and then concerning local matters may be of interest to your readers. Without wishing to “put on airs,” we have lately put aside the dusty title of Lime Kiln, and with freshening vigor at the present and bright prospects for the future, young Calera rises over the fossils of old fogy Lime Kiln. Calera, by-the-way, is a Spanish word having the same meaning as the original name.

One year ago we boasted but one store, there are now four doing each a successful business, and onen firm, we understand, has in contemplation the early erection of a commodious two story building for mercantile and other purposes.

The place has been surveyed and divided into lots varying in dimensions from 50 feet to 150 feet front and 150 to 226 in depth, furnishing eligible business sites as well as pleasant situations for dwellings on the surrounding eminences. True, Calera is as yet, only a town on paper. Yet with no interest whatever to further and no reason for speaking otherwise than we think we prophecy that Calera will some day, not only be a name but a “local habitation” of wealth and importance. This is no idle boast or fancy picture, but a plain result of logical reasoning, based on premises that are almost self-evident.

A large force of white hands from Georgia are at work on the South and North Railroad, and are rapidly pushing out the rails from Calera southward, having already laid some distance beyond Mudtown. The iron horse rushes back and forth, and, as the darkies say, “makes as much noise as if day had a sho’ nuff railroad.”

Now let some man who knows how to keep a hotel, put up first class railroad eating house at the immediate junction of the two roads and he will find his bread thus cast forth, returning to him many fold.

A select school has just been opened at the residence of Mr. Adams, and as far as we learn, the young idea is beginning to “shoot” in a pleasing manner.