In 1910, a revolution in Mexico began. All across Mexico, volunteers aligned with different factions, and Pancho Villa aligned with Francisco I. He soon became one of the best and certainly the most famous Mexican Revolutionary generals. 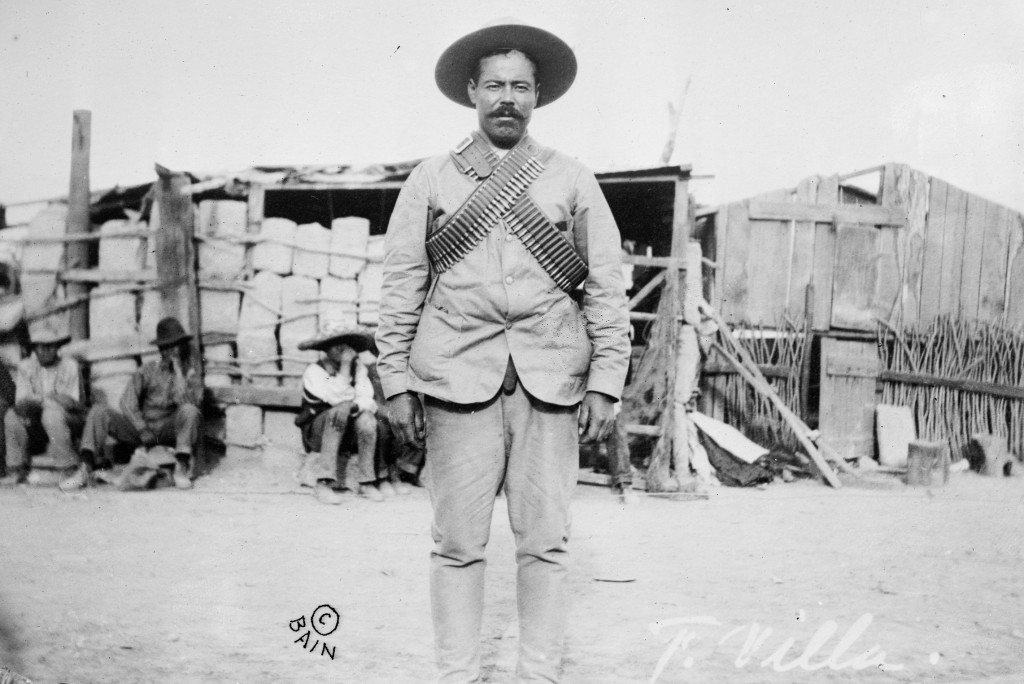 Villa and his supporters seized hacienda land for distribution to peasants and soldiers. He robbed and commandeered trains and, like the other revolutionary generals, printed fiat money to pay for his cause.

“In the early morning darkness of March 9, 1916, guerrillas of the Mexican Revolution under General Francisco “Pancho” Villa attacked Columbus, New Mexico a small border town and military camp on what is now Pancho Villa State Park.

At sunrise on the morning of March 9, 1916, the center of Columbus, New Mexico was a smoldering fire. Words of Pancho Villa’s attack on the town were known by telegraph, making newspaper headlines throughout the nation. U.S. reacted with troops that arrived by train as the Army prepared to follow Villa into Mexico.” 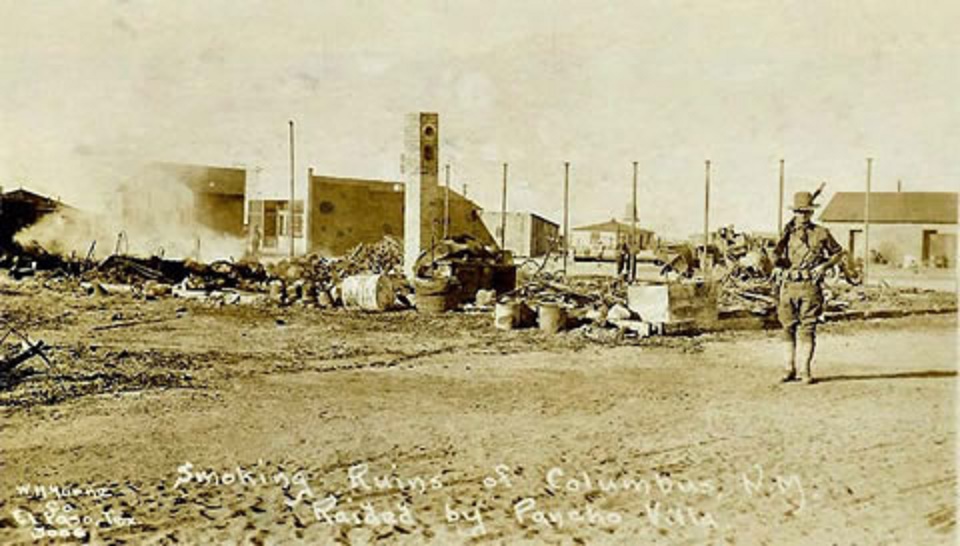 Trouble between the United States and Pancho Villa started in the summer of 1915 when Villa made an assault on the forces of Carranza. Villa suffered a loss of around 14,000 men. On October 21, 1915, President Woodrow Wilson officially recognized the faction of Venustiano Carranza as being the legitimate government of Mexico. Villa felt betrayed by the United States.

In January 1916, two officers under Villa’s command, attacked a train that included a group of 18 Americans, fifteen of who worked for American Smelting and Refining Company. Most of the Americans were shot were they sat. Only one American managed to survive and tell the story of the massacre.

In response to the raid on Columbus, New Mexico on March 9, 1916, President Wilson ordered a punitive raid into Mexico with the goal of capturing Pancho Villa. 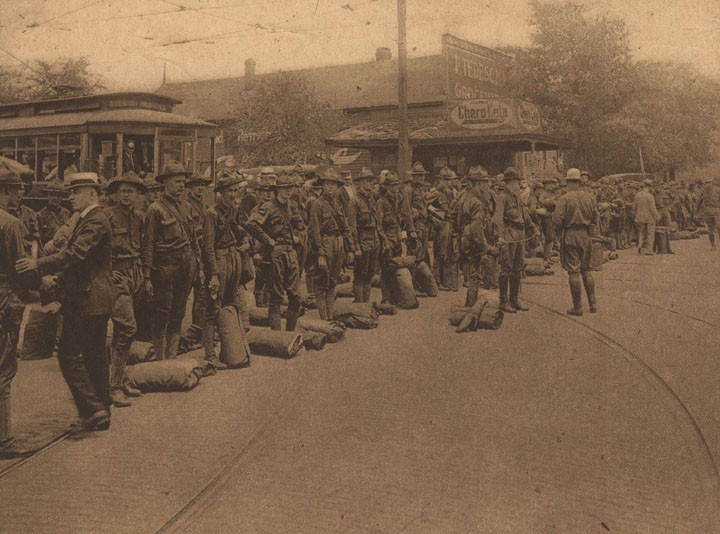 On June 18, 1916, Secretary of War Newton D. Baker wired Governor Henderson of Alabama as follows:
“Having in view the possibility of further aggression upon the territory of the United States from Mexico and the necessity for the proper protection of that frontier, the President has thought proper to exercise the authority vested in him by the Constitution and Laws and call out the Organized Militia and the National Guard necessary for that purpose. I am in consequence instructed by the President to call into the service of the United States forthwith through you the following units of the Organ­ized Militia and the National Guard of the State of Ala­bama which the President directs shall be assembled at the State Mobilization Camp at Montgomery for muster into the Service of the United States of America:

This telegram has been designated as the President’s Call.

The necessary mobilization of troops at Vandiver Park in Montgomery began in the latter part of June, 1916, or immediately subsequent to the President’s Call. On July 1, 1916, the Adjutant General of Alabama wired the War Department that all organizations of the Alabama National Guard had been called into the Service of the United States.

Mobilization of the Alabama National Guard for service on the Mexican border was announced. It included five regiments, the largest being the 4th Alabama,that had been created as militia by the Alabama legislature in 1911. 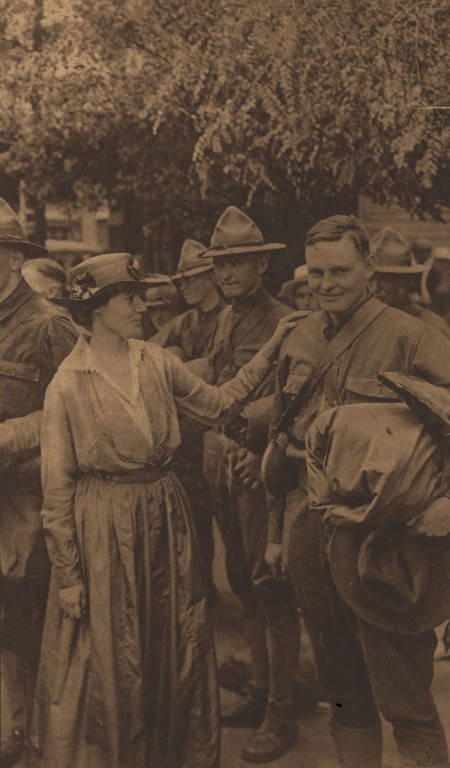 In 1916, U.S. Army General John J. Pershing tried unsuccessfully to capture Villa in a nine-month pursuit that ended when the United States entered into World War I and Pershing was called back.

ALABAMA FOOTPRINTS: Settlement: Lost & Forgotten Stories is a collection of lost and forgotten stories of the first surveyors, traders, and early settlements of what would become the future state of Alabama