We’ve had some very cold days in the southeast the past few years, but I wonder if any can match some of these storms. In the Great Blizzard of 1899, blizzard conditions extended all the way to Tampa, Florida with records low temperatures across the southeast.

Young women playing in the snow on the campus of the Alabama Girls’ Industrial School in Montevallo, Alabama ca. 1899 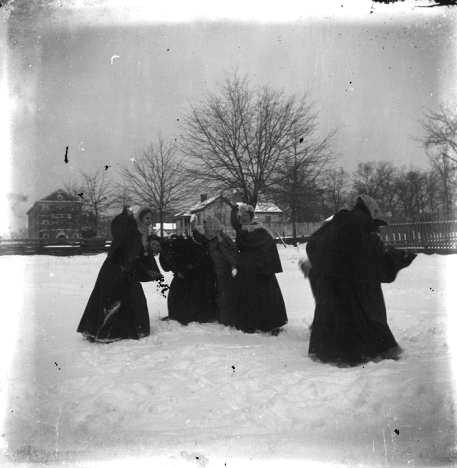 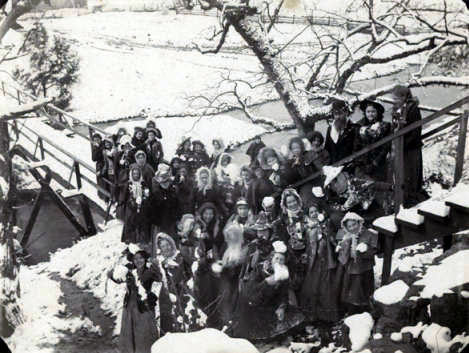 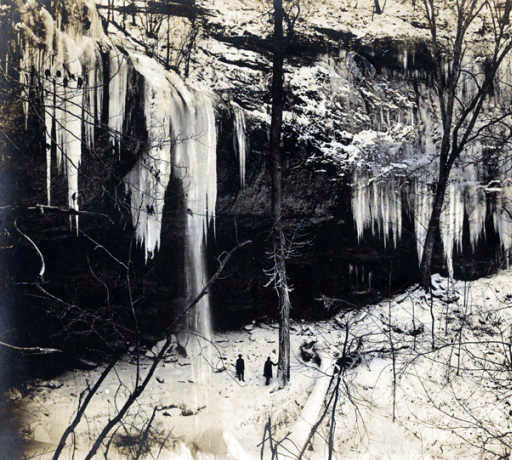 Snow dusts the ground in the photograph below taken in Kushla, Alabama in South Alabama in 1895 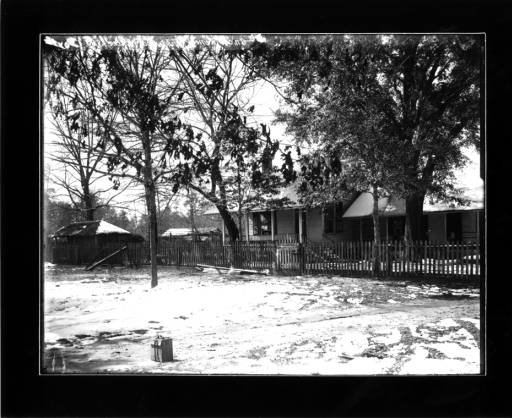 The photograph below was taken January 21, 1935 in Lawrence County, Alabama.  During this time, Dust Storms were taking place across the country.  In the winter of 1934-1935, red snow from the dust clouds fell on New England. 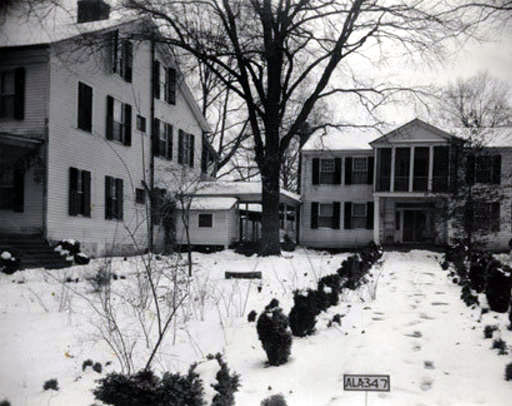 The last two photographs are of a rare snow storm in Mobile, Alabama  March 6, 1954 that extended all the way to Florida. The town of Milton, Florida recorded four inches of snow in one day.

Can you believe that this much snow blanketed the Mobile area in 1954? 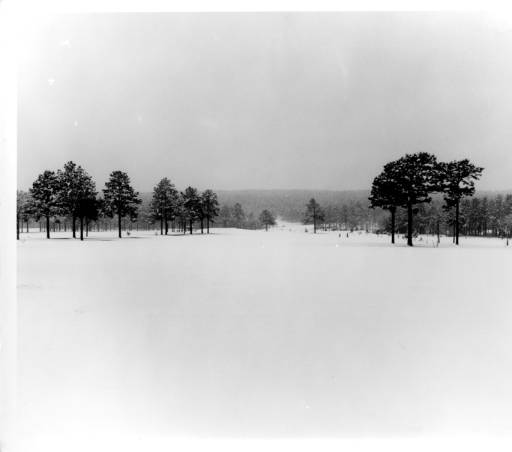 Alec P. Ogburn’s children build a snowman outside their Hillwood Road home after the snowfall of March 1954

The photograph below from Caroline Horton is of her mother in a 1940 Alabama snow.  Her mother’s name is Sara Jo Harvill Hamilton (she was the granddaughter of Andrew and Joanna Caffee Smith, Bibb Co.).  Her mother is “walking” on the Warrior River by Hwy. 78 bridge in Jan 1940 – imagine that much ice, even for Walker County. 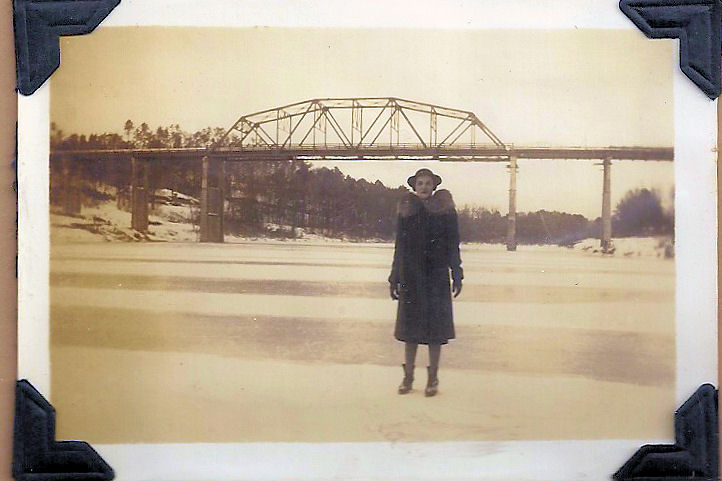 This story was reported in The Tuscaloosa News of Feb. 4, 1940
“For the first time in the memory of living local residents the Warrior River was frozen over with a sheet of 5-8 inch ice from bank to bank at the River Bridge and also at Lock 10. It was frozen on January 30, 1940 and later in the day passage of a boat broke the ice, but it reformed again overnight and was even thicker Wednesday morning. Low temperatures for Tuesday and Wednesday at Lock 10 were 23 and 16 respectively, somewhat higher than the readings of earlier in the “big freeze” of the past month. The river had been chilled over a period of more than 10 days. Higher up the stream the ice was sufficient to prevent boat traffic, the tugboat “Mary” of Baker Tow Boat Company being locked in ice for nine days on Locust Fork.”

Discordance: The Cottinghams Inspired by true events and the Cottingham family that resided in 17th century Somerset, Maryland and Delaware, colonial America comes alive with pirate attacks, religious discord, and governmental disagreements in the pre-Revolutionary War days of America. The Cottingham family eventually makes their way to Centreville, Alabama in early 1800s.

Check out books and novels by Donna R. Causey