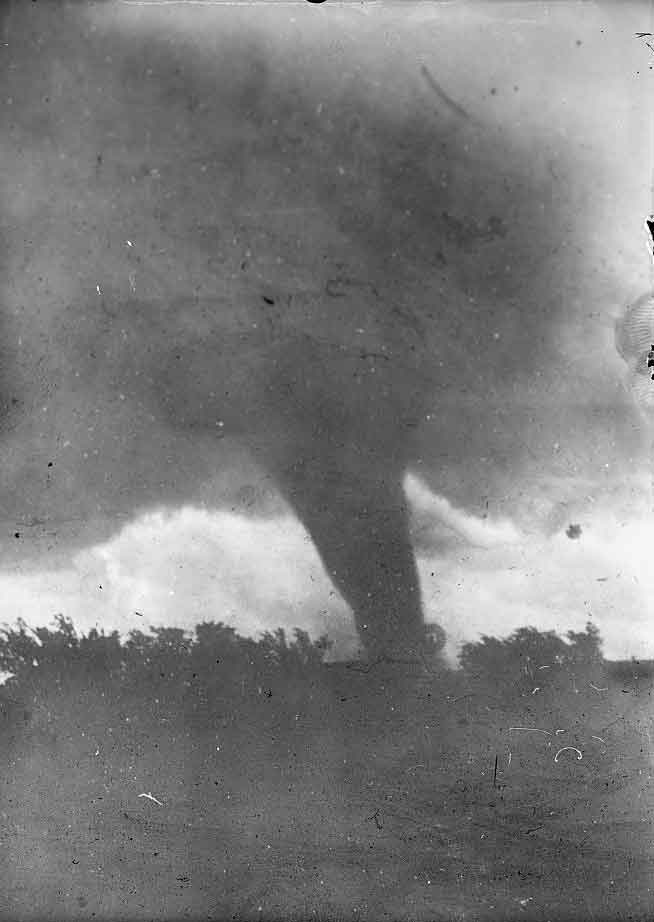 (From the Talladega Mountain, Home)

Transcribed from The Shelby Guide, Columbiana, Alabama May 14, 1868

On Wednesday night last between 10 and 12 o’clock a terrible tornado swept a portion of our county, its course being nearly East. The first we have been able to hear of its terrible work was at Maj. W. H. Burr’s in St. Clair county, about thirty-six miles West of this place, the damage done him was comparatively light, only knocking over a few old out buildings, – thence along an almost due East course, upturning and destroying everything in its way, crossing the Coosa river at or near Capt. James A. Fowler’s, making a complete wreck of everything on his plantation.

At Mr. J. R. Sammon’s there was a lady badly injured by the falling timbers of the house. Seaborn Hare, M. L. Rhoe, and J. M. Ledford, also lost heavily.

The next place seems to have been Maj. Walker Reynolds, missing his dwelling, but striking his smoke house, kitchen and outbuildings, tearing up and carrying off, to a considerable distance, the shade trees in his yard.

At. Mr. John Moxley’s the dwelling was leveled with the ground. Mr. Moxley, his wife and two or three children were in the house, and all in bed but Mr. M., who had gotten up to close a door that had blown open. Two of the children were blown, together with the bed on which they were lying, a distance of some twenty or thirty yards. Mr. M. was knocked senseless, received a very severe cut on the foot, and for some time, it was thought his thigh was broken, – we are glad to learn that he is doing well – no other member of the family was hurt.

Mr. Herring, living about one-fourth of a mile from Mr. Moxley’s was also a sufferer, but not to the same extent as his neighbor.

It was not approaching near Talladega. Mr. Warren living about three miles North of town, was the scene of the next disaster, striking his house full, it was carried completely away, hardly leaving a vestige of where it once stood. Mr. Tom Warren was badly injured.

Mr. Lewallen was the next sufferer, his place met the same fate of Mr. W. Mrs. Lewallen was severely injured, and for a time it was thought she could not live, – her injuries have proven less severe than at first supposed, and she is now improving.

An old negro, living about a half mile beyond, was take up, house and all and carried nearly half way up the mountain. The destruction of heavy timber as it goes up the mountain is something awfully grand to look upon. The current seems to have kept close to the ground until it passed the highest peak of the mountain, when it turned the peak it did not go directly to the ground, for about five hundred yards, then again it sought its former level.

Mr. Sanford Smith’s house, stable and out buildings were made a mass of ruins, – the shade trees in the yard are lapped in and over the debris of the fallen houses. – The family were five or six in number, yet no one was hurt, we have not been able to learn of any houses being destroyed beyond this although from reports it seems to have lost none of its fury.

Nothing could have been more terrific than the force with which everything was carried along on the mighty wings of the wind, which indeed reveled over the ruins it made at that time.

But it seems that the hand of Providence was through it all, for no lives were lost, although a number were severely, wounded, and we fear will die. It is a sad, sad scene to visit the ruins caused by the tornado. As another evidence of its terrific effects, corn, only about four or six inches high, was blown out of the ground.

The whole face of the earth, over which it passed, presents the appearance of some great flood, whose angry waters had victimized in one common mass from the monarch oak down to the tenderest plant that fell.

Persons who witnessed the sublime but awful scene tell us everything was illuminated by the lightning’s lurid glare, and no separate sound was distinguishable, and no correct idea can be imagined of the terrible noise produced.

We have not been able to learn the name of all the sufferers by this destructive tornado, nor the amount of property destroyed, which must be very great, judging from the ground over which, we have passed.