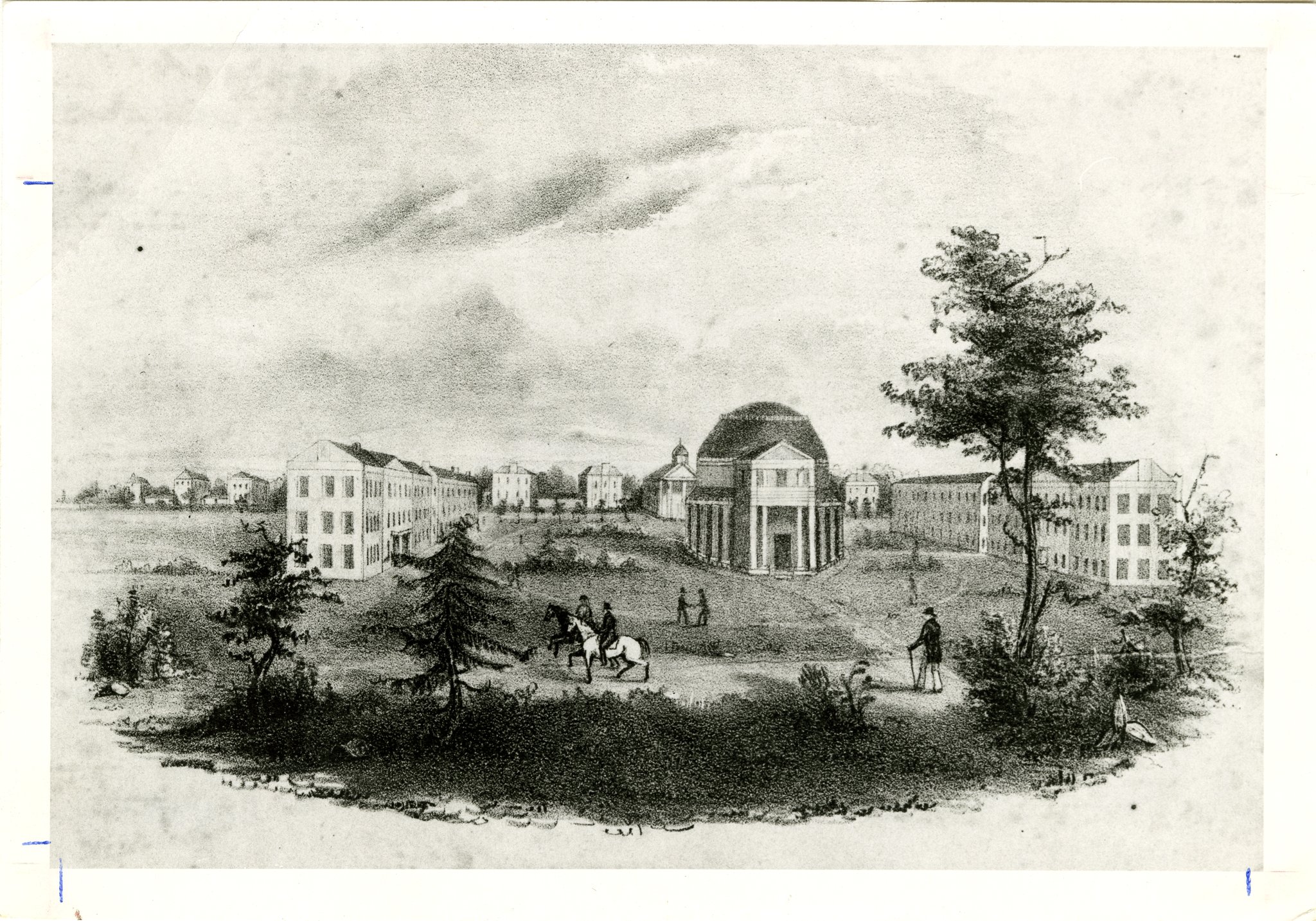 Alva Woods (1794 – 1887) was the first president of the University of Alabama. He was a conservative Baptist minister, who had been educated at Phillips Academy, Harvard and Andover Theological Seminary, and he was the former interim president at Brown and president of Transylvania University.

Rev. Woods “learned discipline in the shadow of the New England Puritans” and was unaccustomed to Southern ways and the high spirits of “frontier youth, many of them still in the undisciplined, restless early years of adolescence.”

When Woods arrived in Tuscaloosa, he envisioned “an almost cloistered school of rigid discipline and rigorous scholarship.” In 1826, Tuscaloosa was the state capital, but it was still a frontier town in 1831 when the University of Alabama opened.  People from all walks of life flowed into the thriving city filled with hotels, saloons, restaurants, and gambling dens that sprang up almost overnight. Rev. Wood’s vision contrasted sharply with the students’ mindset who first attended the University of Alabama.

Violence and rowdyism had been a way of life for the first students. They grew up on the frontier and with the opportunities for gambling, horse racing and girls in the capital town of Tuscaloosa, they rebelled against the rigid rules enforced at the University by Rev. Woods.

In an effort to maintain discipline at the University, Rev. Woods frequently clashed with students, and rebellion and riots permeated his presidency from 1831-1837. Rev. Woods also lost favor with the trustees when a state audit of the University’s financial records revealed gross mismanagement of financial records. In 1837, Woods resigned from the University of Alabama and became a prison minister. He died in Hamilton, New York, on August 11, 1887.

Read more details about the riots and rebellion in Rev. Woods tenure in the book Yea, Alabama! A Peek into the Past of One of the Most Storied Universities in the Nation: The University of Alabama (Volume 1 – 1819 through 1871 – Second Edition), David M. Battles, Cambridge Scholars Publishing, May 11, 2016 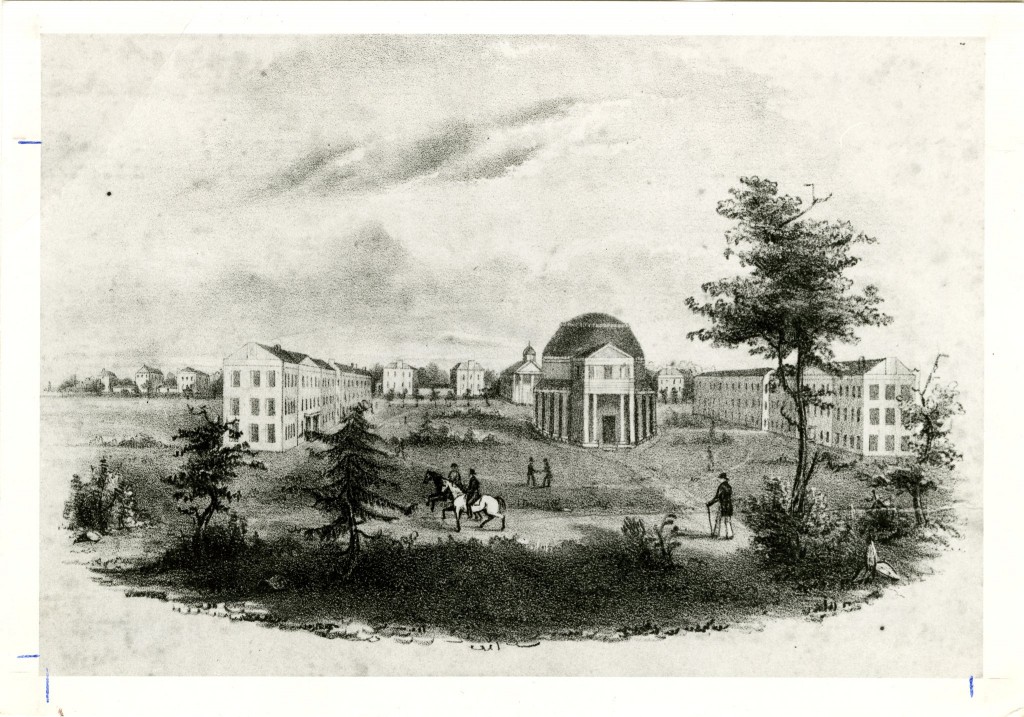 The University of Alabama before it burned (apps.lib.ua.edu.)

The University of Alabama President resigned in controversy

The following excerpt was written ca. 1870

At the Commencement Exercises of the University of Alabama during this session (1837) its Presidency changed hands. This institution is so closely connected with the State that it will not be considered out of place to speak of it in passing. It was founded by a liberal grant of land by Congress. The trustees were elected from the different judicial circuits by joint vote of the two branches of the Legislature, and the trustees elected the Faculty and made by-laws and regulations for the government of the Faculty and students. The Governor was President of the Board of Trustees, and ex-officio a member of it. The members of the Legislature and officers of State were annually invited and expected to attend. 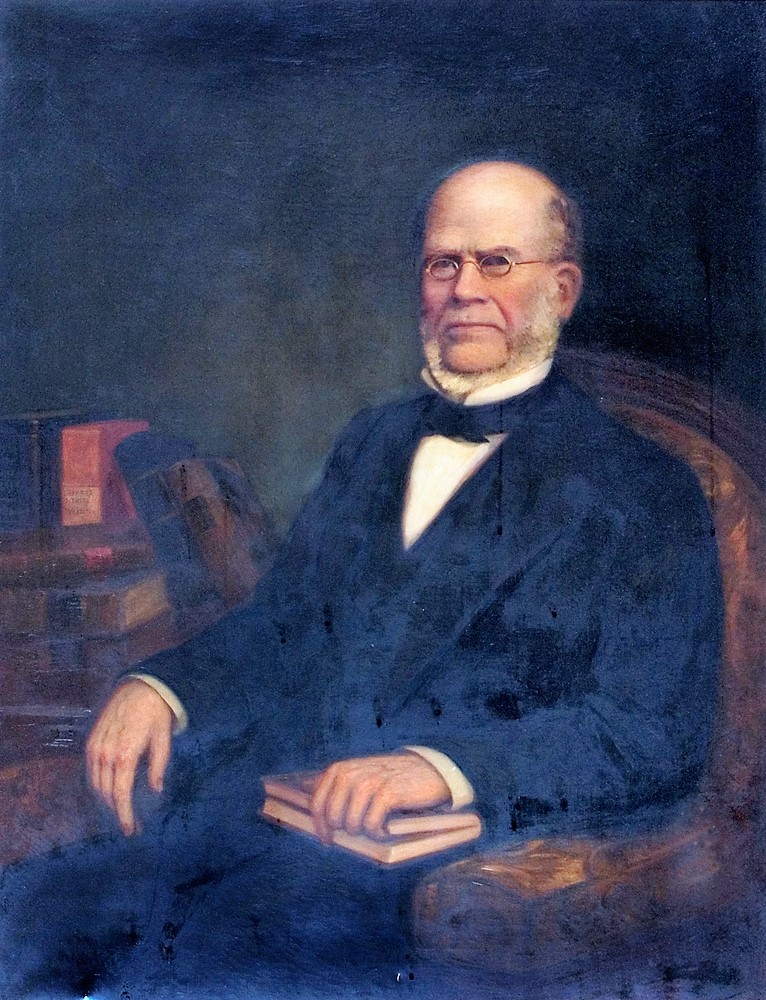 Rev. Alva Woods, President of the University of Alabama (Wikipedia)

The Rev. Alva Woods had been the President many years; but difficulties had arisen, of which it is not now necessary to speak, which induced or obliged him to resign, and the Rev. Basil Manly, D. D., of Charleston, South Carolina, was elected in his place.

The circumstances attending the resignation of Dr. Woods had attracted general attention, and the occasion of installing a new President, whose election was hailed as the dawning of a new era in the history of the college, had brought together a large number of the leading citizens and families of the State, and the day presented a vast multitude of Alabama’s noble men and women. There was but one graduating speech, and that was by Walter H. Crenshaw, of Butler, whose future connection with public life and its rewards will bring him frequently to the notice of the reader in the course of these reminiscences.

Dr. Woods spoke at the ceremony

Dr. Woods delivered his valedictory, which was lengthy, erudite, cold, and formal, showing a good deal of the blood and temperament of the author. This was the first occasion of the kind I had ever attended, and although deeply interested in everything, and paying the closest attention for fear something would be said or done that would be missed, and without assuming a manner and decorum that would make it appear I had been familiar with such exercises, and was well at home within the walls of a college, (the first really I had ever entered,) I did not feel competent to pronounce judgment upon the discourse, as everybody was doing, I reckon mostly out of compliment to a retiring President.

Robe was removed from his shoulders

As Dr. Woods concluded, and while the audience was cheering, (which was regarded by some as equivocal in the motive,) the robe of office as President was lifted from his shoulders, and transferred to Dr. Manly, who was brought forward and presented to Gov. Bagby for installation. This portion of the ceremony, on the Governor’s part, consisted in the delivery of a large bundle of keys of the buildings, saying that he invested him with the control of the premises and dignity of the office; and a few admonitory remarks in rather a low tone, expressed with clearness, and enforced by several shakes of the left hand, with the forefinger pointed. 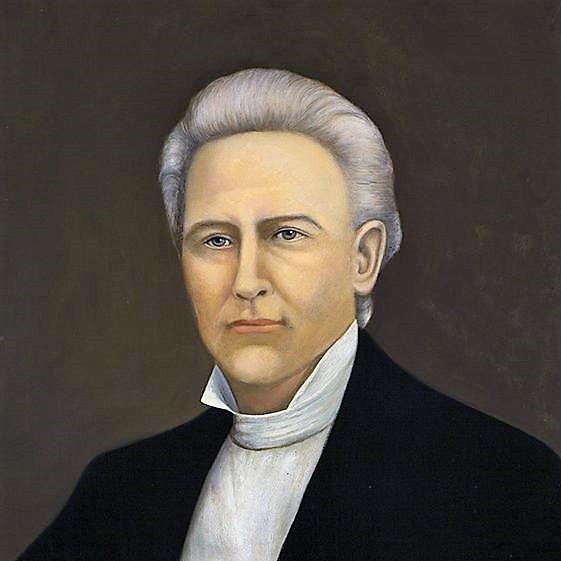 Dr. Manly, holding the bunch of keys in his hand, made his acceptance; first to the Governor as President of the Board of Trustees, and then, advancing to a table, delivered his inaugural address, which was well conceived and delivered, and warmly applauded by a delighted auditory.

THEN SIGN-UP FOR THE 30-DAY FREE TRIAL BELOW AND DOWNLOADALABAMA FOOTPRINTS Confrontation: Lost & Forgotten Stories