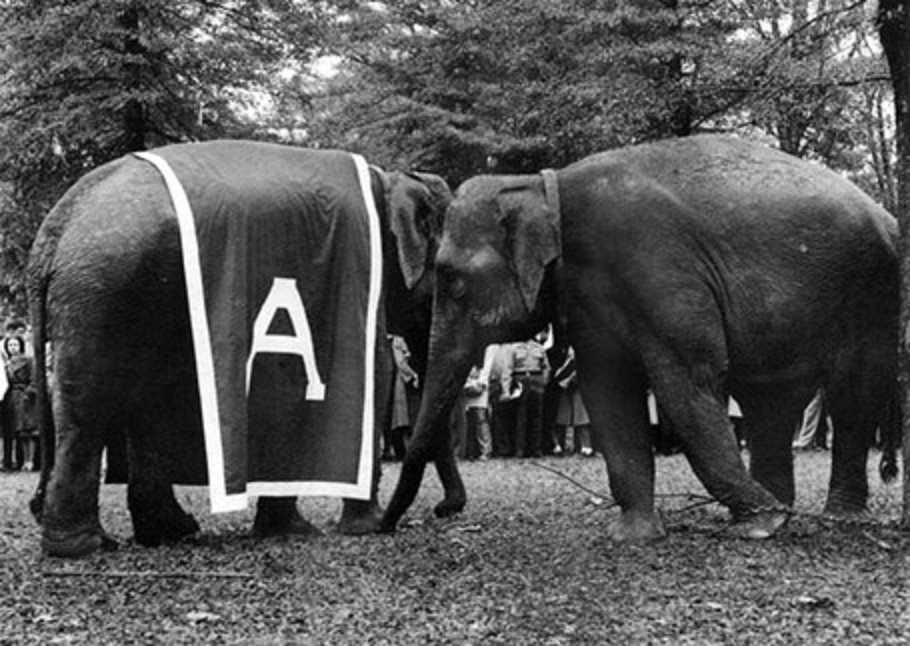 Big Al is the University of Alabama’s mascot and has been associated with the U of A since the 1930’s.

Many versions of elephant mascot

There are many versions as to how the elephant became associated with the University of Alabama.

The following version was posted in the Members of the Birmingham-Jefferson Historical Society in the newsletter October 13, 2009:

One of the two oldest, continuously-operating, businesses in Birmingham is ROSENBERGERS’S BIRMINGHAM TRUNK,INC. Opened in 1897 by J. D. Rosenberger, in an era when travel was by horse and wagon, train and ship, the need for durable and fashionable trunks, suitcases and “grips” afforded a needed business opportunity. 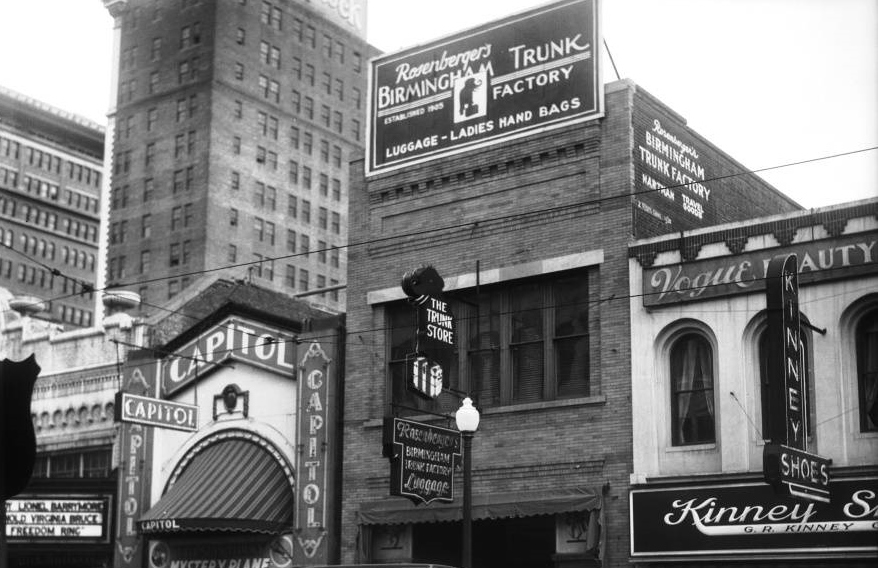 The downtown Rotary Club was founded in 1913, made up of respected business and professional men. J.D. Rosenberger was a founding member; and he was a member of the Board of Directors in 1914, 1921 and 1922.

In 1927, The University of Alabama football team had an outstanding record, and was invited to play in the Rose Bowl against Stanford. The train trip across the country took many days for the team to travel. As a proud fan, J.D. Rosenberger, had given each member of the team a new suitcase. A name tag was attached to each suitcase, also provided by Mr. Rosenberger; and each tag had the Rosenberger Birmingham Trunk Company logo, which was a red elephant, exploiting the name “trunk”. 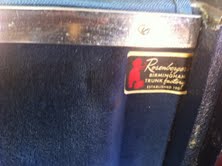 As the team traveled across the country, and when they arrived at Pasadena, they were met by newspaper and magazine reporters, as would be expected. The tags with the red elephants were noted on all of the team members’ suitcases, and the reporters mistook the meaning, thinking that they represented the team logo. So the elephant team mascot was born!

This is in part the one from the University of Alabama Athletics website:

The tradition started in 1930 according to the University of Alabama Athletics website form a story Everett Strupper of the Atlanta Journal wrote about the Alabama-Mississippi game he had witnessed in Tuscaloosa four days earlier.

“At the end of the quarter, the earth started to tremble, there was a distant rumble that continued to grow. Some excited fans in the stands bellowed, “Hold your horses, the elephants are coming,” and out stamped this Alabama varsity.”

Strupper and other writers continued to refer to the Alabama lineman as “Red Elephants,” the color referred to the crimson jerseys.

According to the website “Roll Bama Roll”, in the 1940s an “elephant mascot named Alamite was a regular sight on gamedays in Tuscaloosa” and “Alamite would also bear that year’s queen onto the field prior to the game as this photo from the 1947 contest against LSU show.” 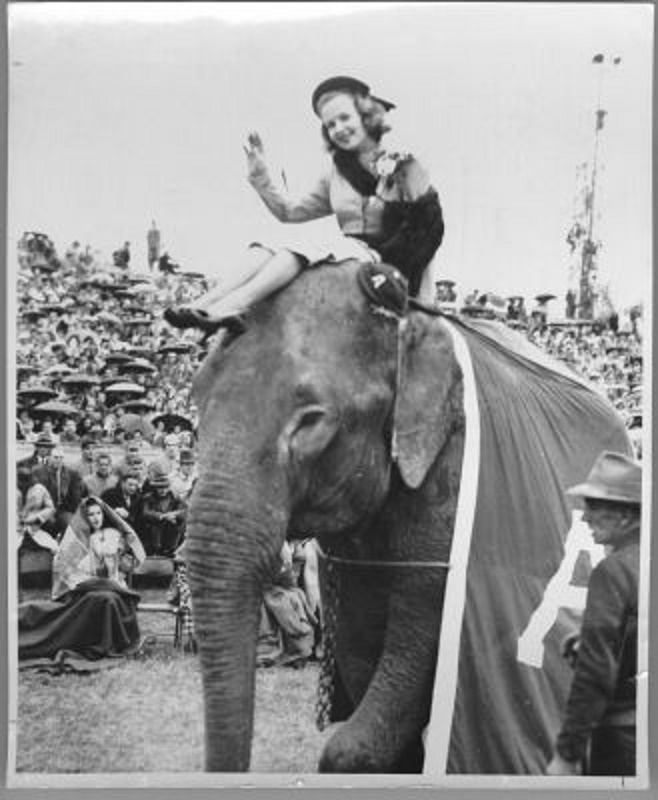 What do you believe? Do you know of any other versions?