Ordered to meet on the Cahaba

In February 1814, Colonel Russell marched his regiment and two companies of volunteers, from Fort Claiborne to the Cahaba river, to drive the Indians from that vicinity. He despatched (sic) a barge laden with provisions up the Alabama with orders to meet him on the Cahaba. Not finding the barge when he reached the “old towns” on the latter river, he sent Lieut. Wilcox with five men, in a canoe, down the Cahaba to hasten its arrival. Wilcox reached the mouth of the Cahaba and moved down the Alabama.

The evening of the second day after leaving the command, the party were captured by the Indians, except two who swam ashore and fled. The Indians occupied the canoe and passed on down the river. The barge had passed the mouth of the Cahaba, and knowing that Russell would not wait for it, was on its return to Fort Claiborne when it came in sight of the Indian canoe. The savages fearing to lose their prisoners, butchered and scalped them, at the sand-bar at the mouth of Pursley Creek, this county, and the unfortunate Wilcox and his party were in the last agonies of death when the barge reached the canoe.i

Wilcox County, Alabama was created by an act, December 13, 1819. It was formed from Monroe and Dallas Counties with an area of 940 square miles or 576,000 acres.  The county was a center of Alabama antebellum plantation life.  It was named for Lieut. Joseph M. Wilcox who fought in the Creek Wars. 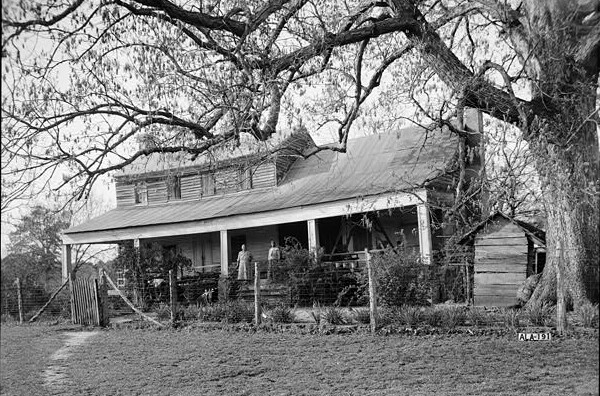 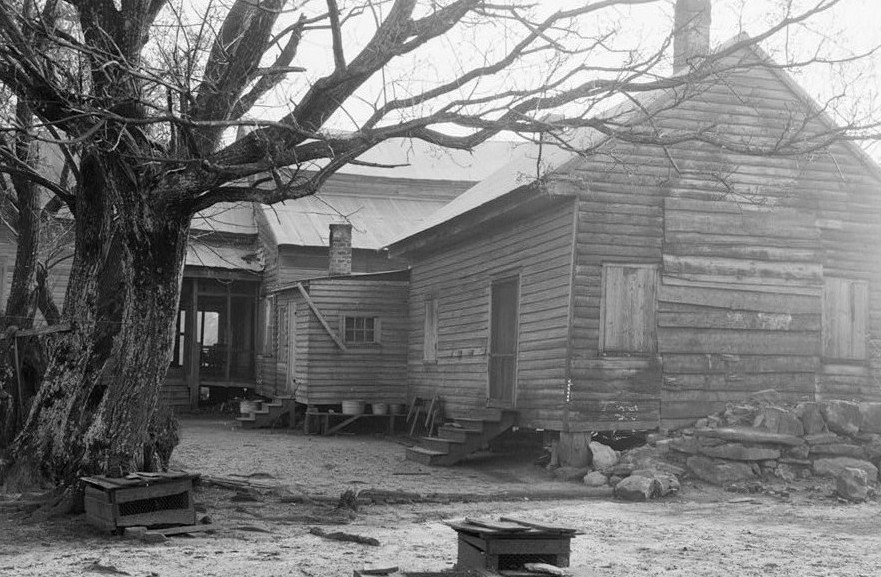 RIBBON OF LOVE: 2nd edition – A Novel of Colonial America

By an act of the Alabama legislature, December 13, 1819, William Black, Thomas Evans, John Speight, Thornton Brown, William McCarroll, Joseph Laury, and John Gaston were appointed commissioners to fix the seat of justice for the county, to purchase the land on which to erect the public buildings, to contract for erecting them, and to fix a temporary seat until a permanent one be selected. 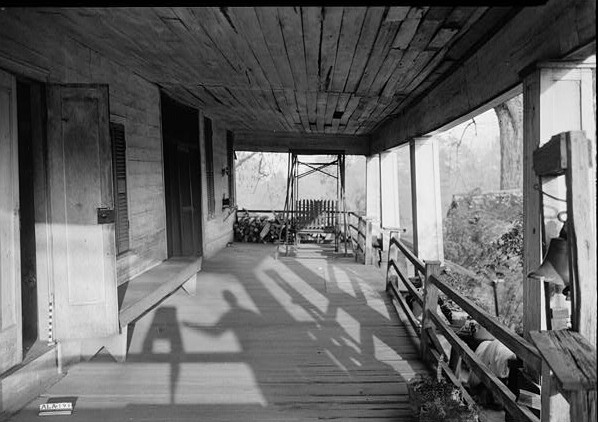 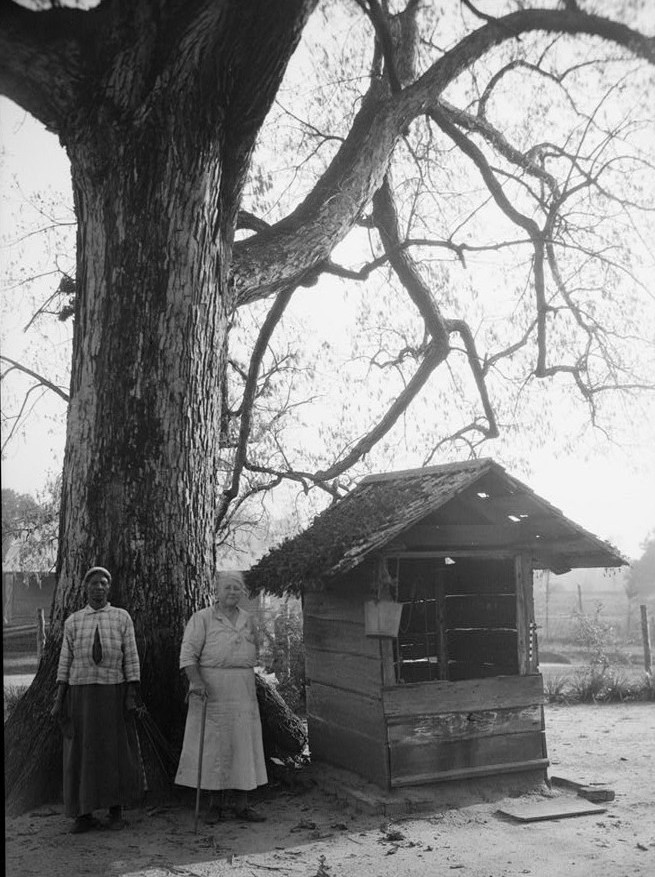 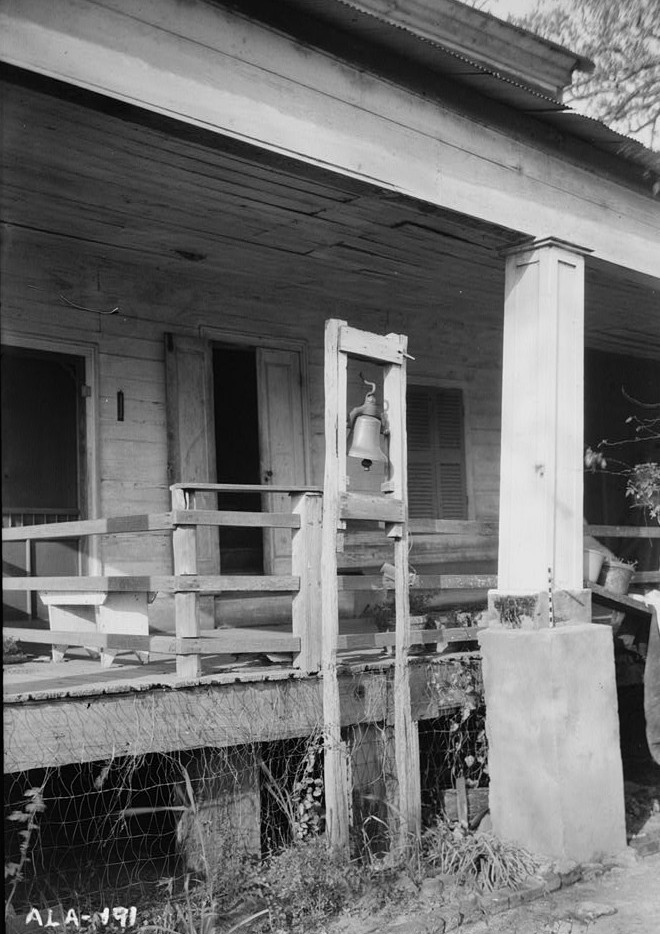 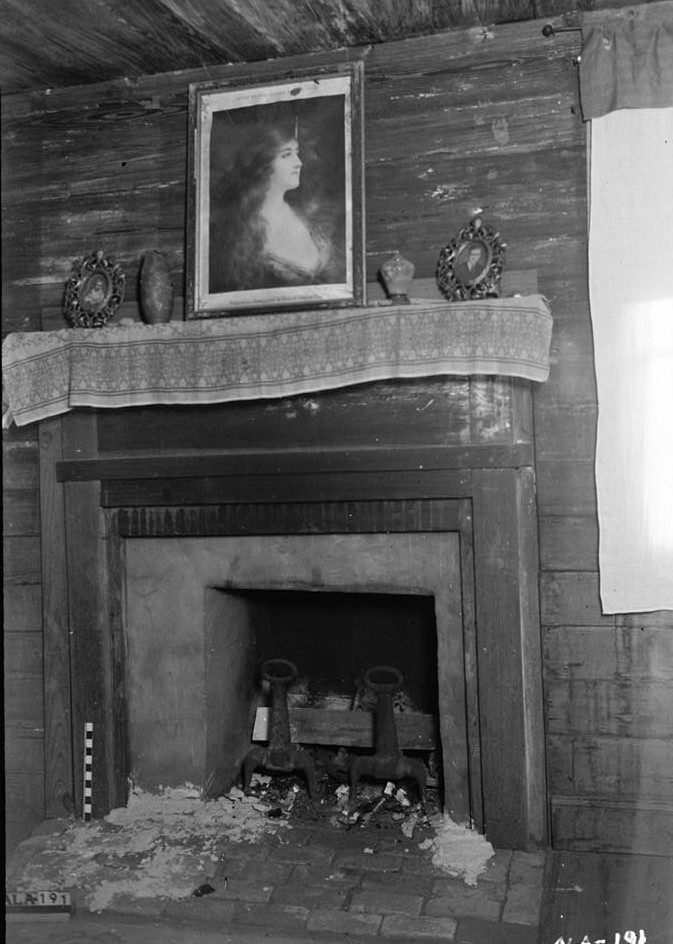 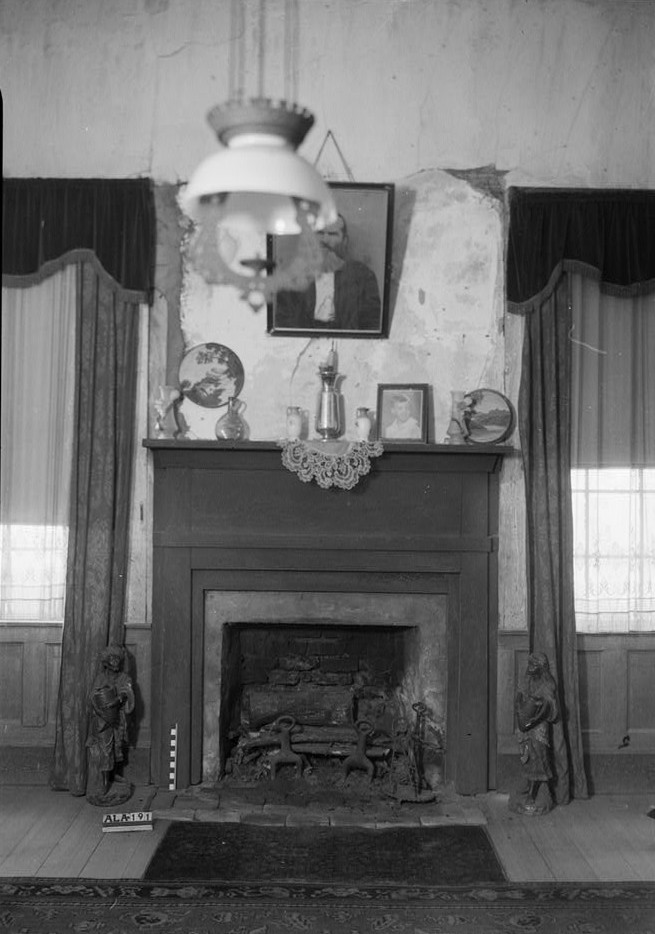 There is the best presumptive evidence that the Native American inhabitants of Wilcox County were Maubila Indians, later known as Mobiliens, who were a Choctaw-speaking people. A close study of Davila Padilla’s narrative leads one to the conclusion that the town, Nanipacna, meaning “hill top,” visited by the Tristan de Luna expedition in 1560, was situated on the east side of the Alabama River in the upper part of Wilcox County.

It is not improbable that the town was situated on Boykin’s Ridge, which is on the south side of Pine Barren Creek, not far from the Alabama River. The Indians of the town told the Spaniards that “the town had once been famous for the number of its people, but that the Spaniards, who had arrived there in former times, had left it as it was.” 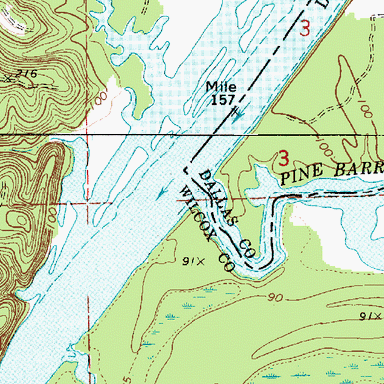 Maubila was destroyed by the Spaniards

“In the imperfect method of communication between the Spaniards and the Indians, perhaps largely, if not wholly by the sign language, it may be that the latter intended to convey the idea that their former splendid town, Maubila, had been destroyed by the Spaniards and left them very poor, and that this present inferior town, Nanipacna was the successor of Maubila. Assuming that this was the Indians’ meaning, Nanipacna, which itself may have been an old town, was then the nucleus or gathering place of the survivors of Maubila. It is interesting to note that on De Crenay’s map of 1733, “Lea vieux Mobiliens,” the old Mobiliens, are placed on the east side of the Alabama River, near the influx of Pine Barren Creek, in the immediate vicinity, if not on the very site of Nanipacna, an almost certain proof that they and the Nanipacna were one and the same people. De Crenay must have placed the Old Mobiliens at this point on Mobilien authority or tradition as their ancient home before their movement south to Mobile River, where the French found them in 1702.” 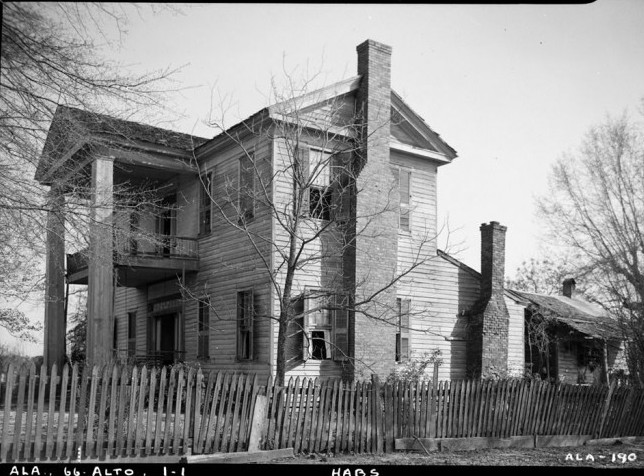 There are three place names laid down on DeCrenay’s map on the east side of the Alabama River in Wilcox County that may be safely considered memorials of Maubila or Mobilien occupancy; Chacteata, in correct orthography, “Sakti Hata,” meaning White Bluff, to be sought some few miles below the mouth of Pine Barren Creek; Talle quile’, correctly spelled, “Tali Hieli,” Standing Rocks, apparently a mile, more or less, above Bridgeport; and Bacheli, “Bach’ 111i,” Dead Bluff, perhaps the present named Gullette’s or Black’s Bluff. 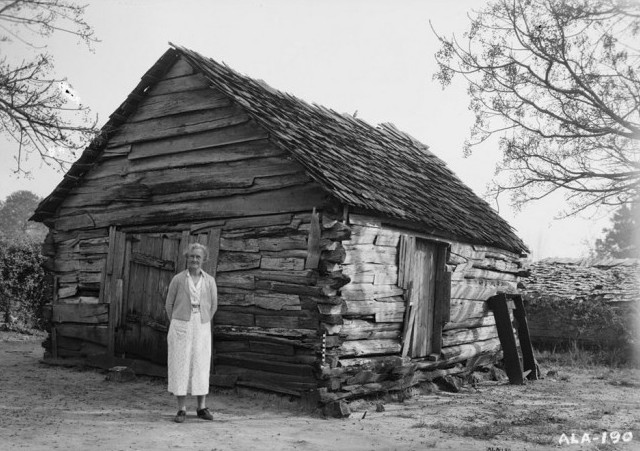 It seems that there were no Indian settlements in Wilcox County during the French and Indian times. There were certainly two, doubtless hoth (sic) Creek, in the later American times, for in the first explorations up the Alabama River during the Creek War of 1813 in two places on its west side in Wilcox County there was found an abandoned Indian village, in both of which peach trees were growing. 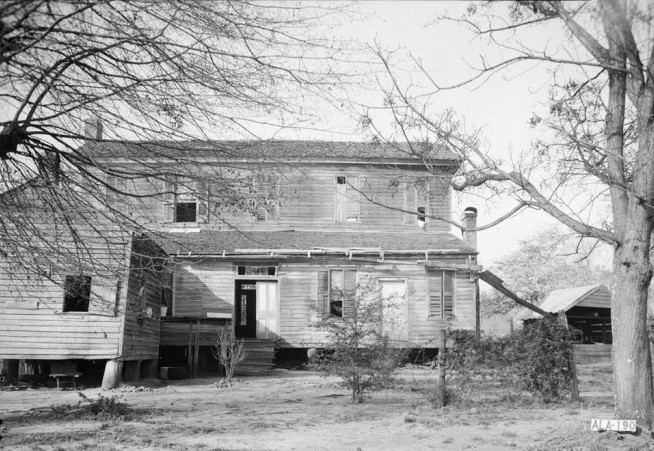 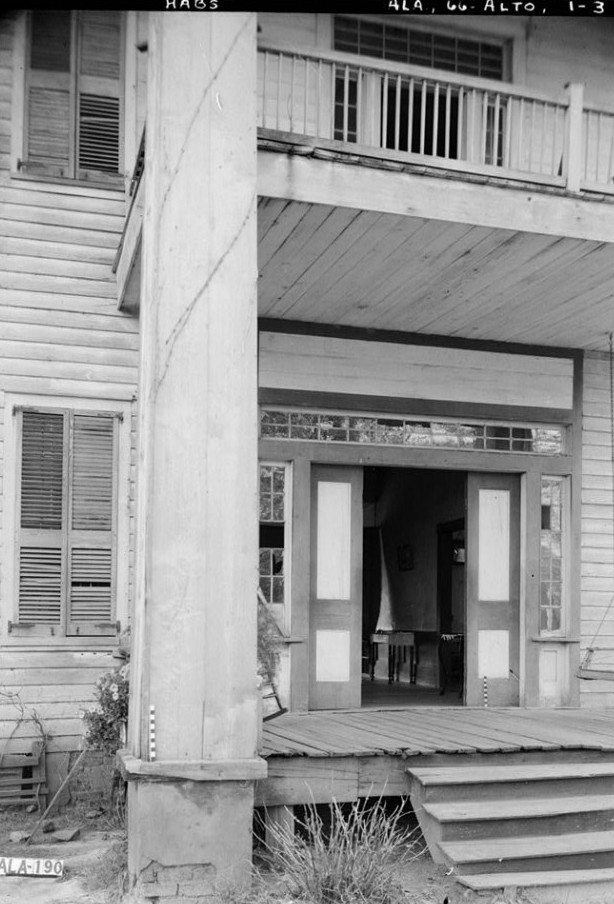 Wilcox County was in the Creek Domain and became an American possession by the treaty of Fort Jackson, August 9, 1814.

There are burial mounds near Webb’s Landing, near Buford’s Landing, on Buford plantation, half a mile below Holly Ferry, and several near Mathew’s landing have all been investigated and some interesting finds made along the Alabama river. Artificial head flattening and urn burial was noted by Dr. Moore who did considerable work along the river in 1899. Town sites, in most instances, accompany the mounds. 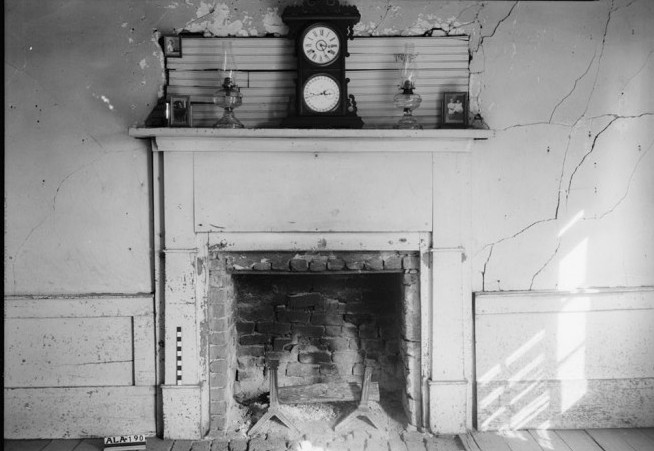 Many squatters arrived in Wilcox

There may have been some settlers in the county in 1815, but there were a considerable number who made their advent in 1816 and squatted on the land which they cleared.

Isaac and Isham Sheffield, originally from North Carolina, were settlers in Clarke or Monroe County, whence they moved and were among the first, if not the first settlers in the Bethel precinct in Wilcox County, perhaps in 1816.

Isham Sheffield soon after erected a grist mill on Beaver Creek, which perhaps was the first mill erected in this county. It was the first voting place in this precinct for several years. Isaac Sheffield settled near Yellow Bluff. 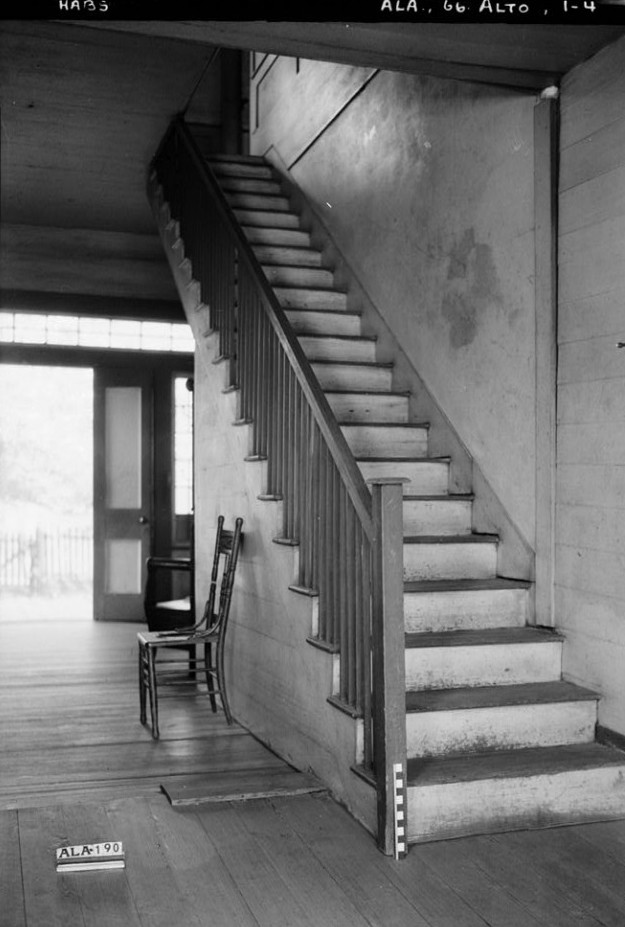 Another early settler on Beaver Creel was John Alexander Evans, from North Carolina, settling near the site of Sunny South. George and Joseph Morgan, brothers, were early settlers in 1816.

George settled on Goose Creek, four miles west of Clifton, then known as Upper Peach Tree, and Joseph settled on Beaver Creek, near Alexander Evans. Peter Thornhill came with George Morgan to the county and lived with him the first year. He was the first man to make a road through the flatwoods. This was done to enable him to find his way to and fro in his hunting expeditions and in his prospecting for a suitable location to settle permanently. The settlers were, in reality, squatters and waiting for the lands to be surveyed and then put up for sale by the government.

Thornhill at the land sales bought the tract of land on Walnut Creek east of Arlington, on which he was then living. In April 1816, L. W. Mason settled on the west side of the Alabama River, opposite Wilcox’s Island, which is near the mouth of Pussley’s Creeks. On the east side of the Alabama River, Joseph Morgan, Jr., son of George Morgan, cleared several acres opposite Clifton and made a crop of corn that year which he sold to some flatboats going down to Mobile. Thomas Rhodes settled near Pine Island on the road leading from Camden and Clifton. Rhodes’ Creek in the vicinity perpetuates his name.

After peace was declared in 1815, the people of the Mississippi Territory were still subject to militia duty. The squatters in the county, many of whom had served in the Indian War, were not exempt from this duty and every three months were required to rendezvous at Fort Claiborne for drill and inspection by the proper officers.

As the county was infested with roving bands of Indians who were bitter over their defeat and ready for any act of violence, the trips of the militia down to Fort Claiborne were always attended with danger. They would travel in squads of three and four, always on foot, and armed with rifles and hunting knives. They usually crossed the Alabama River at Yellow Bluff, as most of them lived on the west side of the river. To baffle the Indians and to avoid being ambushed they seldom traveled the same road twice. On several occasions, they were followed by Indians but they usually succeeded in throwing them off the track. During the absence of the men at the militia muster at Fort Claiborne, their families would concentrate at one place for better protection. These precautions were kept up until the Indian troubles were closed by General Jackson’s Seminole campaign.

Post Offices and Towns.—Revised to July 1, 1919, from U. S. Official Postal Guide. Numbers indicate the number of rural routes from that office.

iAlabama, Her History, Resources, War Record, and Public Men: From 1540 to 1872 By Willis Brewer

(Much of this history has been transcribed from the
History of Alabama and Dictionary of Alabama Biography, 1921 by Thomas McAdory Owens – the photographs are of an Old Tavern and Grace House in Allenton, Wilcox County, taken in 1937 reveal the former grandeur of the County )