The Adventures (or MISadventures) of Lily

Another chapter in the (mis)adventures of my grandmother, Lily. This story involves a “Yankee” visitor from somewhere up north. 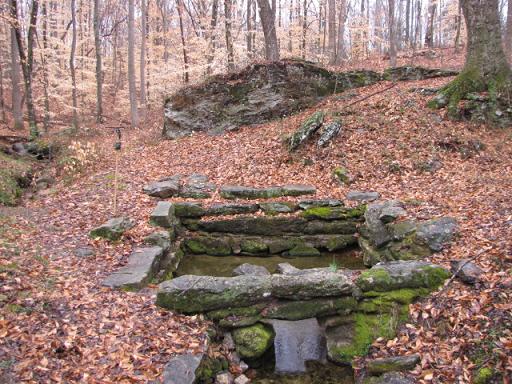 My grandmother and her cousin Henry, had chores to do around the farm, and one of those was to collect drinking water every morning and night, from the artesian springs on their farm.( Those springs still sit on the site of Eastwood mall, but have been capped many years). The spring was located a good piece from the house, so they carried two buckets.

There was a young girl there

On this particular evening, as they approached the spring, there was a young girl there, getting water for her grandmother. Her grandmother lived about a mile from them. They cautiously approached her, and since they didn’t know her, proceeded to introduce themselves. Well. The young lady told them in no uncertain terms that she was visiting her grandmother, and that she was from “up north”, where the only decent people lived. She added that she didn’t want to talk to them, since they were just “poor white trash”. having to live on a farm all the time, while she lived in a great city, in a big, fine house.

You can imagine that her tirade riled the two of them. Remember, this was less than thirty years since the end of the Civil War, and folks thereabouts still didn’t take too kindly to a “yankee”, much less one who called them names.

Let’s teach her a lesson

Well, Lily looked at Henry and said, “ Let’s teach her a lesson!” then winked to make sure he knew she was not serious about hurting the girl. Without warning, they grabbed the girl and hauled her into the spring. They then proceeded to dunk her, over and over. Lily would say “Is she dead yet?”, and Henry would say “NO!”, so they would dunk her again. This went on for a good 5 minutes, when they released the girl sputtering and screaming !! Then they helped her out of the spring, and she took off running to her grandmother’s house. They filled their buckets and went back home.

They thought they were done for

The next day, the grandmother arrived at their house, with the girl in tow. Lily and Henry thought they were surely done for. But the grandmother made the girl apologize, and shamed her for calling them ugly names. After they left, Lily and Henry got a spanking anyway, just for pulling such a prank! I don’t know if the girl ever called anybody else “poor white trash” again, but if she did, I’ll bet she didn’t stick around to get dunked again !