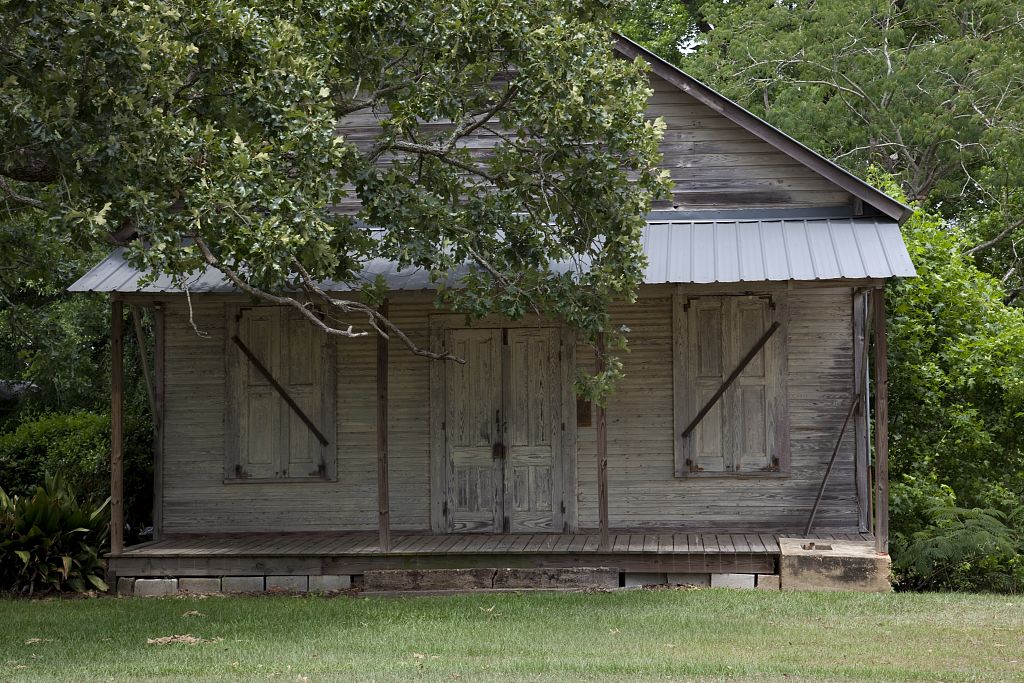 Historical events in that have occurred in Baldwin County include the following: 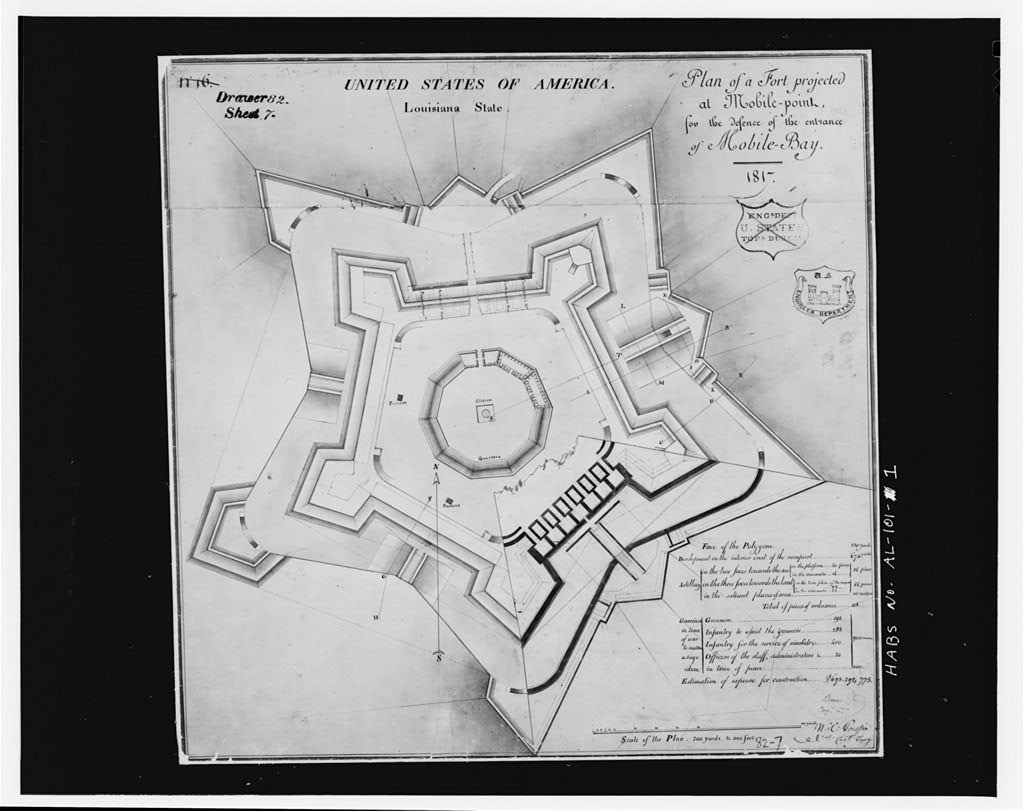 The county was named for Abraham Baldwin, a distinguished citizen of Georgia, so given in deference to the wishes of the early settlers of the county, many of whom were from that State.

Abraham Baldwin – President of the University of Georgia 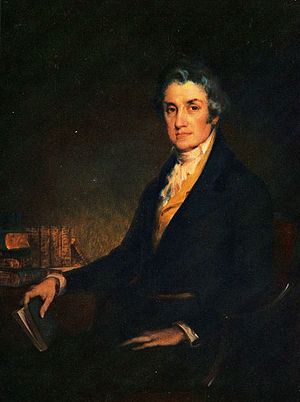 The history of Baldwin County is inseparably associated with two great Indian tribes, the Alibamos and Creeks, with three great European nations, France, Spain and England, and at different times and under peculiar circumstances, with the Americans, as friends or enemies.

The county is practically surrounded by water, being separated from the adjacent counties on the north by Little River; on the west by Alabama River and Mobile Bay; on the east, for most of its length, by Perdido River and Bay. Most of this area is an elevated plain, with a gentle slope toward the south. In the northwestern part of the county the slope to the Alabama River Valley is abrupt, amounting to an escarpment. 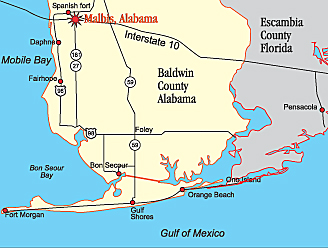 Created by the Mississippi Territorial Legislature, December 21, 1809, Baldwin was the third county formed in the State, and its territory was taken from Washington County. As originally constituted, it lay wholly west of the Tombigbee River, east of the Mississippi line, north of the 31st parallel, and south of the fifth township line, including all the country south of that line in the present Clarke County.

The Alabama Territorial Legislature, February 7, 1818, enlarged its boundaries by adding to it so much of Greene County, Mississippi, as was thrown into the Alabama Territory by the location of the boundary line. The first State legislature, December 13, 1819, still further enlarged it by adding all the country south of Little River as far east as the line between ranges seven and eight, and north of the 31st parallel.

Note- The locations and names of the buildings in the photos below  are from the Library of Congress descriptions, however Gaines Johnston has stated they are mislabeled and actually photos are “of our old (Johnston) family store, small barn, and voting booth in Leroy, Washington County, Alabama”.   See more corrections of name in comments after this story. According to Gaines Johnston and Ashley Coleman, The Library of Congress has mislabeled some pictures as being in Baldwin County, Alabama. 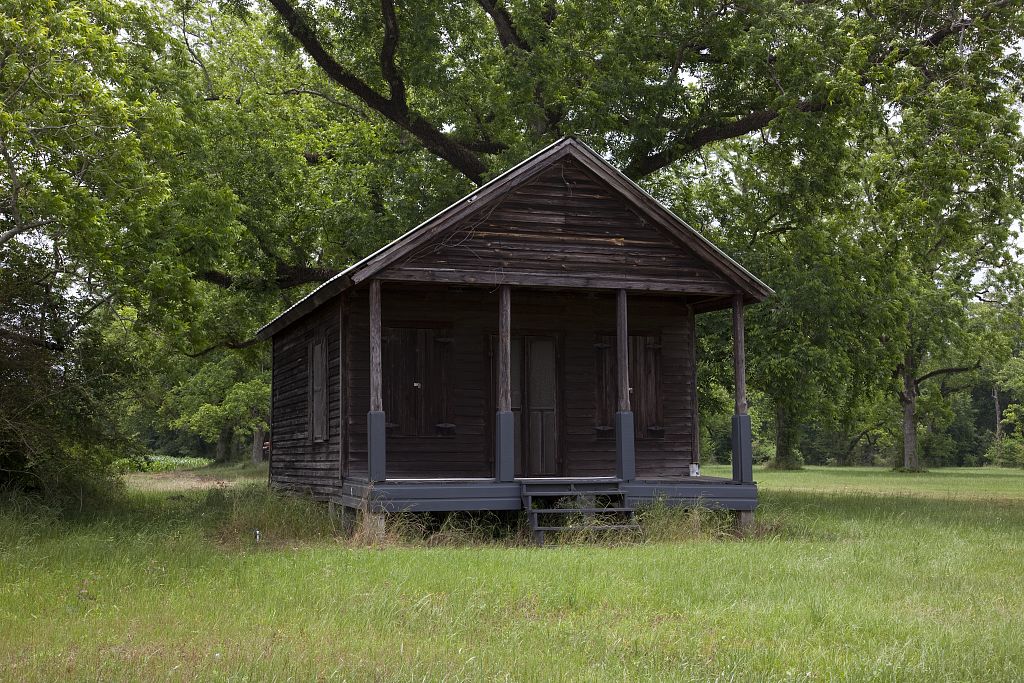 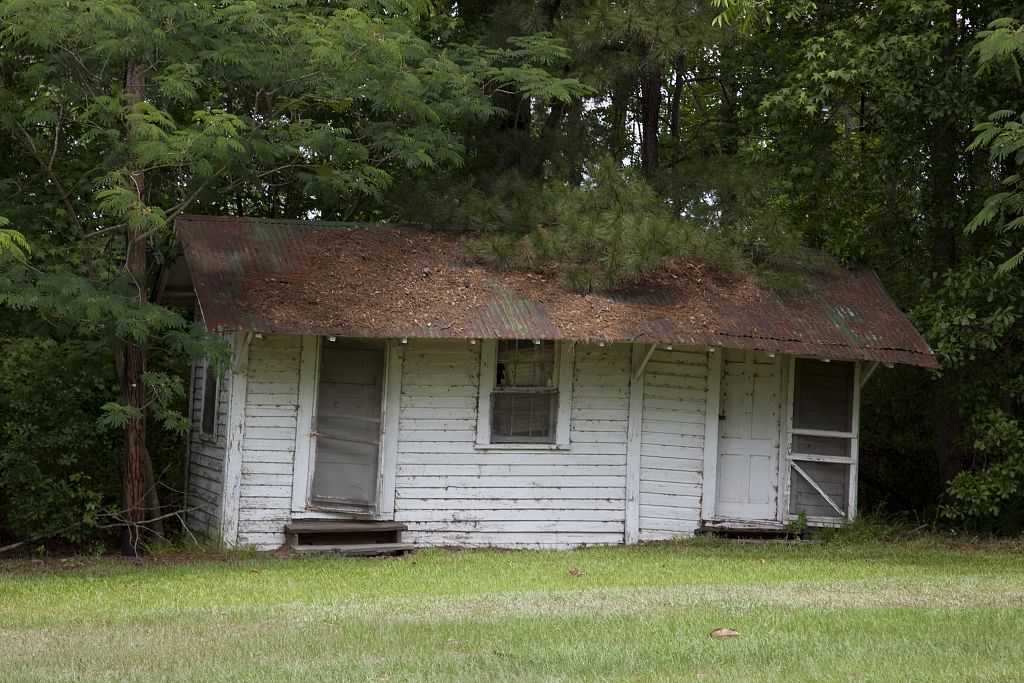 On December 16, 1820, all that part of the county  lying south of Washington County and west of the Tombigbee and Mobile Rivers was added to Mobile County; that part lying in the Fork of the Alabama and Tombigbee Rivers was added to Monroe, and that part of Mobile County east of Mobile Bay was added to Baldwin. By act of December 21, 1832, the northern boundary was more definitely fixed. In 1868, the northeastern part of the county was cut out for the formation of Escambia County. 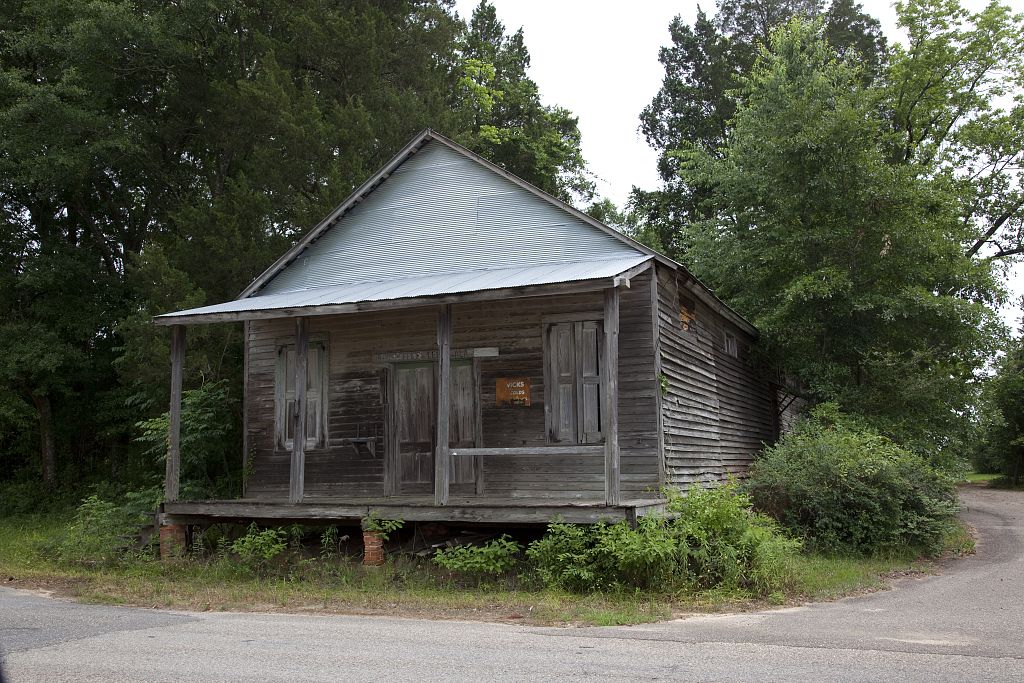 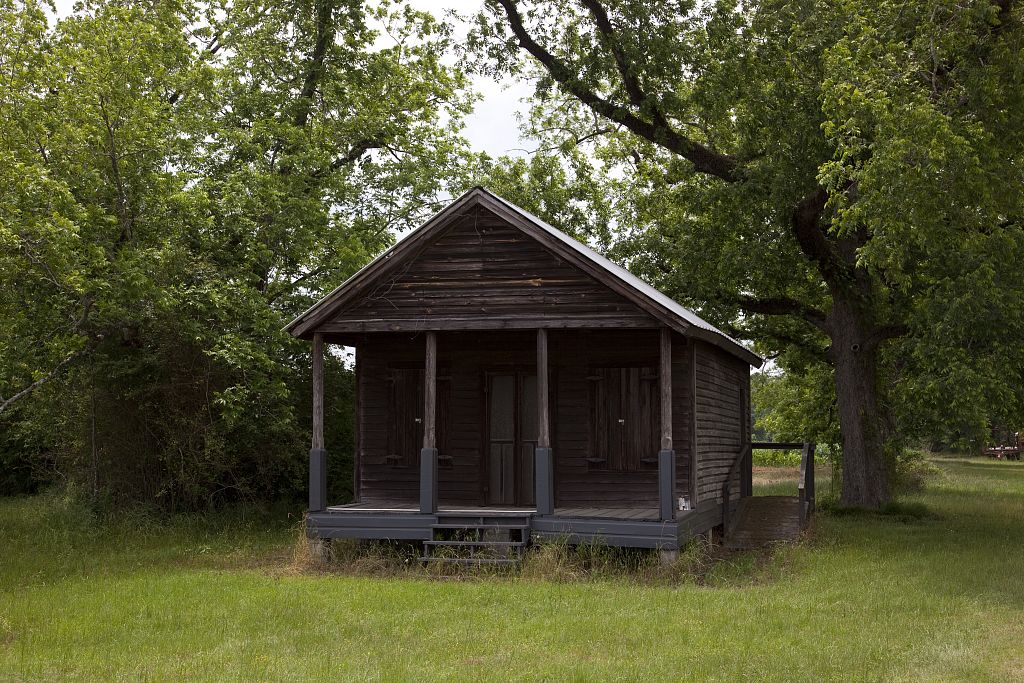 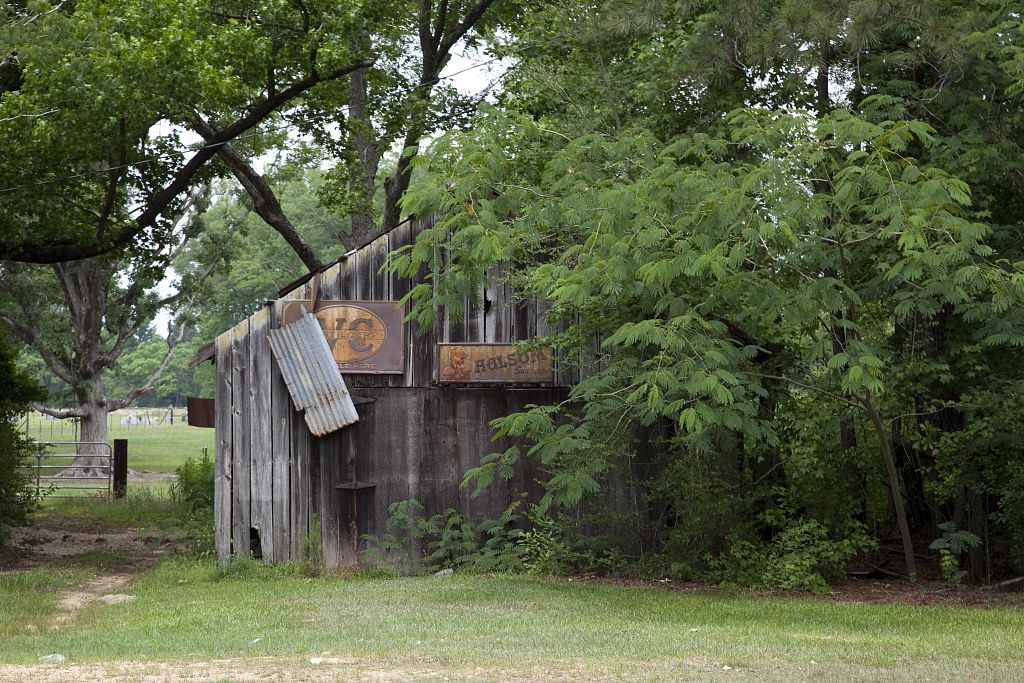 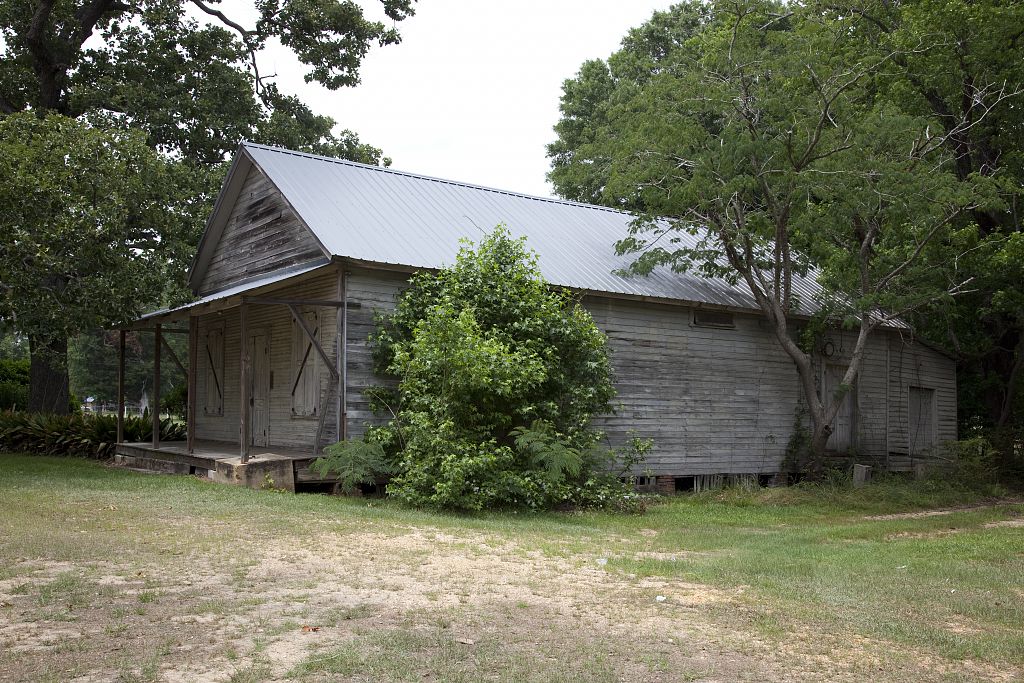 On the organization of the county, the seat of justice was established at McIntosh Bluff, on the Tombigbee. Here it remained until December 16, 1820, when it was transferred to Blakeley. The same act directed the county court of Mobile to sell the court house at McIntosh Bluff, and the proceeds to divide equally between that county and the counties of Baldwin and Monroe. The act named Cyrus Sibley, James W. Peters, Francis B. Stockton, Benjamin J. Randall, and Samuel Hall as commissioners to purchase a site and to erect a court house in Blakeley, at not exceeding $2,000. 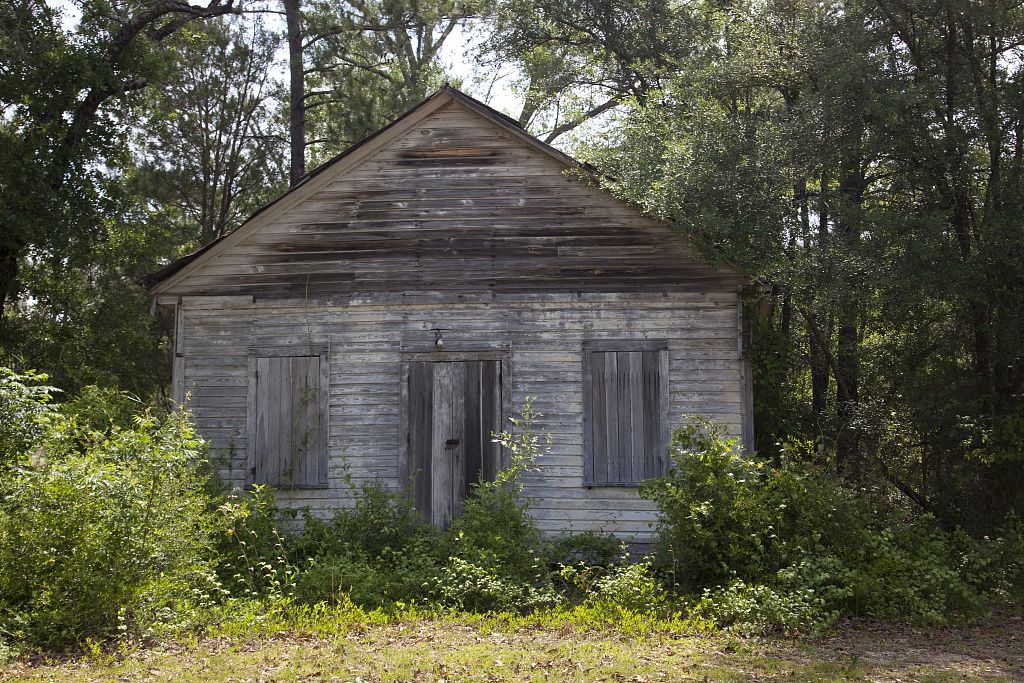 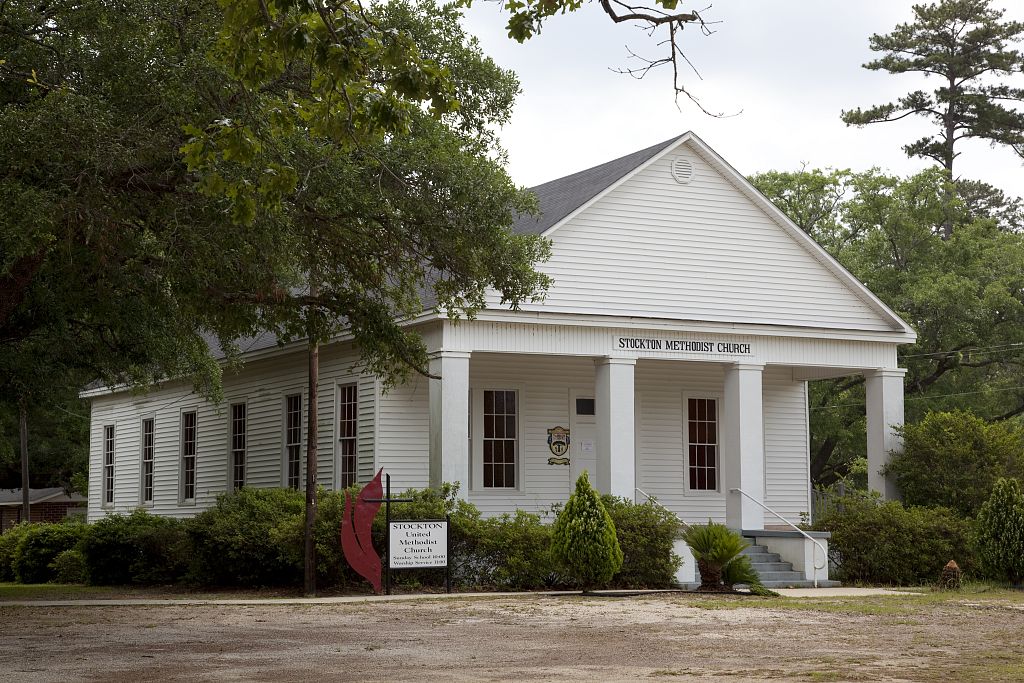 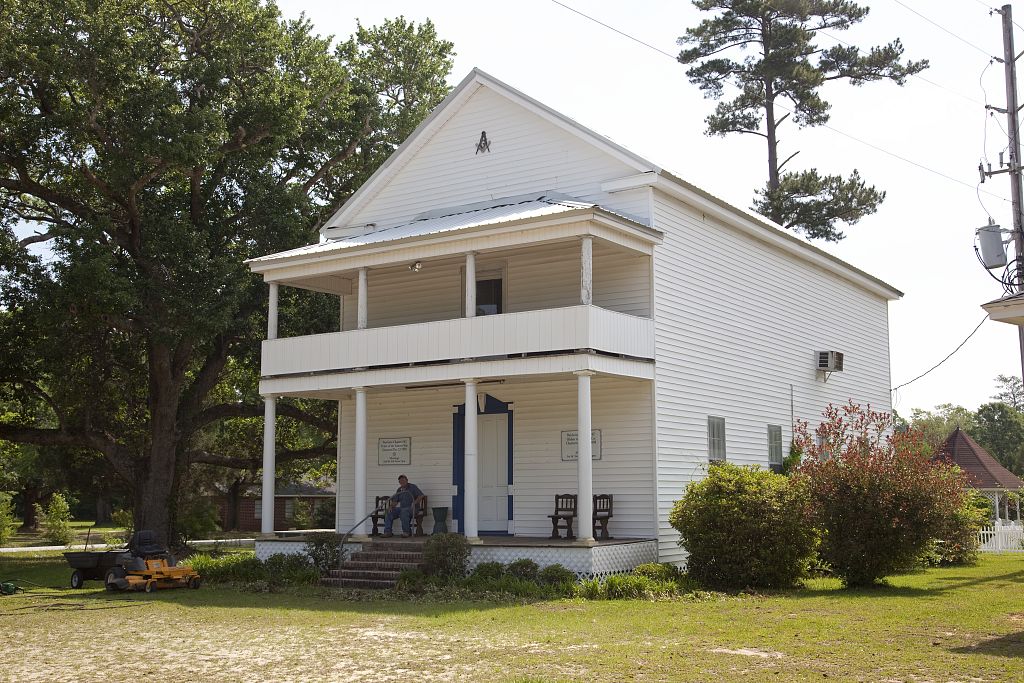 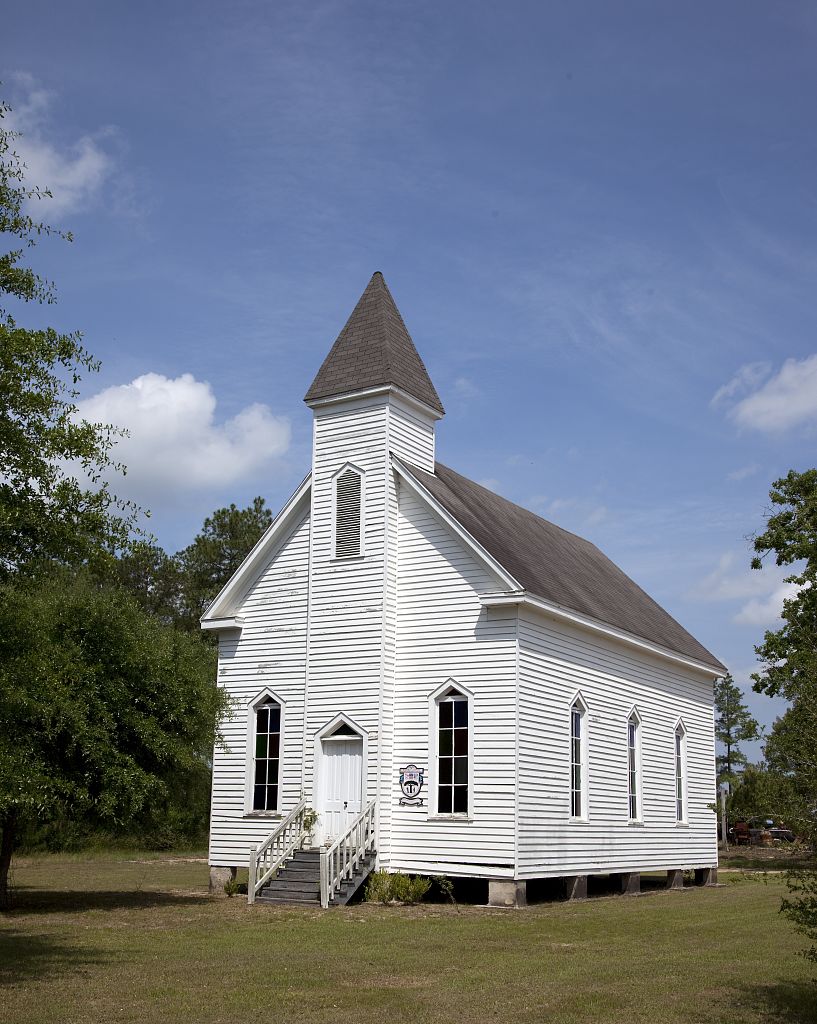 In 1868, August 11, the county commissioners were directed to select a new location for the county seat on the eastern shore of Mobile Bay, within two miles of Montrose. Daphne was chosen, but probably not until after 1870. The legislature, February 5, 1901, named Bay Minette as the seat of justice.

Marker at Fort Mims in Baldwin County, Alabama, honoring the victims of the massacre of August 30,. 1813 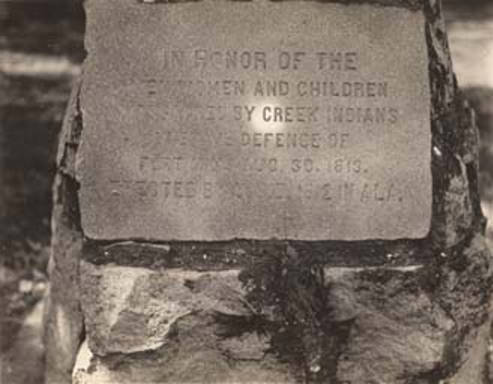 At the advent of the French, Mobilian Indians were found settled on the east side of Mobile River in the northern part of the county, and the name Tawasha Creek may evidence a transient settlement of the Touacha Indians at that place, during some period of the French dominion. About 1715 Blenville settled the Taensa Indiana on Tensaw River, where they remained until 1764, when they followed the French across the Mississippi River.

Apart from these settlements the county seems to have been without Indian Inhabitants, and to have been used as a common hunting ground by the contiguous tribes. But the mounds and numerous shell banks found along the Gulf coast, Mobile Bay, and the river banks, are sufficient witnesses of occupancy by a prehistoric population. Remains have been found on Mobile, Perdido and Bon Secour Bays, on Tensaw, Battle, Bon Secour and Fish Rivers, and on the islands and bayous along the gulf coast, as well as on some of the large creeks flowing through the inland plantations.

Mounds have been located at the following points: burial mound near Josephine on Perdido Bay; a burial mound on extremity of Bear Point in Perdido Bay; burial mounds and sites on Tensaw River; burial mound one mile from mouth of Perdido Bay, and half mile inland; large mound, 40 feet high, near a creek, on the McMillan place, 8 miles from Stockton; mounds at and above Stockton on Tensaw River on the plantation of Maj.Robert Farmer, British commandant; a mound 50 feet high, the largest in this section, on island at Battle Creek; mounds on Simpson Island, also near Starke’s Wharf, near Fish River and on Seymours Bluff. Shell-banks and shell-heaps, containing aboriginal remains are found on Simpson Island at mouth of Mobile River; on the eastern shore of Mobile Bay, one mile from Point Clear; on east bank of Tensaw River near old Blakeley in T. 3, S., R. 1, E.; extensive banks near Gasque on Bon Secour Bay; deposits at Blakeley; on Bon Secour River and at Strong’s Bayou. These shell heaps are in the nature of kitchen middens and in most cases contain pottery and broken artifacts. 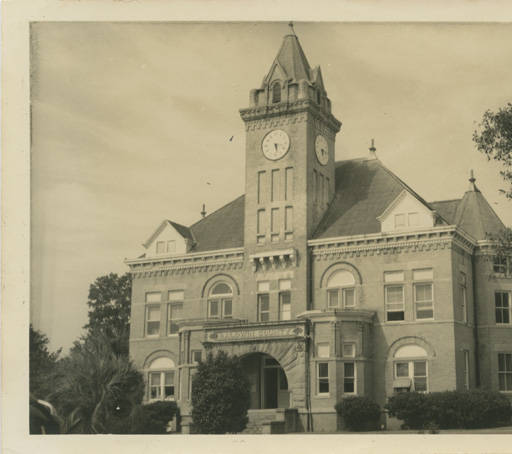 The first American settlements in the county were made on Lake Tensaw and on Tensaw River, mostly by Tory families which migrated from Georgia and South Carolina during the American Revolution, although some came after that struggle, leaving their homes in consequence of Whig intolerance. Intermingled with these Tensaw settlers, however, were Whig families.

Some of the family names of the settlers have been preserved— Byrne, Easley, Hall, Kilcrease, Linder, Mims, Pierce, Sibley, Steadham, Stockton and Holmes. Of these, Captain John Linder was the most prominent. He was a native of Switzerland, and was in the British service for several years as engineer and surveyor.

During the Revolution, Gen. Alexander McGillivray assisted him in removing his family and numerous slaves, and in settling them on Lake Tensaw. The settlers were later reinforced by the arrival into their midst of several Indian countrymen, with their Indian wives and halfbreed children. Benjamin Durant was a type of these newcomers. He was a Carolinian who had married Sophia, a sister of Gen. McGillivray. 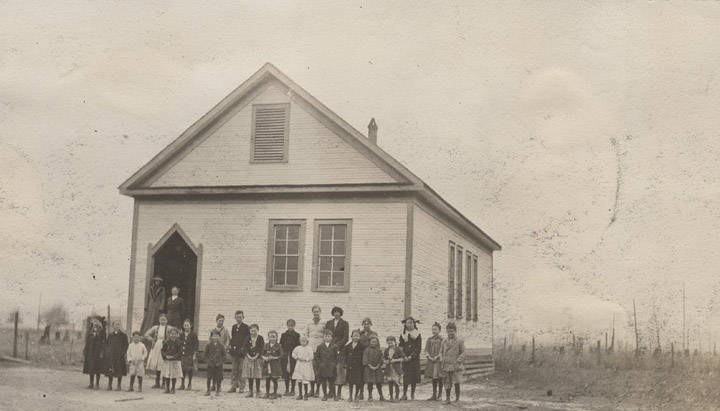 The first saw mills in the county were owned by Byrne and by Joshua Kennedy. They were in existence in 1813, but no doubt had been erected several years previously. The first cotton gin was established in 1803 by John and William Pierce at the Boat Yard on Lake Tensaw. Another cotton gin was built at McIntosh’s Bluff on the Tombigbee, but the year of its erection is not known.