Joseph Oswalt Thompson was a planter, colonizer, and federal office holder. He was born February 2, 1869, near Tuskegee, Macon County the son of William Phillip and Mary Watson (Jordon) Thompson. His father was a farmer, merchant, mayor of Tuskegee, sheriff of Macon County and served four years as a private in Co. K, 45th Alabama infantry regiment, C. S. Army. 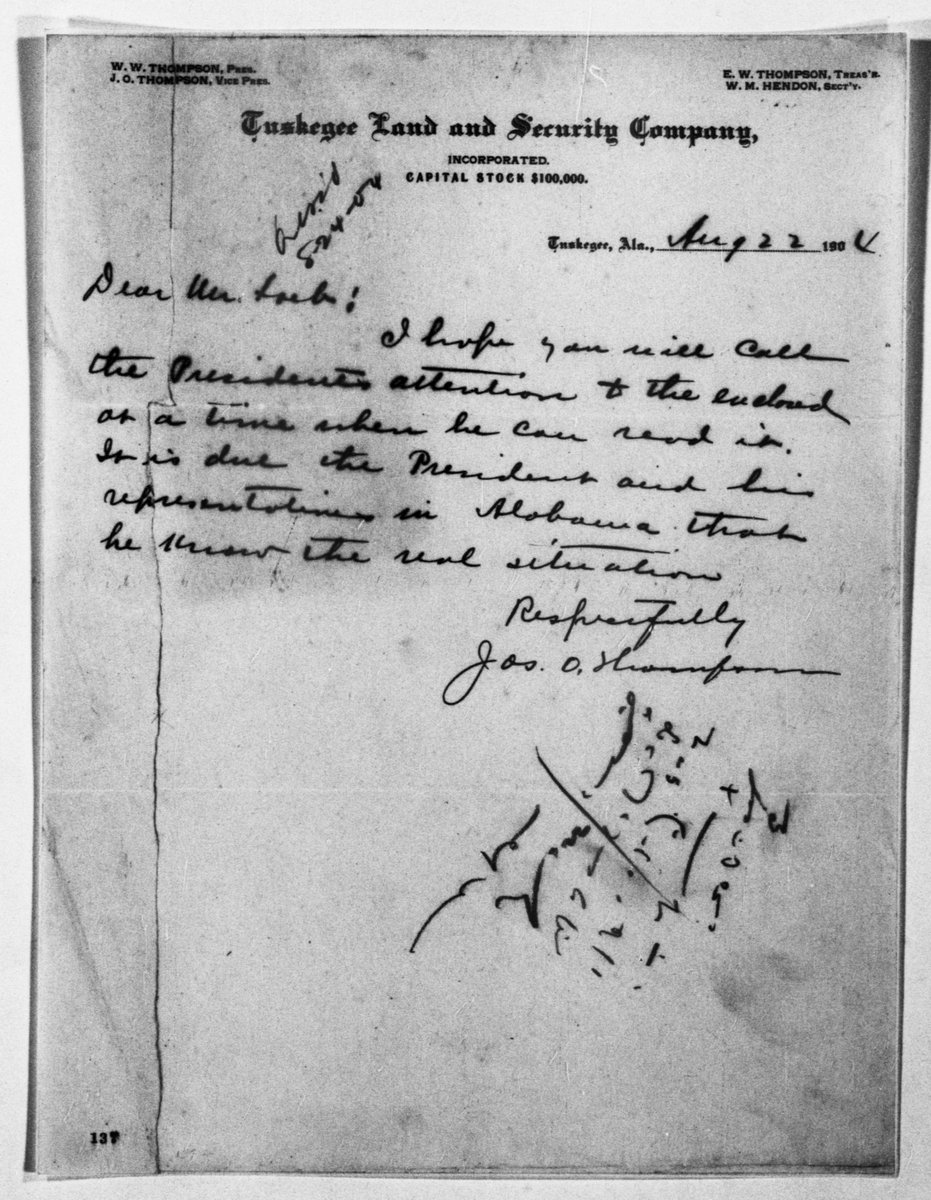 Joseph was the brother of Charles W. Thompson grandson of Alfred and Mary (Wagner)Thompson of Talladega and Cross Keys, and of Samuel and Sarah Dabney (Walker) Jordon who lived first in Lynchburg, Va., and moved to Alabama in 1849. He was the great-grandson of Edmund and Elizabeth (Armistead) Walker, the latter was descended from William Winston of Revolutionary fame, who was the maternal uncle of Patrick Henry.

Thompson was educated in Park’s high school and the Alabama military institute. He is a farmer, who has owned and operated a large acreage in a number of counties in the state and has also been interested in promoting farm colonization. He has specialized in cotton production and one year grew more than three thousand bales, being the largest grower in the State at that time. He was one of the organizers and second vice-president of the Alabama Land Congress and organized the cotton holding movement in 1915, by which millions of dollars were saved to the cotton growers.

He was a Republican, and was the sole referee of federal patronage in Alabama, during President Roosevelt’s administration. He was chairman of the Republican committee of Macon County and chairman of the State Republican committee for eight years; deputy U. S. marshal; deputy U. S. collector; U. S. commissioner; postmaster at Tuskegee; U. S. collector of internal revenue for ten years; Progressive party national committeeman for Alabama two years; receiver of the Southern steel company, a twenty-five million dollar corporation.

Thompson was a Baptist and was married: April 13, 1888, at Tuskegee, to Annie, daughter of William Reardon and Mary Ann (Perry) Magruder, of that place. She was the granddaughter of Zadoc Magruder of Augusta, Ga., and of Shadrack and Elizabeth (Douglass) Perry of North and South Carolina, respectively.

The American founder of the family was Alexander Magruder, a Scotchman, who settled in Maryland early in the history of the nation.

Joseph and Annie Thompson’s children were:

Joseph O. Thompson resided in Birmingham, Alabama ca. 1921. He died in 1933 and is buried in Tuskegee Cemetery, Macon County, Alabama.