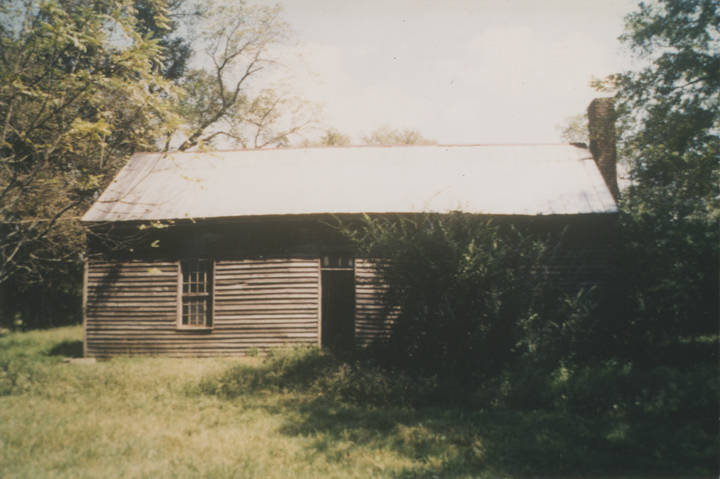 From a clipping from the Gadsden Times

In compliance with a promise made you some time since, I now furnish you with the first chapter of “Reminiscences of the Early Settlement of Cherokee County, Alabama.” If I did not have an inexpressible aversion to the thought that I am growing old, I would tell you when and where I was born. I suppose, however, that the announcement of these facts will not cause the wheels of time to roll round with greater velocity. I am aware that all readers like to know something, at least, of the history and character of the writer after whom they read.

Yielding, then, to this acknowledged demand of our nature, I will state that I was born in Abbeville district (now county), South Carolina, on the 12th day of October, 1825. My father is one-half English and the other half Dutch; my mother one-half Irish and the other half Welsh. So you see, gentle reader, that the blood of four of the great nations of earth course through my veins. In view of this fact, I have always been of the opinion that my parents made a mistake in selecting my Christian name. They ought to have named me “Medley”, which as you know, means “a mixture,” I would not have objected to “Dan,” that most euphoneous of all male names. Then I would have written it thus: “Dan Medley.”

In the autumn of 1835 my father, Rev. Whitfield Anthony, determined to leave the old red hills and sandy bottoms of South Carolina, and go to a land that “flowed with milk and honey.” After having traveled very extensively over Georgia and Alabama “spying out” our future Canaan, he returned with his report, which was to the effect that he had found the long desired and much sought after which was in many respects the equal of the lost Eden of ancient notoriety.

Geographically, it was bounded on the North and west by the beautiful and majestic Coosa river, on the south by Terrapin and Frog creeks, and on the east by the Georgia line. True Edenic zephyrs swept over a vast area of territory around, causing the earth to bring forth unumbered flowers of Paradiscal beauty. The lowlands were covered with cane of wonderful height yet overshadowed by majestic trees of great variety. The higher lands were covered with every variety of berry and wild fruit, The forests were full of deer and game of all kinds. The water courses abounded in a full supply of the best varieties of fish; while wild bees and filled all the hollow trees—and crevices in the rocks with that delicious article which David said is so “sweet in the comb.” 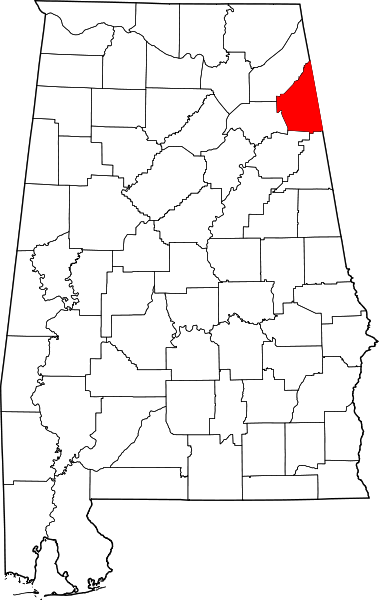 When my father came back from “spying out the land” and gave his glowing description of this modern Eden, I felt that it would be an intolerable detention to tarry until the ensuing fall in that old worn out country—I longed for the time to come when we could get to the land of “fritters and honey.”

Time moved on. The appointed day for us to move westward at length arrived. Farewells were uttered, tears shed, the whip cracked, the wheels rolled and on we went for two mortal weeks. We crossed the western Georgia line about the middle of a bright afternoon in the month of November, 1835. We were informed that we were then in the Alabama portion of the Cherokee nation. We rolled on till a late hour in the evening, keeping on the old Georgia and Alabama road. At length we came to what was then called Spring creek, now called South Spring creek, to distinguish it from one of the same name in the northern portion of the county.—There we went into camp for a few days. The object was two-fold: first, to replenish our empty larder; secondly, to allow the “men folks” opportunity to look around for suitable places for locating their future homes. Our party of emigrants numbered about forty souls. While the men were out home hunting, the juvenile males were detailed to take the dogs and bring in something to eat.

Away we went, looking for those ponds of honey—and finding none. We strained our eyes looking into every hollow tree for bees, but saw none. We saw several deer, but they always saw us first; the first thing we saw of them was the flag of defiance, which was always hoisted between them and us.

Late in the evening we succeeded in capturing two hares, which evidently belonged to the family of Pharaoh’s “lean kind”, but they were better than no meat, so we marched to camp carrying our game with us. While we were skinning and washing our meat at the ford of the creek, we looked back as far up the road as we could see, and “longed for the flesh pots of Egypt.”

The men of our party returned at night, bringing a deer with them, which in reply to the question as to how they captured it, my father said “had been struck with a silver bullet the size of a Mexican dollar,”—They had brought it from an Indian, who was more expert in cultivating an intimate acquaintance with the bounding game of the forest than were the uninitiated men of our party.

SELECTION OF A HOME

My father finally bought out a man by the name of Martin, who had built him a cabin 16 x 18, covered with four feet boards secured by logs on top, called weight polls, and floored with split logs. The spacious kitchen was 12 x 14, with as firm a floor as old mother earth could afford—that is to say, it was a dirt floor. The houses were built upon the first elevation of uplands adjoining the rich river lowlands.

Front of the Mhoon House in the nearby Mhoontown community, north of Cherokee, Colbert county, Alabama, This homes was built ca. 1840 and as razed 1990s. It was probably typical of first homes in the area. (Alabama Department of Archives and History)

Martin had half-way cultivated about five acres of land the year preceding, and had “deadened” about as much more, around which he had made a fence, so-called-that is, it was enclosed by a structure of rails and poles six high—Martin gave as a reason why he wished to sell, that the country would soon be too thickly settled.

The facts in the case, as I afterwards learned them, were, that Martin had left his own wife in Tennessee, and somehow or somehow else found himself in possession of another man’s wife. Perhaps the consciousness of these facts had something to do in forming his views of the increase of population in the nation. He left for parts unknown to us. Whether he ever found his own wife, or returned the other man his strayed or stolen one, I have never heard. Our location was one mile south of Coosa, in what was then called the Lay of McCay bend, three miles west of the mouth of Mud Creek, two miles from Cothrun’s ferry, four miles from the present site of Cedar Bluff, and about one and a half miles from what is now known as Howel’s X Roads.

Ambrose Vandiver was our nearest neighbor. He had a large family, in which the female element largely predominated. I was in later years decidedly of the opinion that his girls were not only domestic, but also good looking—especially Miss Bettie Hezekiah Day, who was afterward the first Justice of the Peace in that part of country, was our next nearest neighbor.—Poor fellow, he allowed his passions to control his reason. He subsequently got into trouble, was charged with an attempt to violate the person of a poor girl, was tried which cost him the greater portion of his worldly goods, and he only escaped with his life as it were by the skin of the teeth. He then left in pursuit of a home in the more distant west.

John Lay, with whom his aged father lived, who was also the father of Capt. C. M. Lay, of Gadsden, lived about one and one-fourth miles from us, on the bank of the Coosa; also his mother-in-law, Mrs. McCoy, with her two sons, William and John, and her daughter Nancy. Below McCoys Mr. Absolem Reagan lived, who, I believe, was a son-in-law of Mrs. McCoy. Some two and a half miles northwest of us lived old Col. John Cothrun and Major Sam Martin. Maj. M. died three or four years afterward, as did most of the members of his family. His son Charles Bingley, I have been informed, made a Baptist preacher of no ordinary character.

He certainly ought to have made a preacher, for by common consent, there was only one boy in all that portion of the nation that could bear a comparison with him in boyish mischief. Who that worse boy was I leave you to conjecture; I believe there is no law requiring a witness to incriminate himself.

Having given my location, I propose to tell the reader in future papers what I learned from my standpoint of pioneer life—Indian war in Cherokee, religious development, educational advantages, “slick law” establishment of law and order, political phases, etc.