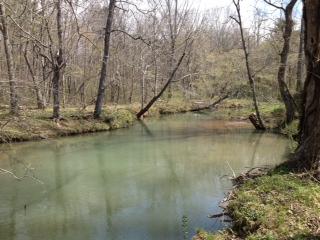 Wars and rumors of war in Cherokee County, Alabama

INDIAN WARS IN THE NATION

Soon after our arrival in the nation a company of Creek Indians, numbering fifteen hundred, left the Creek nation, and coming into the Cherokee nation, found a wigwam town on South Spring creek, about three miles from our residence,—They said on their arrival that they had left their old homes for no other reason than to get away from the seat of war.

The Creek nation was then engaged in war with the United States. The seat of war was near Columbus, Ga. and in those counties of Alabama which lie immediately on the State line, within the limits of the Alabama Creek purchase.

The Indians for a time were friendly with the whites, but. soon began to grow sullen and more distant in their intercourse with them. It was not long before distrust, coupled with fear, gave rise to numberless statements concerning preparations for war. “The Indians are painting!” it was said, “and this is an unerring omen of their being ready to start on the war path.” They were running bulets, (sic) grinding knives and tomahawks, and doing a thousand other things that pointed to the speedy massacre of the whites.

The whites began to hold councils of war and to devise means of protection. It was agreed that it was the duty of every one to put his own “house in order.”—that is, to cut holes in his cabin large enough to shoot through. He was then to bore holes through the logs of his cabin, drive wooden forks through, and secure his door by as many wooden bolts as wuld be necessary to make his dwelling impervious to the attacks of the savages. Every one within the bounds of my acquaintance took “due notice and governed himself accordingly.”

A FAMILY SAID TO BE MURDERED

Shortly after these initiatory and necessary war steps were taken, a man came through the settlement with hat in hand, waving it over his head as he rode, which was the signal to be recognized as the tocsin of war, or in other words, it was to be regarded as a sign that the Indians had began their bloody work; it was also to be the bugle note which was to call the patriots to the front. This harbinger of battle and blood at intervals would shout as he rode, “The Injins killed Cazort and his family last night!”

A man of that name lived a few miles from us across the Georgia line. The women and children began to hunt for places of safety, some going into the centre of the corn field, others hiding in the swamps and canebrakes. The men seized their guns and ammunitions, those who had horses mounted them, and all hastened to the front. One of our neighbors, old Tom Price, had neither gun nor horse, and when the little band of patriots reached his cabin they found old Tom riving boards. He declared his willingness to go an Indian killing expedition, provided some one would let him “ride behind.”

One of the party agreeing to the proposition, old Tom threw down his froe, retained his mallet as a weapon of war, mounted behind, and went on, swearing that the “Injins” would all have to be killed. The moving army halted next at the cabin of old

who was ever ready to “slick” the “pony club,” but when it came to hostile Indians, with the implements of death in hand, he found it necessary to change his tactics. He however, mounted, whip in hand, and moved on to the front. My father was elevated to the responsible position of Commander-in-chief of the Grand Army of Mud Creek.

On the march to the supposed seat of war, Captain Whips, having made up his mind as to the best mode of conquering a peace, and knowing my father to be a minister of the gospel, rode up to him and adressed him thus: “Well, parson, I have been studyin’ about these here Injins, and I’ve concluded that the best way to git red of ’em is to convert ’em. Yes, sir, convart ’em every one, and be done with ’em.”

My father, looking at the subject from a theological standpoint, could not comprehend how a work so vast, in its character could be done under the circumstances in time to meet the emergencies of the case; and doubtless the old gentleman supposed it would be difficult to find a missionary who would be willing to undertake the task of “converting” fifteen hundred savages with tomahawks and scalping-knives in their hands.— With these views, my father politely informed the Captain that he had no doubt with regard to the efficacy of the Christian religion in bringing about peace between man and his fellowman, even though his fellow-man be a savage Creek Indian. “But,” said he, “Captain, how are we to make Christians of them before they kill the women and children?” To which Whipps replied: “Drot it, parson, I didn’t mean to make Christians of em.—I mean to convart ’em from live Injins into dead ones; that’s the kind of convarsion that will suit Injins, and no other kind will do.” The parson just then received new light upon the Bible term “convert.” During the absence of the men, the women and children were taking care of themselves as best they could.

the wife of Rev. John Holmes, who lived on Locust branch, three miles south of our location, took her family and retreated, into the centre of the corn field. It was night, quite dark and raining. The corn was of sufficient height to hide one, even in daylight, from the view of a person on the outside of the field.

The old lady had a large family. After reaching the centre of the field she counted noses, and found that her numerous progeny were all present; but, to her extreme mortifications, she found that her son Warren, a youth of seventeen or eighteen summers, had left the house without his coat, and was consequently in his shirt sleeves.

The old lady, on making this discovery, said to her hopeful son, “Why, my darling son Warren, here you are in your shirt sleeves, and your shirt is whiter than snow. Oh, me! Oh, me! the Indians can see you five miles in the dark. Oh me! what shall we do what shall we do!”

Just here a bright idea struck her, and she continued: “Come right straight along here and get down on your knees and let your mother daub you. Yes, my darling, your mother must daub you, or the Indians will see you and kill us every one.” Warren was an obedient son. He came, and meekly upon his knees, submitted to the behest of his mother, and most successfully “daubed” by her loving and affectionate hand.

Our braves soon returned, bringing the welcome news that Mr. Cazort and his family still lingered in the land of the living. They saw no Indians, heard no war hoop, and were fully convinced that the whole thing was a false alarm. Quiet was again restored; but it was only for a short time. We were doomed to drink the bitter cup to its dregs. In my next I will give some very interesting particulars connected with the second bloodless war in the nation.