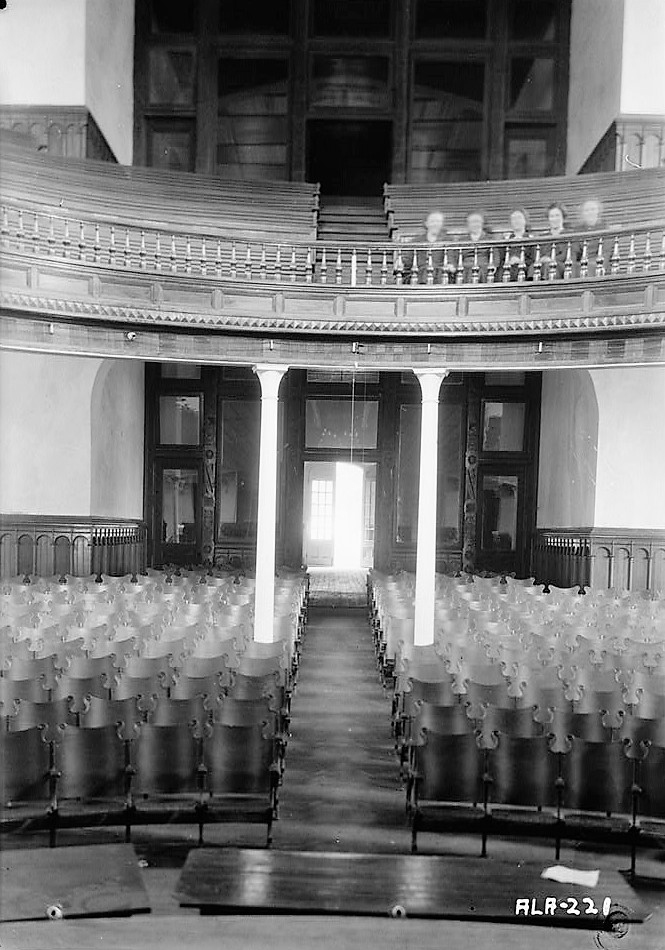 (This transcribed article was published in 1908)

Nearly forty years ago—to be exact, in 1869—there existed in Greensboro an organization known as “The Greensboro Dramatic Association,” the object of which was “for the purpose of aiding the destitute of Greensboro and vicinity.”

The Association gave dramatic exhibitions once a month, and the proceeds were devoted to charitable purposes. The first play enacted was entitled “Faint Heart Never Won Fair Lady,” and was a great success.

There were no lady members of the company, and the characters in the play that required ladies were taken by the men, who would dress in feminine attire. The Dramatic Association accomplished much good during its career. The following were the members, as gathered from the minutes:

ALABAMA FOOTPRINTS Immigrants: A Collection of Lost & Forgotten Stories When independence from Britain was won in 1776, a great westward movement of Americans began. Historians refer to this movement west as the Great Migration. Though it was only a territory, Alabama’s population grew faster than any other state in the United States during the time.