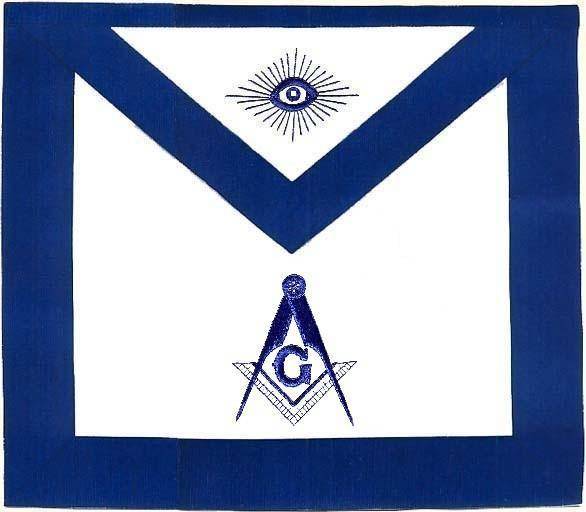 The Masonic Lodge now in existence in Greensboro (in 1908)— known as Lafayette No. 26—dates back to the year 1826, though it would appear from the minutes of the Lodge that it was the successor to one which had formerly been organized in the town.

From an old, faded and dim minute entry the following is taken:

“By virtue of the foregoing Dispensation from the Right Worshipful John B. Hogan, Deputy Grand Master of the Grand Lodge of Alabama, a special communication of the Lafayette Lodge No. 26, was begun and held at the store house of Samuel Reed & Co., in the town of Greensborough on the 19th of August A. L. 5826, A. D. 1826.”

A committee was appointed “to collect the jewels and furniture of the former lodge held at this place, value them, and report at the next communication.” 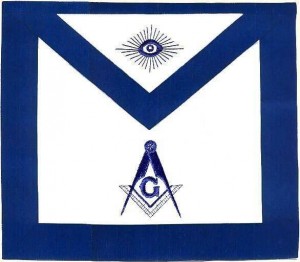 In order to ascertain something in regard to the “former lodge” referred to in the above, a letter was written to the Grand Secretary at Montgomery, the reply to which is here inserted:

To the Most Worshipful Grand Lodge of Ancient Free Masons of Alabama:

Prior to the dissolution of Washington Lodge No. 17 held at the Orient of Greensborough the meetings were so thinly attended and the members so dispersed that it was not in my power to make a return to the last annual communication of the Most Worshipful Grand Lodge, and therefore solicit their indulgence for any omission of duty I may have reluctantly committed.

At a communication of Lafayette Lodge No. 26, held on February 20th, 1827, it was ordered: “that a petition for a Charter for this Lodge be forwarded to the Grand Secretary of the Grand Lodge of Alabama before the next regular communication.” The Charter was promptly granted and bears the date of March 21st, 1827. It designates Franklin A. Shaw as Worshipful Master; Josiah Downing as Senior Warden, and Ebenezer Whiting as Junior Warden. The Charter is signed by Nimrod E. Benson, Grand Master, John B. Hogan, Deputy Grand Master, and John G. Acker as Grand Secretary. The sheepskin upon which the charter is written is now yellow with age, and has been in the lodge room for more than three-quarters of a century; yet, it is in a fairly good state of preservation and is likely to witness the coming and going of several more generations of Masons. No reference is made in the ancient minutes of the Lodge in regard to where the communications were held from August 1826, until January 1833, at which time the agitation of the question of building a lodge room was begun. From Some of the old inhabitants we have heard that the Masons met in the early days in a building situated somewhere near the present shops of George DeLaney—this location was probably where Washington No. 17 met. It would seem that the Lodge went to work in earnest on the lodge room proposition, for at a special communication held on February 15th, 1833, the following appears on the minutes: The committee appointed to select a lot on which to erect a lodge room reported “that the lot of Col. McAlpine cannot be obtained on the terms anticipated by the Lodge, and that Mr. Sanders’ lot could not be obtained without restriction.” Thereupon it was ordered “that Mr. Sanders’ lot and Mr. Peck’s lot be put in nomination, and the one which shall receive the greatest number of votes be taken as the site for a Lodge, whereupon it appeared that Mr. Peck’s lot received the greatest number of votes.”

The next week—February 22d, 1833—the Lodge met and “the brethren were formed in procession and marched to the Methodist church, where an eloquent and feeling address was delivered to them by Brother R. L. Kennon; from thence they proceeded to laying the corner stone of the new lodge, which being performed with appropriate ceremonies, they returned to the lodge room.” The Masons participating in the dedicatory services were: J. S. W. Hellen, John Fife, V. T. Shell, John Cocke, Henry Webb, R. Shackleford, C. Jones, C. H. Cox, S. W. Webb, J. P. Hill, J. B. Scott, W. T. Scott, N. Pinkham, G. Goodrum, C. F. Stephens, John Craig, W. Earby, W. S. Harrison, Messrs. Noel, Halbert, Whiting, Stewart, Ocheltree and Garrett all of Lafayette Lodge; and visiting brethren R. L. Kennon, Thomas S. Abernathy, William Craig, James A. Beal, T. F. Moody, John Nelson, Joseph B. Stickney, J. Middlebrooks, J. Downing, James Chambers, J. E. Frierson, F. J. W. Nelson, T. Goodrum, W. D. Baldwin, J. D. Cash, Willis Nall, John P. Lipscomb, John McGinnis, O. Eddins, A. McMillan. At the meeting of the Lodge on September 16th, 1833, the following motion was passed: “Resolved that the site agreed on for the location of a lodge room be rescinded, and that a committee of three be appointed to circulate subscriptions for the purpose of raising sufficient funds to build a Lodge Room on the top of Mr. Dickens’ house; when brothers Cocke, Hellen and Webb were appointed.” This committee did not progress as rapidly with their work as did the first one appointed to select a site, for it was not until February 17th, 1835, that Mr. Dickens made the Lodge the following proposition:

To the Members of Lafayette Lodge at Greensboro:
Gentlemen:-

“Having had a conversation- with some of the members of your body on the subject of building a lodge room on my lot lying east of the Warrior House, I take this method of making you the following proposition:

I will erect a building of the same size of the one you now occupy on the street leading from Main street to Mr. Peck’s family residence (Peck’s residence was the W. W. Powers homestead) on the same terms that the one you now occupy was built, without the restriction that was laid on it. The lower room of the building is to be constructed so as to make a good Town Hall, and to be appropriated to that purpose, provided the citizens of our town will pay for it, if not, to be owned by myself. I am also willing to make a good title to the upper story on its being paid for, or to the whole building if the Lodge, or citizens, will pay the cost of the same, without any charge for the ground on which it stands; the room now occupied as a lodge room to be retained by the Lodge until the new one is finished, without any charge for rent, and then to be given up to me. I am, Gentlemen

Yours with respect,
Robert Dickens.

N. B. It will be understood that I will make good all the expense the Lodge has been at in furnishing a part of the materials for building the present Lodge room.”

This proposition was accepted and Dickens built the lodge room now occupied by the Masons of Greensboro. The amount paid Dickens was $629.54, this being ordered paid at the communication held On September 15th, 1835. In the month of April, 1837, a bill from C. Jones was presented “for work in building the Masonic Hall.” The amount of this bill was $460.64. This was nearly two years after the payment to Dickens. The minutes disclose nothing further on the subject.

The career of Lafayette Lodge has been a long and honorable one. Many distinguished men have been numbered among the membership. Scattered throughout the length and breadth of the land are those who have been within the precincts of its Hall and have taken part in the Masonic work.

It has a present membership of forty-five.

The following is a complete list of those who have filled the position of Worshipful Master since the organization of the Lodge in 1826: