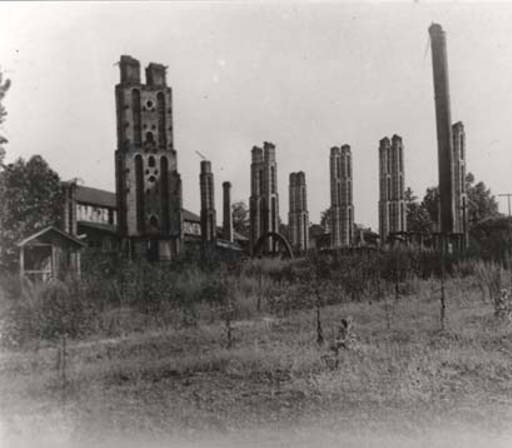 (This was published in THE CAHAWBA JOURNAL Fall 1985)

The following letter was written by Robert L. McCalley to a Huntsville newspaper and was published in the BIBB BLADE on May 19, 1881. McCalley was the son of Thomas S. McCalley of Huntsville and the son-in-law of C. C. Huckabee. He served in the Army of Northern Virginia until severely wounded at the battle of Gettysburg. He was afterward a captain of scouts in Alabama, and when the war closed he returned to Washington and Lee University where he later graduated. When and how he got tangle up with the Huckabee family no one knows.

The town of Brierfield was located during the war, and named for and in honor of Jefferson Davis’ home and plantation in Mississippi. 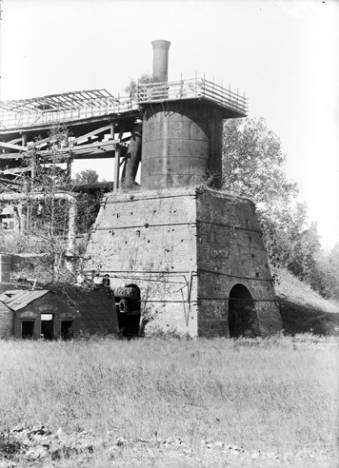 The Brierfield Rolling Mills and Iron Works are located at Brierfield in Bibb County and are on the old Selma, Rome and Dalton Railroad now the Virginia, East Tennessee and Alabama Railroad, 51 miles from Selma and 30 miles from Birmingham and are about the central portion of the great brown hematite iron region. They are among the largest and finest constructed works in the State, the buildings and machinery having cost not less than $180,000 in their construction. These works are now owned by C. C. HUCKABEE, their original owner and builder, and myself. We are now putting the works in blast and operation, and, within three weeks will have things going, making iron, and rolling out cotton ties.

The old Bibb Furnace is 2 ½ miles from Brierfield. It was sold by Huckabee to a Louisville company, Messrs. SHEPARD, CARTER & Company, some four months ago, for $50,000, but is now valued at not less than $200,000 since the opening of the mine, within the last two months, has proved the beds of ore to be inexhaustible. This property was owned and operated during the war by the Confederate Government, and the iron, of which the cannon and guns were made at Selma, was prepared at these Works. Messrs. SHEPARD, CARTER & Company have rebuilt the Furnace, and will go in blast this week, with the capacity of 20 tons of cold blast charcoal iron per day. The market price for this brown hematite iron is about twice as great as the red hematite  Birmingham, and, to make her iron at all marketable, Birmingham is now sending into the brown hematite region for ores to mix with her red hematite ores.

In closing, I will state that the iron, made from the brown hematite ores of Bibb County and at the Brierfield Iron Works and Bibb Furnace, has the reputation in Pittsburgh, Cincinnati, St. Louis, Louisville and other iron markets, of being the best iron made in this State, and equal to the very best made in the United States. This is from the fact that the brown Hematite ores of Bibb County are largely mixed with what is known as the needle ore, and the fine and rare stalactite or magnese ore and from the further fact, that these ores have scarcely a trace of phosphorous in them. At the World’s Fair or Expositon at Paris, the iron, made at Brierfield and Bibb Furnace, out of these ores, was classed by the commission, in a letter to J. N. SMITH containing the report…..”Second to the best iron made in the world.” This letter and report are still in the hands of Mr. SMITH who lives near Brierfield.