(This true story is hard to think about today, but it probably happened many times–particularly during epidemics.)

My grandparents lived in Mount Creek, Alabama. There had been a malaria outbreak, which was very common during this time frame, and my Grandmother Leloa came down with the disease. After a week of being sick she stopped responding. A neighbor and her husband declared that she had passed away. There was no doctor to declare she was truly dead or paper work to confirm her death. Since there were no funeral homes at this time, Maw, as we kids called her, was laid out in the bed she died in. 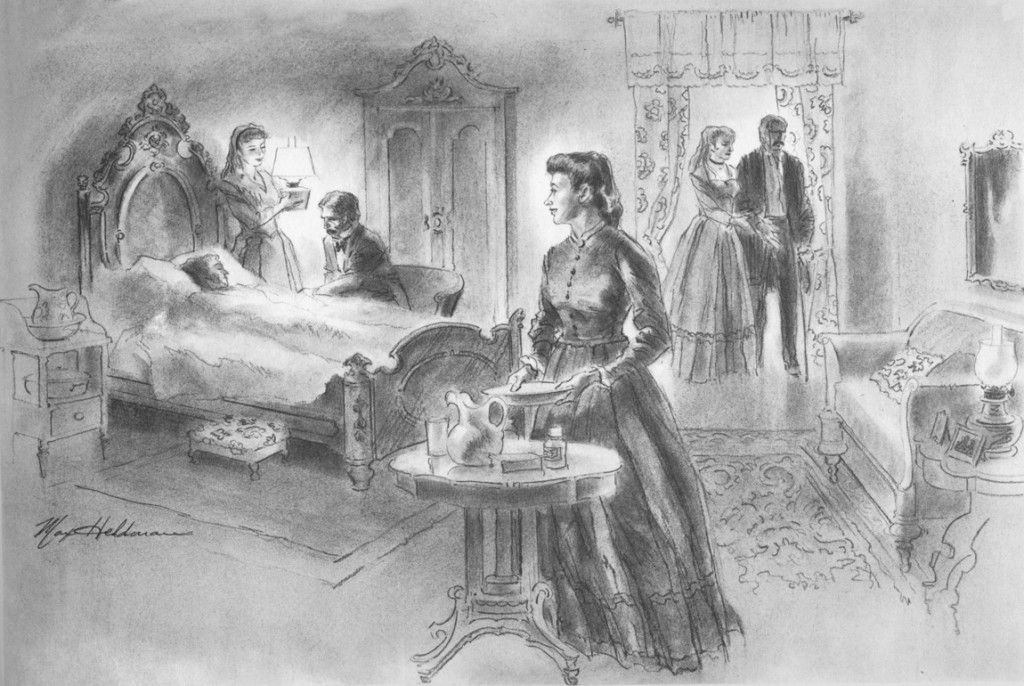 Neighborhood women dressed her in her best dress

The neighborhood women as was the custom at this time came to bathe her and dressed her in her best dress. The men were outside building her coffin out of various woods that could be found. Her funeral and burying had to be done quickly because there was also no embalming at this time. Also no one was quite sure how the disease was spread.

The entire neighborhood and her family were very shocked and alarmed when Maw after being washed by the women with cold water, awoke! The bath had revived her! Maw was not dead, but just in a very weakened stated from the disease. She said she woke up to the sound of the men hammering on her coffin and the women bathing her. My grandmother became stronger, survived malaria, and lived fifty more years. Maw said she always worried after that how many people were buried alive. She always had nightmares about the event and what could have happened to her.

Thought she was a witch

The neighbors were always kind after this, but they changed their attitudes toward the family. They honestly thought Maw was a witch. To them that was the only reasonable explanation for her returning from the dead. They never accepted the fact that she was not dead and that the bath of cold water could revive her. They still felt she had been truly dead. Grandmother Leloa always laughed about being called a witch and said it kept the neighbors from getting too nosy. Maw lived long enough to see the death certificate and the requirement of a doctor to prove someone was dead. But Maw always told my mother to make more than sure she truly was dead before she was buried when her true time came.

“Read about an actual witch trail in the historical series by Alabama author Donna R. Causey”  in Faith And Courage