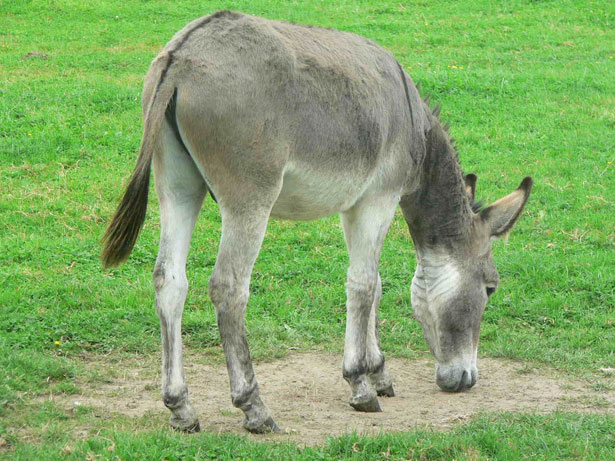 Kate was an old grey mule.  A mule is a cross between a jack donkey and a mare horse.  A cross between a stallion and a jenny is called a hinny.  Hinneys do not have the strength and endurance of mules.

Kate wore no shoes.  Her hooves grew fast and often Dad had to give her a pedicure. She appeared to be a mule on skis if left untrimmed.

She left me in midair

My uncle owned Kate.  If Dad needed to plow, Junior was sent on the one mile walk to get Kate.  I would walk to his house and ride Kate back to our house.  I was riding Kate one summer’s day, about 1954.  A truck went by.  Kate jumped to one side, leaving me in midair.  Thereafter I walked.  My uncle bought a lot next to Dad’s farm about 1962.  Kate was now on hand.

I was instructed to plow the watermelon patch.  I broke out harness and hooked up Kate.  I put Kate’s bridle on her and fastened the chin strap.  Fastened a plow line to each bit ring.  Put on her horse collar and buckled it.  Set the harness on the collar and tied the harness strap.  Ran a plow line through each hame ring.  Hooked a trance ring over each hame and set the back band on top of that.  We walked to Dad’s rented watermelon patch. 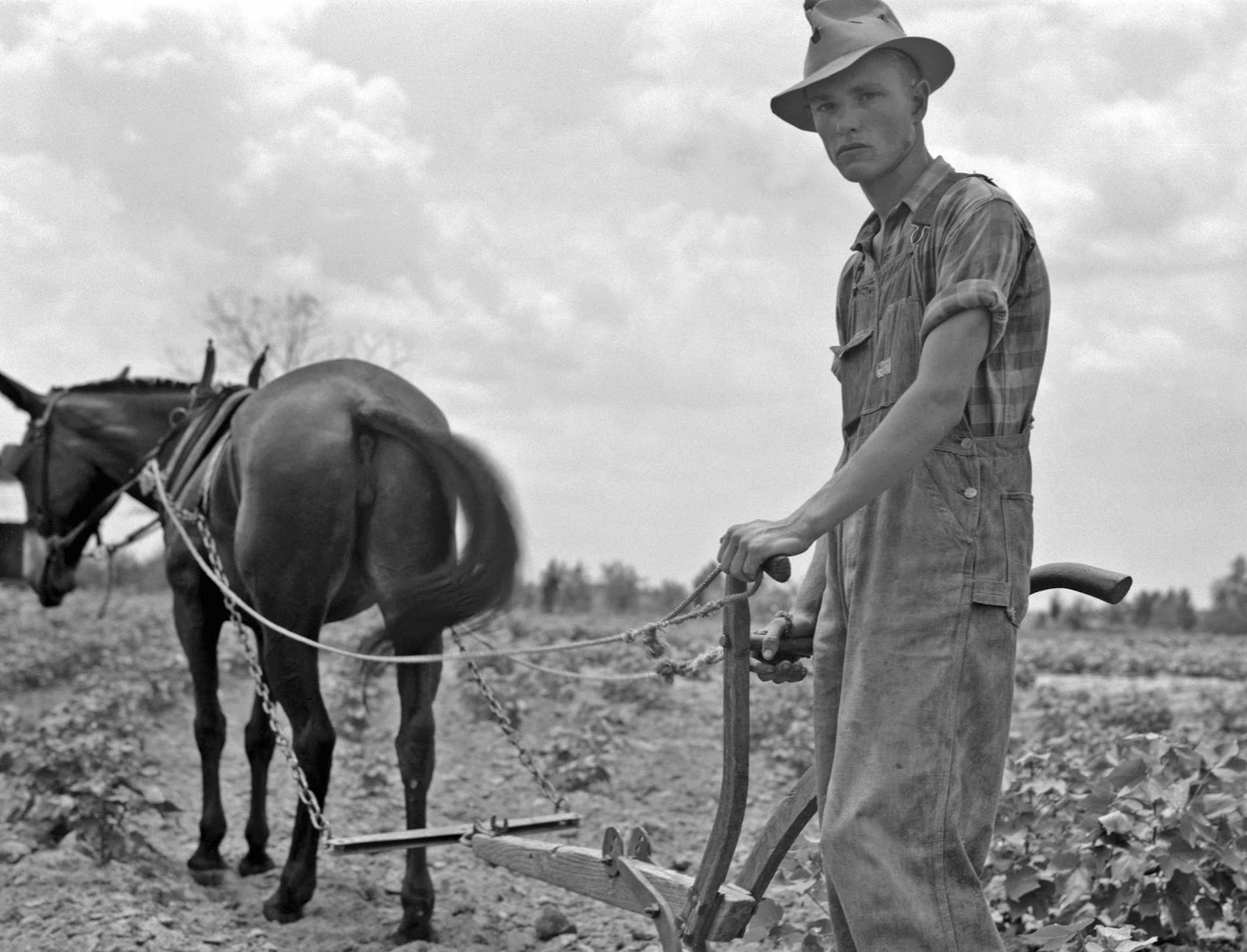 She had some bad habits

Dad had prepositioned the scooter stock.  The single tree was on the stock.  Dad’s plows of choice were a bull tongue with a heel sweep.  I adjusted the back band and commenced to plow.  The mule worked very well on an “gee” (right) and “haw” (left).  She didn’t need much plow line guiding.  She had some bad habits.  She was headshy, so you didn’t make any fast arm movements wherefore she could see you.  She did not like to stand idle in harness while you put out fertilizer, seed, etc.  She would start pawing and soon scrape out a large hole.  I thought about using her to dig lakes and ponds.  I think it worked this way; if you stopped working her, she was though and ready to go to the barn and get her rations.

Why wasn’t she stung?

This was a day for strange goings on.  We would reach a point on each row and zip!  I would have a yellow jacket entangled in my hair.  I would yell, “Whoa!” and use my hat to brush it off.  I was never stung, but that shrill buzzing next to my ear was most ungruntling.  Kate had blinders on her bridle and could not see to the rear.  Why wasn’t she stung?  I am six feet tall. The yellow jackets must have been in a flyway and about five-six feet high, just right to hit me in the head and flying over Kate’s back and head.  I was plowing east-west.  The jackets were flying south–I don’t know where their northerly route was. I was hit on the north side of my head after each turnrow.  Well, it finally happened.  We had stopped and I was violently slapping my “sideburn” with my straw hat to dislodge the yellow jacket.  Identifying yellow jacks?  I was able to stomp on a few when they hit the ground.  Anyway, Kate looked back and saw my dislodgment perambulations.  That headshy fool made a wild leap, dragging plow and driver with the driver hauling down on the lines and screaming, “Whoa.”

We got straightened and I solved the problem.  I tilted my hat over my north ear at each turnrow.  The jacks would hit the straw hat and fly away.  The total loss was three-four melon hills.

About 1962 my dad and uncle purchased a Ford tractor and Kate was retired to the pasture.  She made it about another ten years, idle on the farm.  I think the point should be; if you outlive your mule, don’t get another one.  Buy a tractor or a Troy-Bilt.  Just don’t make any sudden motions around the Troy Bilt.