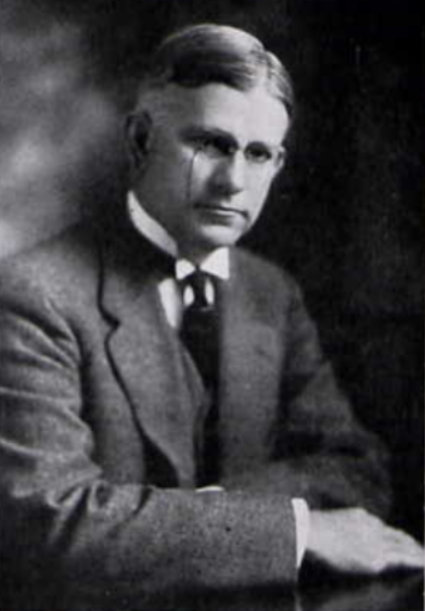 Tuscaloosa and University friends of Dr. and Mrs. George Denny will be so interested in the marriage of their only son, Lieut. George Hutcheson Denny, Jr. and Miss Evelyn Dorothea Olson, daughter of Mr. and Mrs. John Ernest Olson of Fairfield, Montana which was solemnized recently in the Chapel of St. Joseph of Arimathea in the Washington Cathedra’ of St. Peter and St. Paul.

Mrs. Curtis Youngblood, sister of the bride, served as her matron of honor and was attired in an import built of dusty rose chiffon. Her flowers were larkspur and delphinium in a summer bouquet.

Col. William Dempsey Partlow, Jr., a former Tuscaloosan, served Lieut. Denny as best man and the bride was given in marriage by her brother-in-law, Lieut. Curtis Youngblood. She wore a wedding gown built of white satin featuring a fitted bodice and a full flowing skirt. A coronet of lace held the veil of illusion which fell to the end of the court train and she carried a prayer book adorned with a cluster of bride’s roses.

A beautiful reception in the home of Lieut. And Mrs. Youngblood was held immediately after the ceremony which was performed by the Rev. W. Curtis Draper, canon of the Cathedral. At 10 o’clock Lieutenant and Mrs. Denny left for a wedding trip in the South and will make a home in Winston-Salem where the bridegroom is on duty with the Flight Control Command of the Army Air Forces.

The bride of Lieutenant Denny is a graduate of the Montana State Normal College and George Washington University. She has been employed in the Department of Commerce in Washington since her graduation and is regarded as a wonderfully fine business executive as well as a cultured, lovely young girl.

Lieutenant Denny is a native of this city and lived for 25 years in the president’s mansion on the campus of the University during the years that his distinguished father, Dr. George Hutchinson Denny, served as president of the University of Alabama.

The bridegroom was educated in the local schools, received his A. B. and his degree in law from the University of Alabama where he enjoyed wide popularity. He went with his parents to Virginia several years ago and practiced his law profession in Washington before entering the service. Lieutenant Denny’s forebears were among the first families of Virginia, his mother is a charming matron and his father ranks high with the educational leaders of America. At present Dr. Denny is affiliated with the University of Alabama as chancellor and is a frequent visitor on the University Campus where he is so greatly beloved.

Note: Sadly George Hutchinson Denny, Jr. was killed July 24, 1945 during WWII and is buried in: