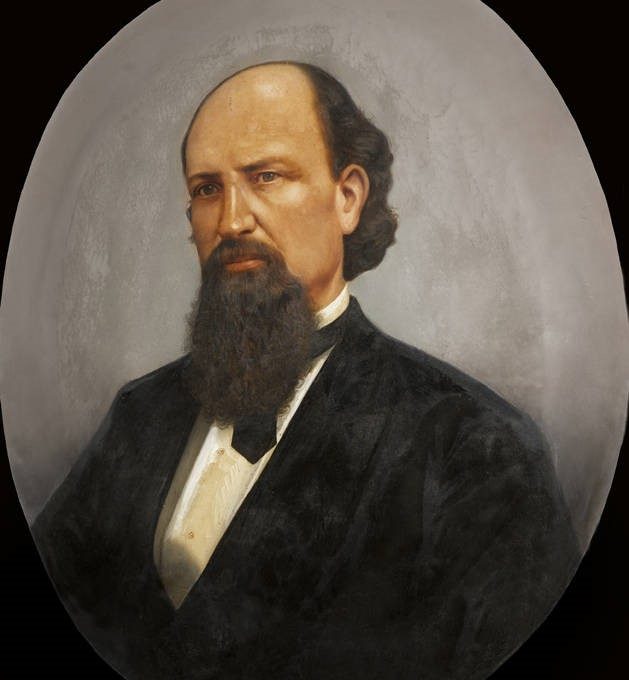 On June 18, (1871) GOV. LINDSAY made another visit to New York, to protect the interests of the State (of Alabama) and to arrange for funds with which to pay the second installment of interest on the Alabama & Chattanooga bonds, due July 1. Upon his return to Montgomery, he commissioned JOHN H. GINDRAT, his secretary, to take charge of the road and its property, and act as receiver for the benefit of the State. In the meantime, GOV. R. B. BULLOCK, of Georgia, had seized the portion of the road within that State, and advertised that on and after July 1, the interest due on that day on the bonds of the company endorsed by the State of Georgia, would be paid by the State.

In Mississippi, the employees of the company seized the road and rolling stock in the State to satisfy their claims for wages long in arrears, and it was necessary to institute suits for possession of those portions of the road in Tennessee, Georgia, and Mississippi. The desired permission was readily granted by Tennessee and Mississippi, but GOV. BULLOCK refused to yield and also refused to cooperate with Alabama in carrying on the business of the road.

Practically all the rolling stock had been collected in Chattanooga before COL. GINDRAT demanded possession of the road and every possible obstacle and hindrance was place in the way of the execution of his commission.

About the first of November J. C. STANTON was indicted in the city court of Montgomery for obtaining money from the State under false pretenses, but the indictment contained no specifications. GOV. LINDSAY issued a requisition upon the governor of Tennessee for STANTON and sent special officers to find and arrest him. He was brought to Montgomery, arraigned and released under a bail bond of $4,000.

The management of the road while in possession of the State’s agents was not creditable to their ability nor satisfactory to Democrats or Radicals. Trains were not run with any semblance of regularity, and the road and equipment were allowed to deteriorate almost to the point of worthlessness.

From September, 1871, when a decree of bankruptcy was issued, the affairs of the road were in litigation, and on April 22, 1872, at Montgomery, its property was sold at auction, subject to prior liens of the United States and the States of Georgia and Alabama. the State of Alabama bought it in for $312,000. In May, 1872, the road was placed in charge of receivers for the first-mortgage bondholders, who put it in condition for operation between Chattanooga and Meridian.

By an act approved December 21, 1872, the legislature authorized the governor to transfer to purchasers from the State, all property and franchises of the Alabama & Chattanooga Railroad Co., which were sold on April 22, 1872, under order of the United States District Court for the middle district of Alabama, and bought by the State at that sale. This act did not cover the transfer of the company’s lands, telegraph lines, etc., which had not been included in the bankrupt sale.

On February 3, GOV. LEWIS sent a special message to the legislature with which he submitted for approval a provisional contract for the sale of the road, lands, equipment, telegraph line, and other appurtenances, to MR. GEORGE INGRAHAM, president of the New Orleans & Northeastern Railroad Co., for the sum of $4,000,995 of which $235,000 was to be paid in cash, and the remainder by assumption of the bonds and interest on which the State was then obligated; also of the amount paid out by the State on receiver’s certificates while in possession of the road; and in further consideration of an agreement upon the part of the purchaser to indemnify the State against the lien of the State of Georgia upon the road. Purchase of the lands belonging to the company was provided for in consideration of this assumption of bonds numbers 1 to 1,500 inclusive of the $2,000,000 State bonds loaned to the Alabama & Chattanooga Railroad. The sale was to be made subject to the liens of the State on the road and the lands. On the same day a joint resolution was adopted authorizing the governor to borrow money to pay the balance due on the purchase of the road at bankrupt sale.

On the 18th, a joint resolution was adopted to appoint a joint committee of six members, three from each house, to inquire into the condition of the Alabama & Chattanooga Railroad Co.

The contract between GOV. LEWIS and GEORGE INGRAHAM, president of the New Orleans & Northeastern Railroad Co., for the sale of the Alabama & Chattanooga Railroad was approved by act of April 14, 1873.

On August 24, 1874, the Federal Court again took charge of the road and placed it in the hands of trustees for the first-mortgage bondholders. It was again sold at auction on January 22, 1877, and purchased by the agent of ERIANGER & Co., of London, representing the holders of $3,300,000 bonds. The property was controlled by the English syndicate, known as the Alabama Great Southern Railway Co., Ltd., through its American subsidiary company, the Alabama Great Southern Railroad Co., until February 1, 1906.

“By 1915 the Alabama Great Southern Railroad Co. bought in other smaller railway companies in Alabama.”

History of Alabama and Dictionary of Alabama Biography by Thomas McAdory Owen and Marie Bankhead Owen published in 1921 by S. J. Clarke Publishing