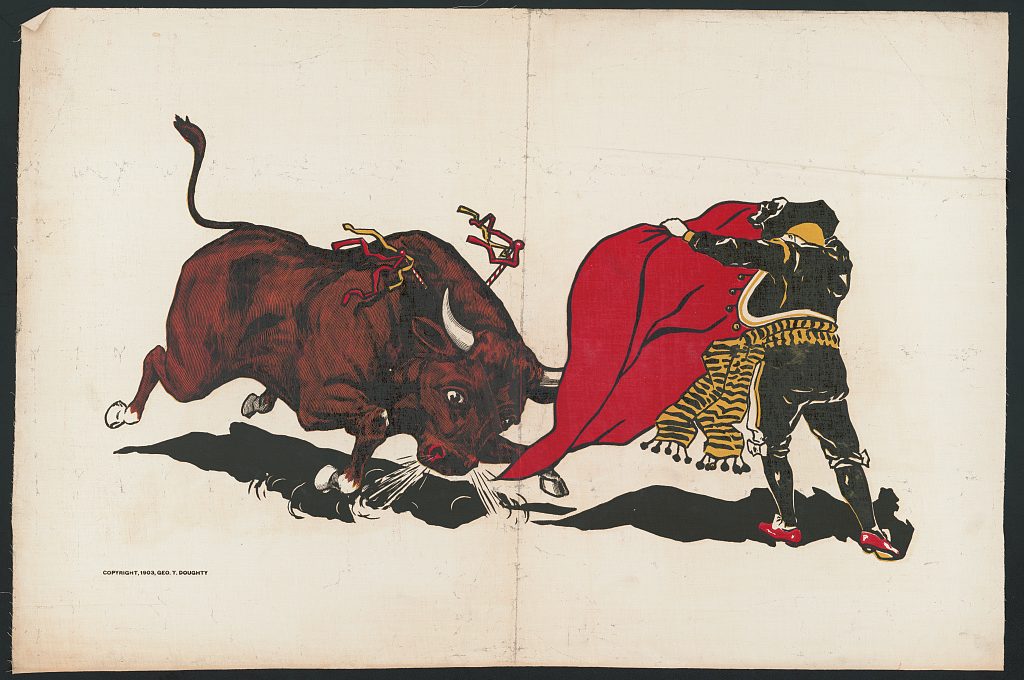 Sneak peak of a Patron Story from the past.

Sneak peak Patron story: All Patrons receive rewards, bonus stories, and free books depending on their level of support. Learn more about the Patron program by clicking the link below.

Please consider becoming an Alabama Patreons/Patrons today! You can cancel at any time.

HOW TO ESCAPE A RAGING BULL

Here’s something that may save your life when a bull gets after you: When a bull charges, just before the final lurch he shuts his eyes, and if you have the presence of mind to stand stock still until he is about two or three feet from you, all you have to do is to step aside, and he misses you.

Any child with sufficient presence of mind to do this can let a bull charge all day with perfect safety. This is not a new thing, as it is one of the secrets of the bull fighter in the countries where the sport is practiced. The bull fighters say that a cow does not do this, and they would never try any such tricks with a mad cow. The writer knows that what is said about the bull’s habit is true. (Philadelphia Record)

Tapestry of Love: Three Books In One Paperback

REVIEWS of Tapestry of Love

The exhilarating action & subplots keep the reader in constant anticipation. It is almost impossible to put the book down until completion,Dr. Don P. Brandon, Retired Professor, Anderson University, Anderson, Indiana

This is the first book I have read that puts a personal touch to some seemingly real people in factual events.Ladyhawk

Love books with strong women…this has one. Love early American history about ordinary people…even though they were not ‘ordinary’…it took courage to populate our country. This book is well researched and well written.Julia Smith

A picture of love and history rolled into one. A step back in time that pulls you in and makes you a part of the family and their world.Ken Flessas

Each book’s writing gets stronger, characters become real, the struggles and sorrows that laid the foundation for this country.Addictedtobooks

Not only is the story entertaining, it opens the eastern shore of the early Virginia Colony to the reader as a picture book….I know this story will touch many peoples’ hearts.B. Thomas