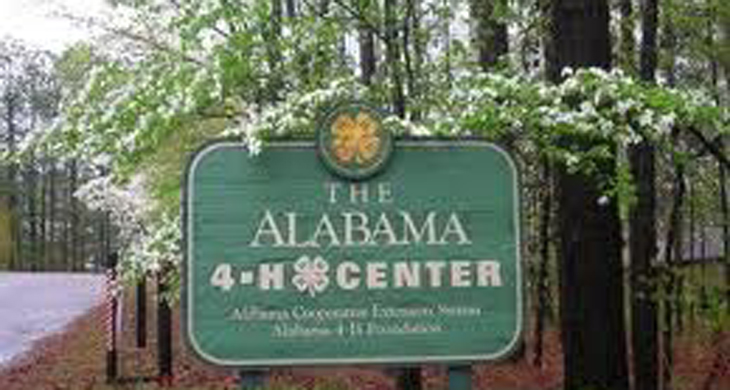 (4-H centers were once a central part of many schools.  Many young people learned valuable skills for life in 4-H)

4-H Clubs are still Around

I read in the local paper recently that Alabama 4-H Clubs are the state’s largest youth development organization with a membership of 58,000.  4-H Clubs teach leadership, citizenship, and skills.

The 4-H Clubs of Tuscaloosa County were very active during the 1940’s and ‘50’s.  Each school in the county had a 4-H Club in their school for boys and girls. Their symbol was a green four-leaf clover.  Farming and livestock skills were taught to the boys and the girls were taught homemaking.  The purpose was to make better farmers and homemakers of us by providing hands-on learning experiences. 4-H Club still exists in rural Alabama counties.

Project was to make cottage cheese from scratch

To enter a contest in the 6th grade 4-H club I had to select a project. My project with my friend, Faye was to make cottage cheese from “scratch”.    The club provided us with the directions. As I recall, we had to start with a gallon of fresh milk. I drank unpasteurized milk for most of my youth, which seems strange now. Mother’s early morning task was to milk our cow. I never learned the technique. 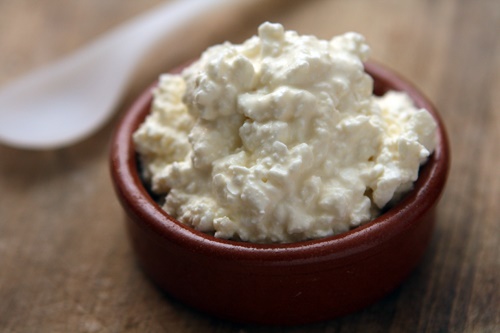 After obtaining the fresh milk, we place it in a glass container with a lid. The next step was to let the milk sit out in room temperature until it turned sour and clabbered.  The curds would separate from the water portion (whey) of the milk in white chunks (curds).  Then, we poured the jar of clabbered milk through a clean flour sack and the liquid (whey) was discarded.  Now we had cottage cheese, which was placed, in the refrigerator.

The next morning we placed the cottage cheese in a pretty glass dish and carried it to the Home Demonstration Club facility in downtown Tuscaloosa.  We filled out the necessary paperwork to enter the contest and then we displayed our homemade cottage cheese. After the judging, we found that Faye and I won first prize in the food division!  We had our picture made and it was printed in the Tuscaloosa News.  We were so proud!

Another 4-H  Club project was to teach girls how to sew.   During the summer, a lady who was a member of the Home Demonstration Club and lived in the community was selected to be the summer 4-H project community leader.  We would meet in her home and she would teach us how to sew and other homemaking skills during the summer.

We were shown how to place patterns and cut the material, baste the cloth pieces together and how to sew using a pedal Singer Sewing machine.  Many times the material we used was the colorful printed material from feed or flour sacks. To economize, most countrywomen would save the sacks from feed and wash and iron it. It took three or four printed feed sacks to make a dress. Many times the women would swap and exchange the feed sacks until they had enough to make a dress. I remember one time that I made a blue printed dress from feed sacks in the 7th grade.  I cut out the pattern and sewed the dress on mother’s pedal Singer sewing machine.  I entered the dress in the 4-H contest along with my friend, Annette who won first prize.  We were proud back then to wear a “Feed Sack Dresses”. 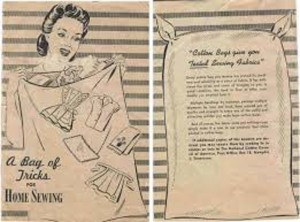 I continued to sew even while in school.  My Mother and Father gave me a new electric Singer sewing machine for a wedding present in 1960. When my son was 5 years old I made him a yellow sports coat with brass buttons. I entered the coat in the Alabama State Fair at the Birmingham Fair Grounds and won a blue ribbon. I made school dresses for my daughter and for myself over the years. I enjoyed sewing very much during those years.  But now, my sewing machine sits lonely in a downstairs room with only an occasional use for me to hem some grandchild’s blue jeans or pants.

The boys in school in the 4-H club usually would raise cows or pigs for their projects and would display them at the county fair each fall. Farming skills included tractor safety, proper rotation of crops and tree farming.

During the spring the 4-H clubs would participate in a parade time in downtown Tuscaloosa.  All the 4-H Club boys and girls would proudly march behind the green and white parade banner of the 4-H Club.

Read Chinaberries and Other Memories of Alabama

by Jean Butterworth for more of her stories

Through the 4-H Clubs the boys and girls learned many skills that they would carry on into adult life.

More about 4-H Club in Alabama.