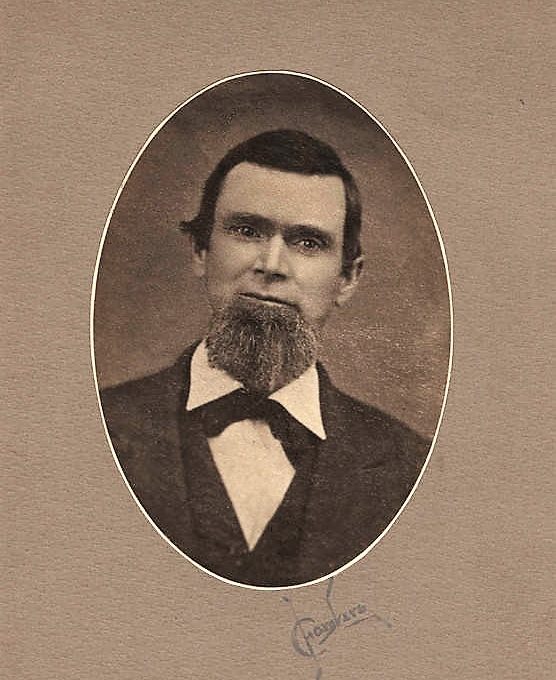 AUTOBIOGRAPHY AND CIVIL WAR LETTERS OF

(Dr. Sterkx was a member of the history faculty, Troy State Teachers College)

There is quite a religious feeling among the soldiers here. A great revival is going on at this time. A great many have joined the Church Baptist and Methodist principally. Some are baptised nearly every day! The Soldiers are well fed and tolerably well clothed a few have no shoes Three deserters were shot last Monday two of them had deserted to the enemy & were captured by our Cavalry & the other had been sentenced to be shot once before for desertion and pardoned. I hear no one sympathising for them.

Ursula you may tell Urban not to bid for that mail route from Elba to Greenville for me. I have got my consent to remain in the service for a while at least and take the chances of getting out if I should change my notion in the future, but tell him to be sure and remain at home himself if he possible can. Ursula you must not think hard of me for not abandoning the idea of trying to get out of the service now. I think it will be better for me in the future. I am much better pleased than I expected to be. All of my old acquaintances here seem glad to see me and treat me as well as they know how. I hear of no remarks being made about me that would wound my feelings as I anticipated would be the case All that I have heard express themselves say I have done my duty since the war commenced. That they have been informed of my liberality towards making up the different companies and also towards families of soldiers

Baily leaves for home this morning how I do want to go with him. I never thought much about wanting to go until I learned he was going but there is no use fretting. I have a Jeff Davis harness and will have to abide my time. Maybe I will get home sometime. I send by Baily one of woolen shirts take good care of it I shall need it next winter. I shall soon need some Calico shirts. I want you to exchange that large ledger with Mr. Brown for enough Calico to make me two shirts give him the book for 10 yards goods fast color Calico small figures dont exchange unless you get a

Write by Baily & oblige yours devotely

We are this morning off for Dalton so says Col. Cunningham. I am now at the Depot with the waggons etc. Jim was sent off three days ago on a forageing expedition & has not returned. He will not get up with the Regiment for a week or ten days. So you see I will have a laborious time of it, considering I am a new hand at the business. Bailey is in luck for I think there is a fight expected as we will be sent off in the Cars.

Haven’t time to write more now. I am very well. Good bye yours,