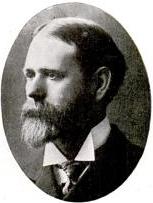 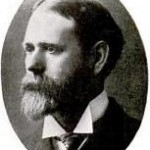 Peyton G. Bowman was an attorney at law in Birmingham, Alabama. He was born in Barnwell County, S. C, Nov. 9, 1854, the son of Peyton G. and Ellen (Tobin) Bowman. His father was a native of Virginia and his mother of South Carolina. They had seven children, five of whom were living in 1904.

Peyton G., Jr., was educated at Wofford College, Spartanburg, S. C. He taught school and read law for several years in South Carolina and in Texas. He was admitted to the bar in San Antonio, Texas, in 1874, and practiced law there until 1882.

He returned to South Carolina and located at Sumter, where he remained until June 1888, when he came to Birmingham and practiced his profession with the firm Bowman & Harsh. In 1900 C. P. Beddow was admitted to the firm and the firm became Bowman, Harsh & Beddow.

Mr. Bowman never sought an office of any kind whatever, but gave his attention entirely to his profession. He took an active part in the Kolb campaigns for governor in 1892-94. He was chairman of the Kolb campaign committee, and he also stumped the State in the interest of Kolb. Mr. Bowman campaigned for Prohibition in 1907 but reversed his opinion in 1911 and took “the anti-prohibition side in a major campaign debate.”

to your computer immediately with the a FREE APP below and begin your research today!