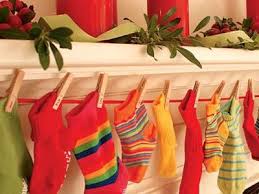 The Christmas Oranges from the MisAdventures of Lily

When my grandmother was small, there wasn’t much money for toys and dolls. The most wonderful gift was a sack of oranges and walnuts. Lily and Henry always put their stockings at the mantel, because you never knew what Santa might bring in addition to the fruit. It was a wonder they didn’t get the proverbial sack of switches and coal, but on this Christmas, they woke up and ran down to the parlor, where the tree was placed, and where they had gleefully hung their stockings. To their wonder and surprise, there were wrapped gifts for them, but they still loved the oranges and nuts.

While their mamas and grandmother were preparing dinner, they decided to eat at least one orange…however, one orange turned into the whole sack , except for one remaining on the mantel. When grandmother came into the parlor and found them lying nearly moribund with the tummy ache, with the tell-tale orange rinds and seeds on the floor, she was really upset. She said “Just what do you have to say for yourselves? There is only ONE orange left!!” Henry, who had eaten the most, was really in a bad way, but he raised up on one elbow and said, “Well, give me that one too, maybe it will help me !”

Needless, to say, he didn’t get the last orange, and neither did Lily, but the punishment of being sick and throwing up fit the crime, so they were both banished to their rooms to suffer their indignities while being charged to “ think about being so gluttonous!”. I don’t know if either of them ever ate another orange.

Sometimes we’re so concerned about giving our children what we never had growing up, we neglect to give them what we did have growing up.” James Dobson

is a collection of lost and forgotten stories of the first surveyors, traders, and early settlements of what would become the future state of Alabama.