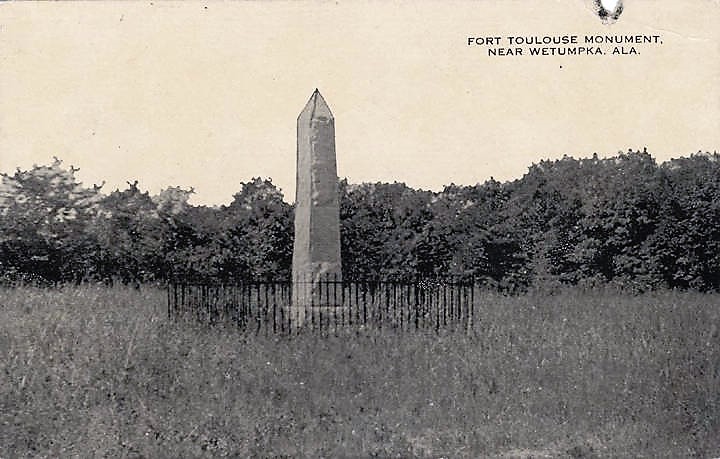 Have you ever noticed this marker near Wetumpka, Alabama?

It was the originally the seat of justice for Montgomery County, Alabama. The County seat was moved a few years later. 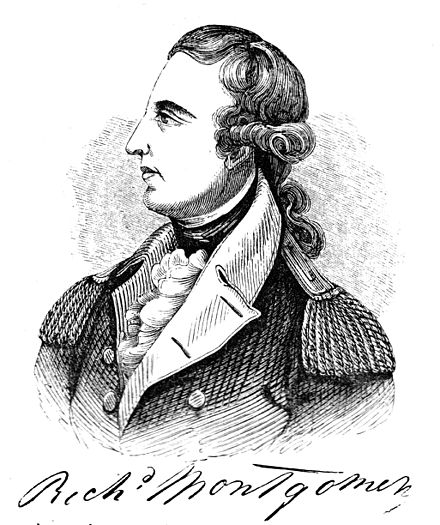 In 1912, the Colonial Dames of the State of Alabama, desiring to mark the site of the original seat-of-justice of Montgomery County, (which in itself was named for Major Lemuel Purnell Montgomery,) placed a replica-in-miniature of the obelisk on the Plains of Abraham, Canada, at the site of old Fort Jackson town (also called Fort Toulouse) which was founded in 1816, on the creation of the Mississippi Territorial County.

Fort Jackson town lasted only a few years and the County seat was moved down to the present bend on the Alabama River. On December 3, 1819, Montgomery was chartered by the Alabama Territorial Legislature by combining two villages, Alabama Town and New Philadelphia, and naming it Montgomery

Richard Montgomery, born in the North of Ireland in 1736, was killed at Quebec, in the beginning of the American Revolution.

An Act to divide the County of Monroe, and form a new County by the name of Montgomery.—Passed in December 6, 1816 when Alabama was still part of the Mississippi Territory.

Sec. 1. Be it enacted by the Legislative Council and House of Representatives of the Mississippi Territory, in general assembly convened, That the county at present called and known by the name of Monroe, be, and the same is hereby divided in the following manner, to wit: commencing on the western extreme of said county, at the north boundary of the thirteenth township, running thence east along said township line to the eastern bank of the Alabama river; thence down the same to the north boundary of the eleventh township, thence east along the last-mentioned line, until it intersects the southern boundary of the Creek nation; and all that tract of territory, formerly a part of Monroe county, lying north of the lines thus described, shall form a new county, hereafter to be called and known by the name of “Montgomery.” (Toulmin, Digest, 1823.)

Montgomery County, as originally created, included all of what is Autauga, some of what is now Elmore, most of which is now Lowndes and a small portion of another territory. Ed.