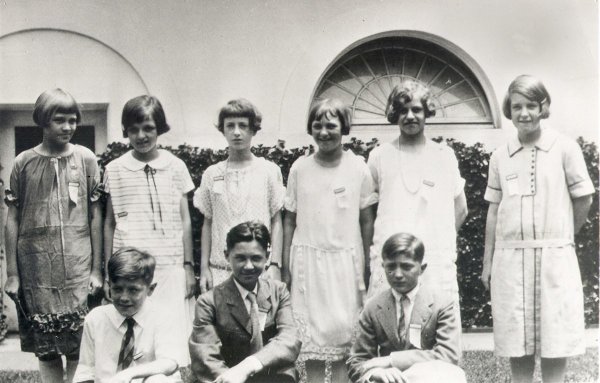 I attended the 1st grade  through  5th grade at Bayview  Elementary  School. The school was located in the mining  community  of  Bayview, Alabama. It has been gone for many years now but I have never forgotten the teachers. They were world-class. Foolishness was not abided. You were there to be taught and teach they did. Besides learning  the 3  “Rs” we also put on plays and looked through microscopes at the germs on a dollar bill. We read children’s  classics  such as “Hans Brinker And The Silver Skates.” Several times we were bussed to Birmingham Southern  College  to see plays put on by the drama department there. “Aladdin And His Magical lamp” was one of my favorites. Today I wonder if the teachers of those days were a vanishing breed. I hope not.

My nemesis was Carol Ashworth

In 1951, I started the 5th grade. I had sort of a nemesis there named  Carol Ashworth. There was some sort of competition going on between me and Carol. How this all came about is still a mystery to me to this day. It was not my idea. I have  always  believed this was the doing of Carol and a teacher named Mrs. Baron. I never knew why. I made fairly good grades but I was not in Carol’s league. She had been double-promoted and was going into the 6th grade as I was going into the 5th. Something Mrs. Baron, who had been our 4thgrade teacher, constantly reminded me of. I heard, “Carol was double promoted and you weren’t” everytime I crossed her path. I didn’t know what I was supposed to  say.

My mother gave me words every night to spell

In late September of that year a spelling bee consisting of the 5th and 6thgrades was announced. Each grade would hold a spell-off until there were 5 finalists from each . Two boys and 3 girls were the finalists for the 5th grade. I was one of the boys. The 6th grade finalists consisted of 4 boys and 1 girl. Carol,of course, was the girl. We were given a week to practice. My mother gave me words out of the dictionary every night to spell.  I had a dream that I would have to spell every word I said for the rest of my life.

The big spelling bee was held on a Friday evening in the auditorium. Folding chairs were set up for parents and family. The 10 finalists were seated in folding chairs on stage. Mr. Wilson, the principle, would be giving us the words to spell. The rules were, you had to say the word, spell it, and say it again. Several rounds went by with no one making a mistake. One of my pals, Jimmy Spears, was the first to go down. The fatal word was “profession”. Jimmy said, in a loud voice, “profession.  P-r-o-f-f-e-s-i-o-n.  Mr. Wilson said, “ I’m  sorry, Jimmy, that is incorrect. Please take a seat down in the front row.” Jimmy kept standing there. Mr. Wilson repeated , “Jimmy, please take your seat in the auditorium”. Jimmy didn’t budge. He just stood there staring at Mr. Wilson. Finally a teacher came up on the stage and guided Jimmy to his seat in the auditorium. Several more rounds went by and there were more eliminations. It finally came down to the last two spellers. Carol  Ashworth and me. We each spelled  3 or 4 words correctly and then it was my turn again. Mr. Wilson said, ”the  word is physician”. This was an easy one. I had spelled it several times in practice. I said “physician, p-y-s-i-c-i-a-n”,physician. I knew immediately that I had  missed it. There were a few seconds of silence as though Mr. Wilson wasn’t sure himself. Then he said, “I’m sorry  Dennis. That is incorrect. Please return to your seat. Carol Ashworth will be given the same word. If she also spells it incorrectly, the contest will continue”. Fifteen seconds later Carol was the Bayview Elementary School Spelling Champion.

RIBBON OF LOVE: 2nd edition – A Novel of Colonial America  – the true story of religion in America Inspired by true historical events, Mary and Henry Pattenden flee to America to escape persecution –  It is almost impossible to put the book down until completion. – Dr. Don P. Brandon, Retired Professor, Anderson University