I grew up across the street from a railroad track. When we had guests and a train would pass by shaking the house and making so much noise conversation would momentarily stop, my Dad would point to the track and say: “Train!” I found an address so that I could request a card that explained what each series of toots meant. Sitting on the front porch or in the living room and deciphering the various train whistles was a form of cheap entertainment! You must remember, there were few televisions and no home computers at that time. 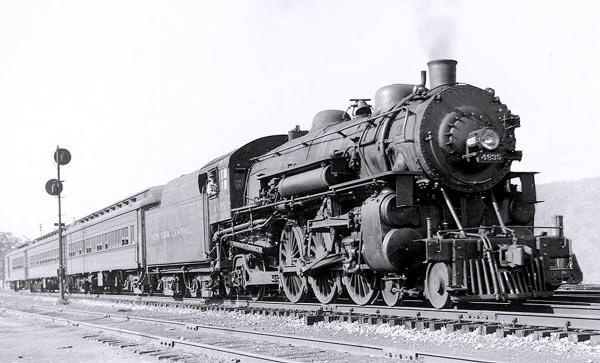 I would fantasize seeing my uncle

I recently saw a bit of trivia that during the 1930’s railroads were one of the largest employers. An uncle of mine worked with the maintenance crew repairing the tracks during the 1940’s and until his retirement. Whenever I would see one of those little pump cars going along the track taking the crew from one area they had repaired to another site, I would fantasize seeing my uncle with them. 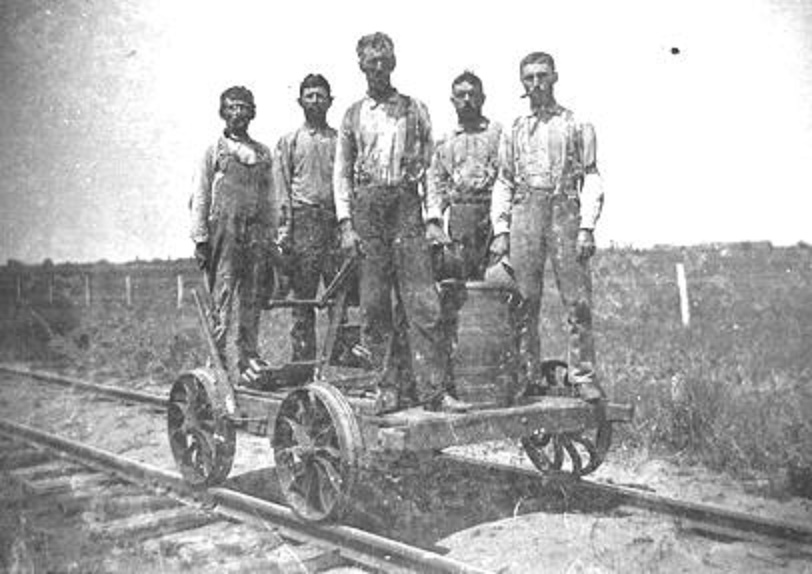 There are many songs about trains

Americans were, and still are, fascinated with trains. Many of the Western movies had scenes of the lone train going out across the desert or through the valleys. Many songs were about trains. As a teenager, I would sing or hum the tune to “A Long Steel Rail”. During a recent trip to Branson, MO, I heard a group play “Orange Blossom Special” and at another show, the religious song, “Life is Like a Mountain Railway”. Both were tunes I had not thought of in years.

People lined up to take photo shots of the steam engine

My husband and I made two steam engine trips, one to Chattanooga, TN and the other to Columbus, GA. These were sponsored by the Birmingham Steam Engine group. Tracks for those trains went through wooded areas and along streams of water never seen when traveling by automobile. When we would approach overpasses, people would be lined up taking photo shots of the steam engine moving along. On one of the trips, the steam engine had some mechanical failures and we finished the trip being pulled by a diesel engine. It was so comical to see those people fold up their photography equipment and leave when they saw the change of engines!

There would have been a trainload of heart attack victims

When the man who bombed the Birmingham Women’s Clinic was believed to be hiding out in caves in the Nantahalla National Forest, I made a steam engine trip through that area. It was explained to us by the guide that those dark areas in the forest were caves. When we would see the dark spots, we would chant, “Eric, come out, come out wherever you are!” Had he appeared, there would have been a trainload of heart attack victims! 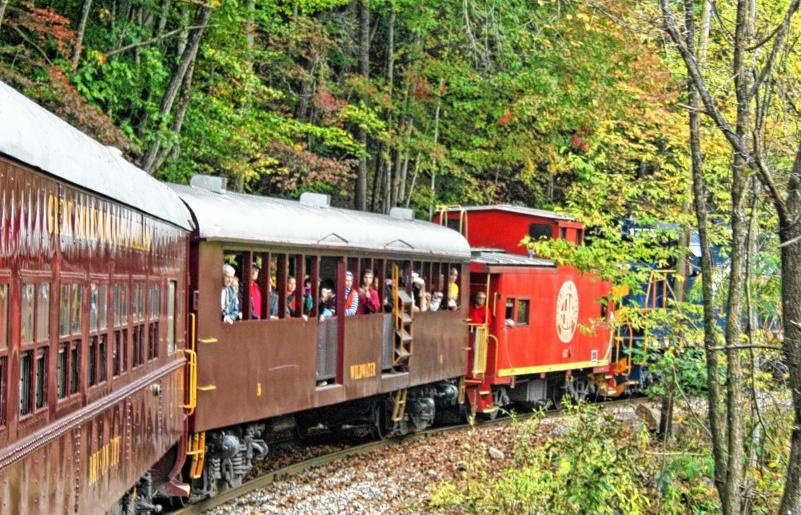 I have a book, “The Little Red Caboose” that was worn thin by my grandchildren. One of the corners of the cover looks like one of them chewed on it. Some of my grandsons were with me when we were stopped at a railroad track by a passing train. To keep them entertained, we were looking for the caboose. As the train ended, there was no caboose! Only then did I realize those were no longer in use by the railroad. They are now used as museums, guest rooms and whatever else the purchaser can think of. 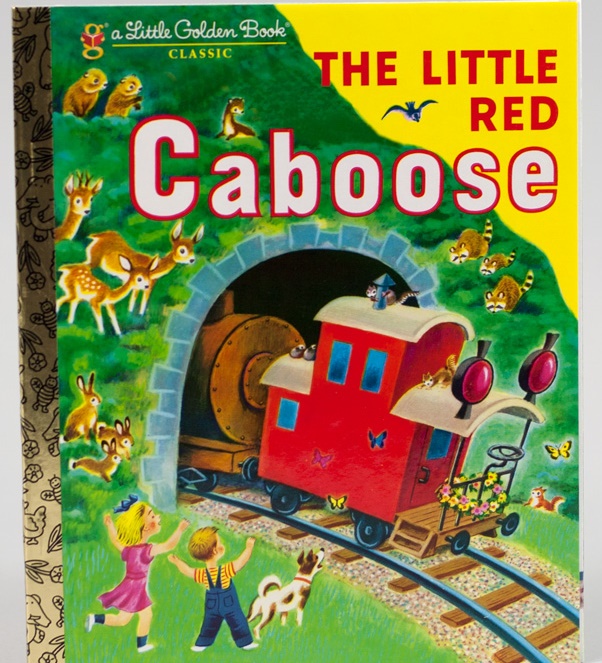 My most recent trip via train was from Hamburg, Germany to Copenhagen, Denmark. The last few miles of that, the train (with passengers aboard) went by ferry. Some of us went from Copenhagen to Malmo, Sweden via train.

Several years ago, a group I am a member of hosted some people from Montana. One of the places we toured with them was the Heart of Dixie Railroad Museum in Calera, Alabama.  One of the men, a railroad buff, did not complete the planned area tours. He and his host remained behind going through those train cars. 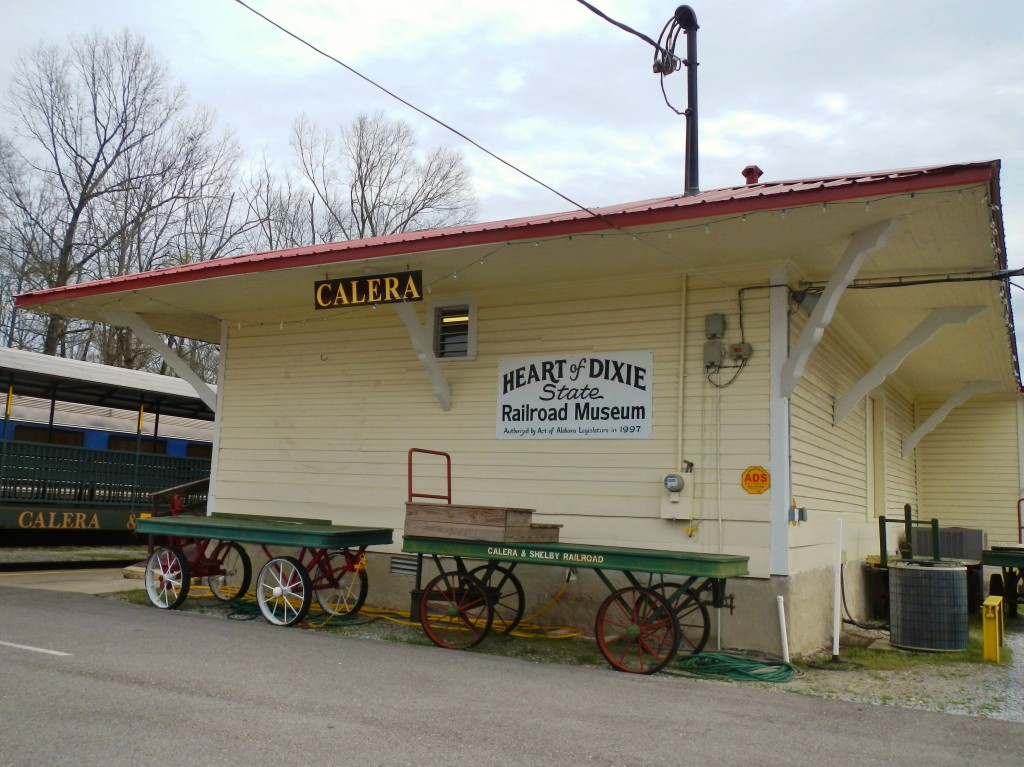 As I sign off, one of my favorite night sounds is the train I often hear in the distance. That ranks ahead of the occasional owl in the trees.

Note Added by Donna R. Causey: “I found the following article in the January 1837 Jacksonville Republican which was published in Alabama. The sound of train whistles was new at the time.

Published in the Jacksonville Republican, January 1837

Mention has been made several times lately, of the new contrivance for giving the alarm to people who cannot be trusted to their own eyes and caution, in the vicinity of Rail Roads. Its effects are thus described in one of the papers:

“The locomotive has one contrivance of a most peculiar character. It carries a brass whistle, which is blown by the steam, whenever any animals come upon the track or a crossroad is passed, no words can describe the shrill, wild and unearthly sound produced by this arrangement. In going thro’ the woods, the noise is peculiarly startling and it can be heard for miles.”

Ribbon of Love is a wonderful love story of Henry and Mary living and struggling to succeed as one of the first families in the colony of Virginia in the 1600s. In addition to the love story, the descriptions of the clothing, home furnishings, personalities, family life, church and community are most intriguing. The exhilarating action and subplots keep the reader in constant anticipation. It is almost impossible to put the book down until completion.