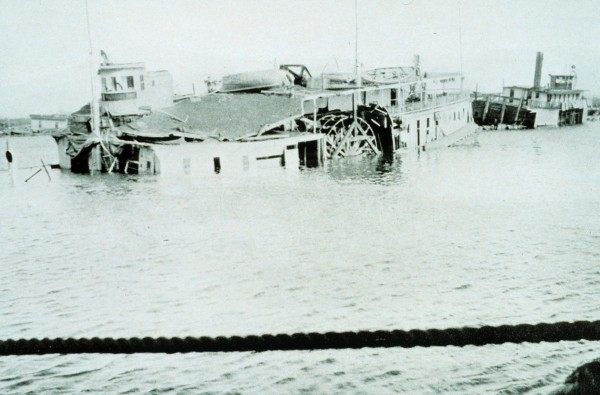 The first organized weather service were made by weather observations in the State were made by voluntary reporters to the agricultural journals of the day.

Two stations established one in Mobile, and the other in Montgomery

Shortly after 1850 the Smithsonian Institution took charge of this work, and while the reports were more or less irregular, there were some records made, and the observations were published in the Patent Office Reports, and in Transactions of the Smithsonian Institution. In 1870, the system was transferred to the Chief Signal Officer of the United States Army, who established two stations in the State, one at Mobile and the other at Montgomery. 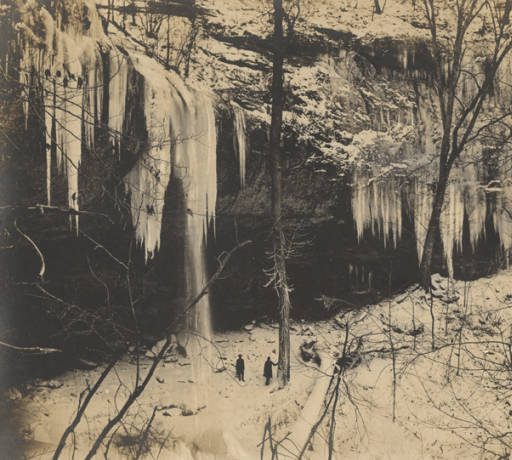 Paid observers were in charge

These were both in charge of paid observers. These were the only regularly organized stations until 1880, when sets of thermometers and rain gauges were installed in a number of railway stations, and the agents were placed in charge. They were compensated for telegraphing the observations, during the crop seasons, to the central stations at Mobile and Montgomery.

In February, 1881, a meteorological station was established at Auburn by the Agricultural and Mechanical College. By direction of the Chief Signal Officer, in 1884 Auburn was made the central station of the Alabama Weather Service. 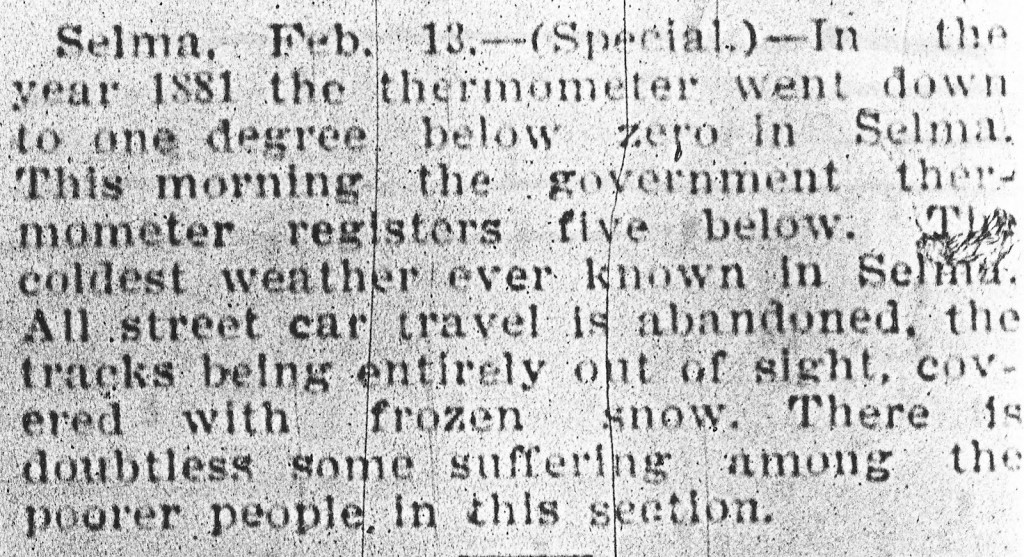 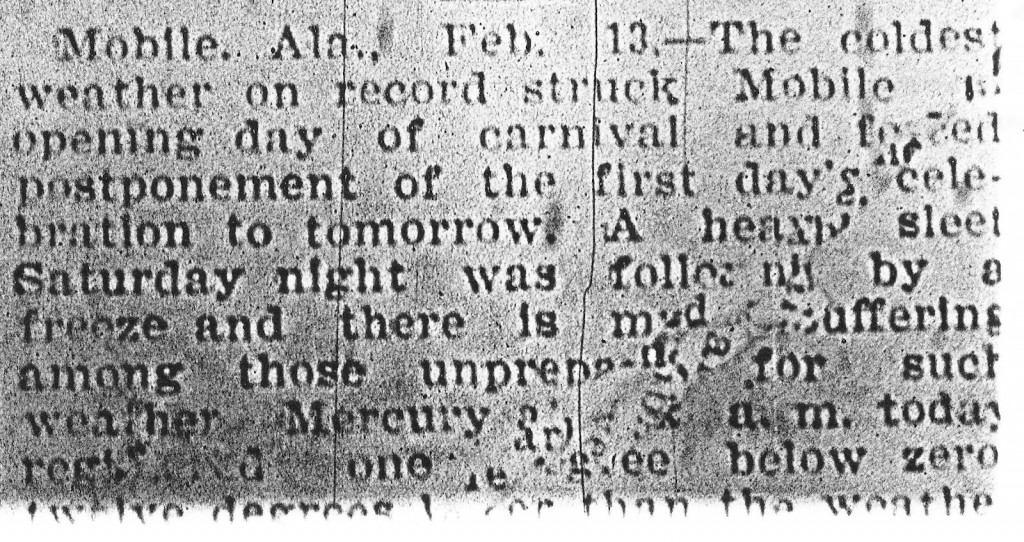 In February of 1881, a severe cold snap went all the way to Mobile, Alabama

In March, 1884, the first bulletin was issued, compiled by Capt. W. H. Gardner, containing reports from 22 observers. During the first three months, the number of observers was increased to 45. On the organization of the service at Auburn,the commissioner of agriculture and industries agreed to publish the bulletins as a part of the transactions of his department, but this support was withdrawn in February, 1885, and the publication of the bulletins was transferred to the college. Bulletins were issued monthly, and during the crop seasons, weekly on Saturdays. Special bulletins were issued at irregular periods. The method of indicating changes of weather in advance by the present system of flags was introduced in Alabama in September, 1884, more than a year before it was adopted for the entire country by the Chief Signal Officer. A cold wave flag, however, did not belong to the Alabama system.

1840 was the very dry – Warrior River nearly dried up

Storms have usually come in March and April. The prevailing direction is southwest to northeast. The highest hourly wind velocity recorded in the State was at Mobile, on the 18th of October, 1916, when 115 miles from the east was reached. The year of greatest frequency was 1884, when there were 19 storms.

Many severe storms in 1884 throughout the state

The year 1884 witnessed 19 violent storms throughout the State. The most remarkable was on February 19, in the afternoon, and passed through Montgomery, Perry, Elmore, Coosa, Jefferson, Cherokee, and Calhoun •Counties. Nineteen were killed and thirty-one wounded. Leeds in Jefferson County was almost destroyed. Tornadoes occurred on March 11, 24. 25, April 2, 14, 15, 16, and December 12, 1884. Numbers of people were killed, and there was much property damage. On January 11, April 30, May 6, and November 6, 1885, there were tornadoes, resulting in much property damage and a number of deaths. On March 27, 29, and 30, 1886, storms did considerable damage in Clarke, Lee, and Bullock Counties.

A cyclone lasting two days, March 26 and 27, 1888, accompanied by heavy rainfall, caused much damage to railroads and telephone and telegraph communication over most of the State.

West Indian storms on the Gulf coast in 1907 and 1916 resulted in millions of dollars loss of property and some deaths. The storm of July, 1916, was the most destructive in the history of Mobile, where there was a property damage of nearly $2,000,000. During the storm of 1907 there were many deaths on the coast below Mobile, and much damage to shipping.

The winter of 1779-80 was extremely cold, beginning November 15. Snowstorms continued throughout the entire winter, rivers and .creeks froze over, wild turkeys froze in the forests, domestic fowl on their roosts, deer sought refuge around the settlers’ cabins, and many wild animals perished in the forests. The year 1783 was cold during the entire period, July and August being cold enough to resort to winter clothing.

The years 1807, 1816, and 1823 were very cold, and the lowest temperature up to that time recorded at Mobile, was registered on February 16, when 5° above zero was reached. February 16, 1807, was so cold that the sap in trees froze, causing the bark to explode. Killing frosts formed every month in the year, as far south as latitude 34°, and on June 8, frost reached 33° South. During the year 1825 there was little cold weather, and immense crops were produced.

In January 1877 the Tombigbee was frozen over

On April 13, 1857, there was a very heavy snow; and on December 30, 1876, occurred the fiercest snowstorm ever known in Alabama. During the first week in January, 1877, the Tombigbee River as high up aa Columbus, Miss., was frozen over. The temperature at Columbus reached zero. The years 1884, 1885, 1886, and 1887 were severely cold. In 1886, during the early part of the year, considerable stock was killed. During the month of December snowstorms of unusual intensity occurred. On December 5, a fall of 20 inches was recorded in north Alabama, and as much as 12 inches was reached in the southern counties. 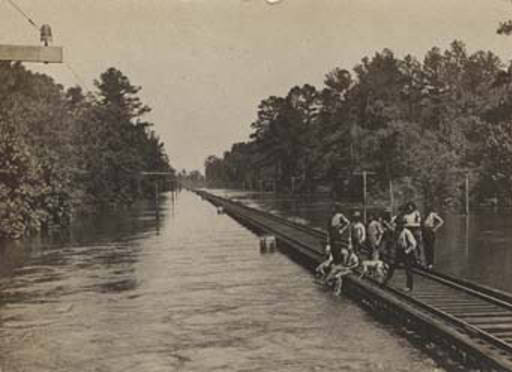 Flood waters near the top of the railroad bridge over the Dog River after a tornado hit the area. The postmark date on the back of this postcard is May 7, 1908 (Alabama Department of Archives and History)

The most spectacular meteoric display ever recorded in the history of the State occurred November 13, 1833, during the early part of the night. The event has long been known as the “night the stars fell.” 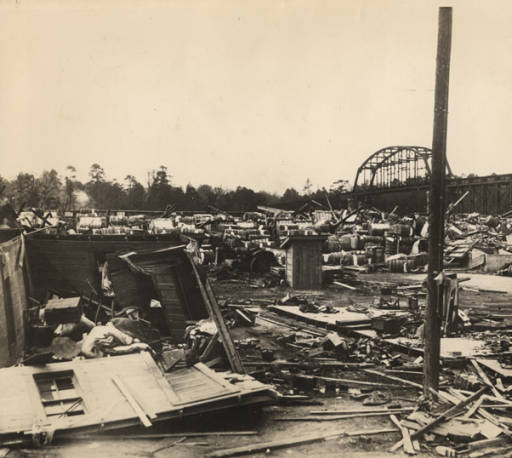 Northport, Ala – A scene on the site of the cotton warehouse of Northport, following the disastrous tornado that swept the region Monday March 21st, 1932. This and four other sites were hard hit, a total of 275 deaths being compiled. (Alabama Department of Archives and History)

Read VINEGAR OF THE FOUR THIEVES: Recipes & curious tips from the past Now in paperback, makes a great gift!