Did you know that some early settlers & speculators of Alabama land conspired with the British? (Text continued below)

“In 1783, six North Carolinians formed a company for the purpose of establishing a colony at Muscle Shoals on the Tennessee River. The company was composed of both easterners and frontiersmen, the former doubtless to furnish capital and secure grants, and the latter to treat with the Indians, make surveys, and promote immigration. The eastern members were: William Blount, a delegate from North Carolina in Congress; Richard Caswell, speaker of the State Senate and, in 1784, governor; and Griffith Rutherford, a general during the Revolution. The frontier members were: Colonel John Donelson, Indian agent for Virginia, county surveyor of one of North Carolina’s counties on the Holston, former associate of Richard Henderson, and the founder of Nashville; Joseph Martin, another of Virginia’s Indian agents and also the land agent of Patrick Henry; and John Sevier, colonel of the militia of Washington County on the Holston, and shortly governor of the State of Franklin.” 1

In 1790, President George Washington appointed Blount, who had fought in the American Revolution, as governor of the “Territory South of the River Ohio,” now known as Tennessee. Although he was a successful territorial governor, personal financial problems led him to enter into a conspiracy with British officers to enlist frontiersmen and Cherokee Indians to assist the British in conquering parts of Spanish Florida and Louisiana.William Blount and his brothers entered the “raging mania of speculation” that swept the nation in the 1790s. They made commitments to purchase millions of acres before western land values collapsed when war broke out between Great Britain and Spain in 1796. Fearing that France would gain control of the Mississippi, Blount entered into a conspiracy that sought to join the western Mississippi area with Britain, a party to the Treaty of 1783 guaranteeing navigation of that river. For a U.S. senator to enter into a plan that called for a foreign nation to assume sovereignty over territory belonging to the United States or desired by it was at best ill-advised. Senator Blount put his design into a letter that fell into the hands of his opponents and was publicly revealed. He resigned his Senate post to avoid impeachment. Returning to Tennessee, he received a hero’s welcome and was elected to the State Senate and to the Speakership, the state’s second highest office. Blount’s career ended at Knoxville, where he died of chills and possibly a stroke. 1 Before the conspiracy was uncovered, Blount presided over the Tennessee Constitutional Convention and in 1796 became the state’s first U.S. senator.

In 1798, the Congress of the United States created into a Territory, called “Mississippi,” the region between 31º and 32º 28′ of north latitude, with the Mississippi River for the western and the Chattahoochee for the eastern boundary Of this Territory President Adams appointed Winthrop Sargent of Massachusetts the governor. 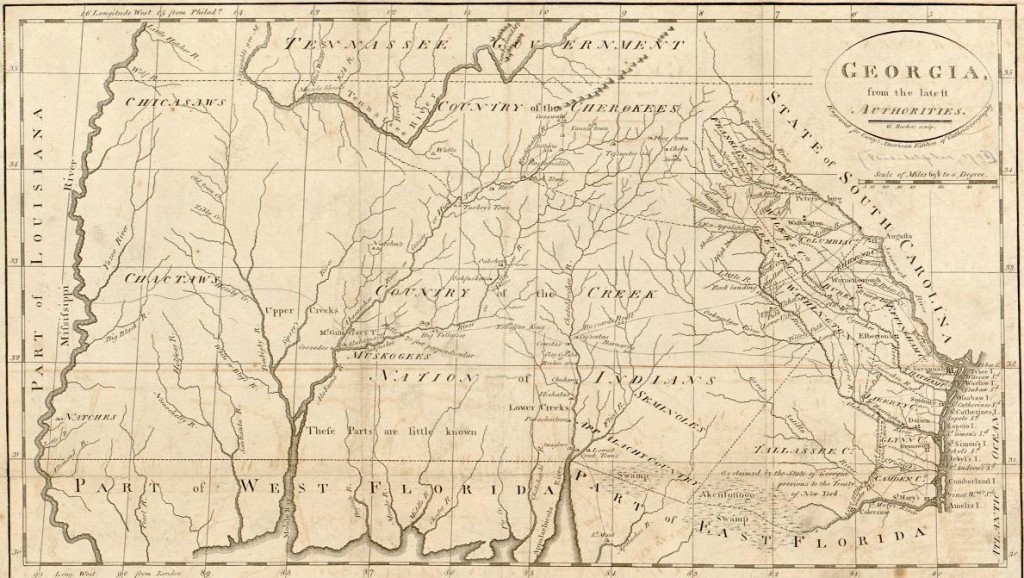 Gov. Sargent assumed authority in Natchez, on the Mississippi, the seat of government and a jail, the first public building was built at Natchez. Territorial Judges were Peter Bruin and William McGuire.

In May 1799, a detachment of federal troops relieved the Spanish garrison at Fort St. Stephens which had been constructed by them twelve or thirteen years before. In the south, Fort Stoddart was erected in July below the junction of the Alabama and Tombikbee (Tombigbee)(brewer)

Pickering and Adams Counties became the Northern part of the territory and bordered what was to later become Madison County. The first Sheriff of Pickering was Lewis Evans while William Ferguson was the Sheriff of Adams. Henry Hunter, James Hoggett, Anthony Hutchin, and Sutton Banks were freshman legislators from the Adams County to the House of Representatives or General Assembly as it was first called. Cato West, Thomas M. Green, John Burnett, and Thomas Calvit were from Pickering County and John F. McGrew was from Washington County though he was not seated. 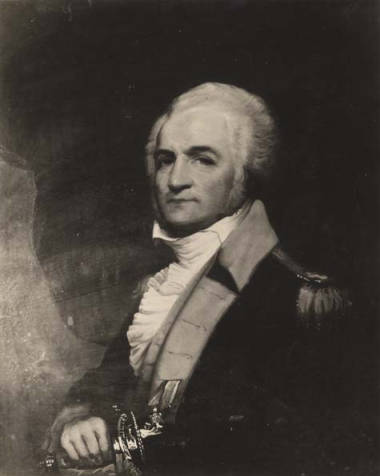 By proclamation, in June 1800, Gov. Sargent established Washington county, the limits of which comprised all of the territory east of Pearl River as far as the Chattahoochee and this became the first county in the future Alabama. The same year Congress provided for a legislature for the Territory. 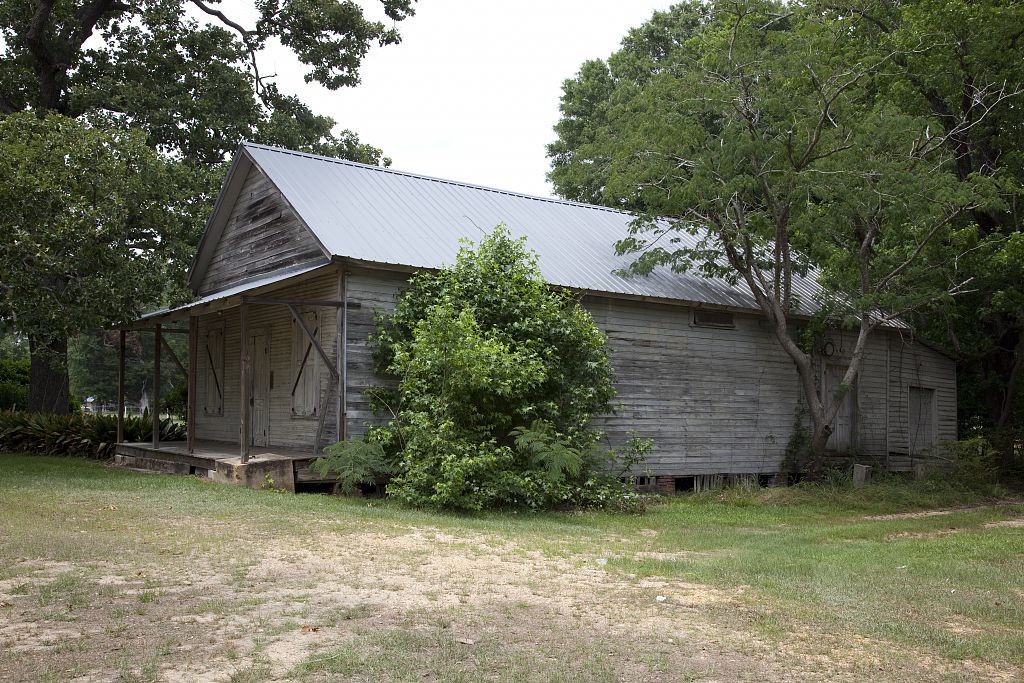 The first census of Washington county was taken in 1800 and found to consist of 733 whites 494 negro slaves and 23 free negroes. The population of Mobile and Baldwin, not then existing as counties, but under Spanish rule, was probably as large.

The arbitrary conduct of Gov. Sargent caused the people to send up a petition for his removal, and, in 1801, President Jefferson commissioned William C. C. Claiborne of Tennessee to succeed him. The new governor, a native of Virginia, possessed. much ability. He removed the capital of the Territory to Washington, a village six miles east of Natchez.

Abram Mordecai, an intelligent Jew, who dwelt fifty years in the Creek nation, set up the first commercial cotton gin at Coosada Bluff near Montgomery. He believed that the Indians were originally of his people, and he asserted that in their Green Corn Dances he had heard them often utter in grateful tones the word yavoyaha! yavoyuho! He was always informed by the Indians that this meant Jehovah, or the Great Spirit, and that they were then returning thanks for the abundant harvest with which they were blessed.

In 1802, Claiborne became another county of the Mississippi Territory but the white population still came in slowly to the settlement, for the hazards of penetrating the pathless wilderness which lay between it and the States were augmented by the presence of the inhospitable Indians. Immigration was also retarded by the difficulty of getting the produce of the country to market, there being export duties to be paid at Fort Stoddart to the United States, and a tariff at Mobile to be paid to Spain. The character of the population was of the rudest kind, and schools and churches were unknown. Robert Williams of North Carolina succeeded Gov. Claiborne in 1805 as governor of the Territory. 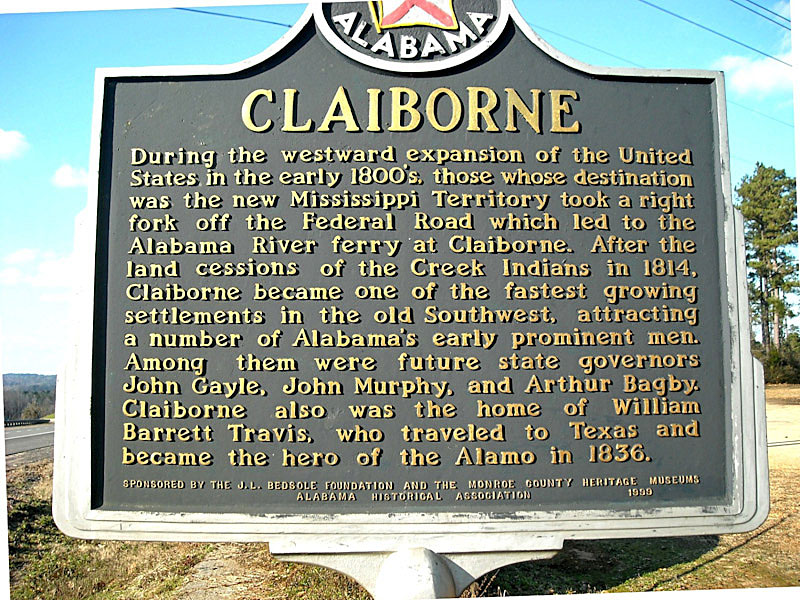 In 1802, (April 24,) the State of Georgia ceded to the federal government all the territory embraced within the limits of the present States of Alabama and Mississippi, north of the parallel 31°, for the sum of $1,250,000. The commissioners on the part of the federal government who concluded this purchase were Messrs. James Madison of Virginia, Albert Gallatin of Pennsylvania, and Levi Lincoln of Massachusetts; on the part of Georgia, Messrs. James Jackson, Abraham Baldwin, and John Milledge of that State. Thus, after a vexations controversy, the claim made by that State to this extensive realm was extinguished.

The boundaries of the Territory were now extended northward to the Tennessee line, whereby it was almost trebled in size. Yet the Indian title remained to all of its capacious area, save to a slip of country above and below Natchez, and the one on the Tombikbee.

The following are the two principal articles of the four adopted at this treaty:

Act. I. That the President of the United States may, at his discretion, by a commissioner or commissioners, to be appointed by him, by and with the advice and consent of the Senate of the United States, re-trace, connect, and plainly re-mark the old line of limits established by and between his Britanic majesty and the said Choota nation, which begins on the left bank of the Chicasaha river, and runs thence in an easterly direction to the right bank of the Tombikbee river, terminating on the same at a bluff well known by the name of Hatchee-tikibee. [The remainder refers to the appointment of two Indians as joint commissioners.]

Alt. II. The said line, when thus re-marked and re-established, shall form the boundary between the United States and the said Choota nation in that quarter; and the said Chocta nation, for and in consideration of one dollar, to them in hand paid by the said United States, the receipt whereof is hereby acknowledged, do hereby release to the said United States, and quit claim forever, to all that tract of land which is included by the before-named line on the north, by the Chicasa river on the West, by the Tombikbee and the Mobile rivers on the east, and by the boundary of the United States on the south.

Silas Dinsmore, federal agent to the Choctas; Major John Pitchlynn, and others, witnessed this agreement.