We were blessed to grow up next door to Grandpa and Grandma in Romulus, Alabama. The added wisdom of the older generations made our lives richer and fuller.

John Crawford Graham was my grandpa. He was the only man I know who wore a mustache in the 1940’s. He was jolly, always joking and teasing even though he was completely deaf and communicated by reading lips.

All the children at Romulus School next door knew that they had to use signs and exaggerated lip movements when they talked to him. He was a regular spectator at sports events and our greatest fan. But if he did not want to know what you were saying he would simply turn his head.

We learned about his ancestors and ours from family research by Lyman Graham, my father’s brother.

” The original Graham of our line was William Graham, who with his wife immigrated to America with a group of other Scotch-Irish in 1701 sailing from Dublin, Ireland and landing at Boston. They were descended from a Scottish clan, forcibly ejected from Scotland to North Ireland about 100 years before.
The Graham family moved to NJ, Pennsylvania, and Virginia before settling in North Carolina. prior to 1769.

The Compendium of American Genealogy, Vol IV states that William Graham went with his family to NC and then to Green Co., KY about 1792-95.

Among his descendants was a grandson, William (Mentor) Graham, the schoolteacher who taught and befriended Abraham Lincoln at New Salem, Ill. 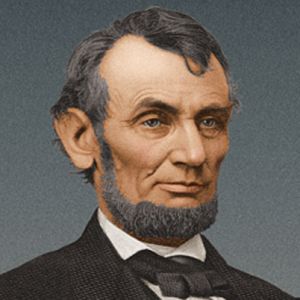 Mrs. John Hixson, Vaneta, of Piedmont, Mo., told about the great uncle William Graham who was a Baptist preacher. He divorced his wife, a practice much frowned upon especially for a preacher. For him to marry again was unheard of, so he was called before a church council to explain.

Just a bunch of foot warmers

He boldly stated,” I have poor circulation and my feet get terribly cold at night. I just had to have someone to keep my feet warm.” Mrs. Hixon said “And the women in this family have had to live with that for the last hundred years- just a bunch of foot warmers.’ ”

Grandpa’s love for children was universal and usually grandchildren or great grandchildren followed him around. My oldest daughters, Marilyn and Donna, became his shadows. Nearly every day, he loaded the car to go to the store and buy a round of carbonated drinks (he called them “dopes”) for everyone. If none of the family children were available, he might stop at the home of the nearest black family and take their children down for a treat.

When President Truman ordered military units desegregated, Grandpa was furious. He was sure that this would lead to the breakdown of the services. Yet – one day after a summer rain, one of the grandchildren noticed a body floundering in the muddy gravel road. A black man with no arms had fallen and was muddy from trying to get up. Grandpa carried him to the house; washed him up, put some of his own clean clothes on him, and drove him home. We learned that callous words could not hide his tender heart.

Grandma often fussed at him because when the two of them had only a pension, he gave to anyone who asked him and often his pension check was gone the day he received it. Many people still thought of him as the rich employer the years before his sawmills and store went bankrupt.

Birthdays were special in the Graham family. Grandma often told me when I was a child that celebrating birthdays helped keep families close and in touch. She mentioned other families who never seemed to have closeness.

Grandpa loved parties, especially his own. In his last years the opening of birthday cards were highlights and he bragged for months about the money he got. In celebration he would stand on his head or dance a jig, even when he was in his 80s.

On Sunday afternoon Grandma began studying the Sunday School lesson for the next week in the adult class she taught for 40 years. She would read the scriptures out loud to any of the children who were there and talk about the lesson. Then every night she would go over it before she went to bed. It gave her a chance to meditate on it all week and us a head start on our own lesson. When we helped shell peas or snap beans, she talked about the Bible and its application to everyday life.

Most of the time she walked

Most of the time she walked the half-mile to church, but Grandpa would take her if she asked or if the weather was bad. We knew she loved us, but she did not show a lot of affection. We also knew she had high standards of behavior for us and usually a look in our direction would settle down any inappropriate behavior.

We were blessed to grow up next door to Grandpa and Grandma. The added dimensions of the older generations made our lives richer and fuller.

Reunions were fantastic. Kinfolks from all over came bringing baskets, boxes, and bowls of food. Kids all over the farm, the men looked for shady places to talk, and the women gathered in the kitchen to catch up on news, get the food ready and admire the newest baby.

The round oak table would be extended to its fullest, then supplemented by other tables. The sideboard was the depository for the desserts — chocolate cakes, pecan pies, peach cobblers, and banana puddings. A kid could dream for weeks.

Be Sure to check out Alabama Pioneers Books and inexpensive eBooks