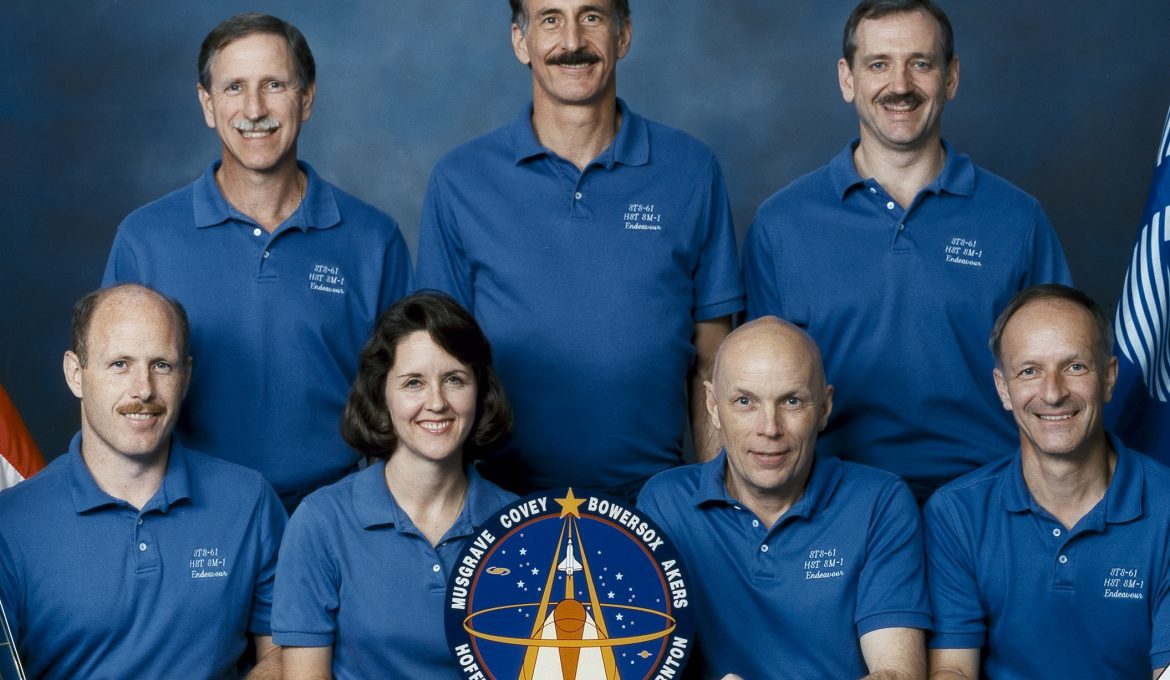 On November 22, 1989, Kathryn Thornton, a native of Montgomery and graduate of Auburn University, became the first woman to fly on a military space mission on the Space Shuttle Discovery. Dr. Thornton also became the second woman to walk in space in 1992. 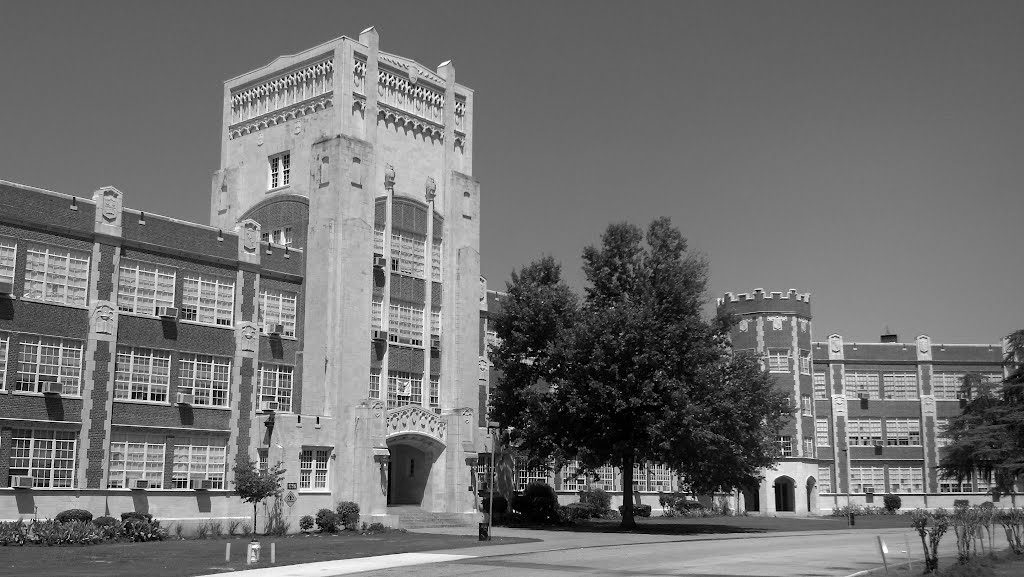 She was awarded a NATO Postdoctoral Fellowship to continue her research at the Max Planck Institute for Nuclear Physics in Heidelberg, West Germany. When she returned to Charlottesville, Virginia in 1980, Dr. Thornton was employed as a physicist at the U. S. Army Foreign Science and Technology Center.

Dr. Thornton was selected by NASA to become an astronaut in May 1984. She completed her training in July 1985, and her “technical assignments have included flight software verification in the Shuttle Avionics Integration Laboratory (SAIL), serving as a team member of the Vehicle Integration Test Team (VITT) at KSC, and as a spacecraft communicator (CAPCOM). A veteran of three space flights, Dr. Thornton flew on STS-33 in 1989, STS-49 in 1992, and STS-61 in 1993. She has logged over 975 hours in space, including more than 21 hours of extravehicular activity (EVA).”1 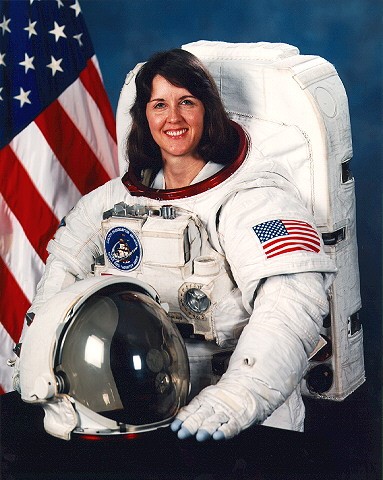 Dr. Thornton was a mission specialist on the crew of STS-33 which launched at night from Kennedy Space Center, Florida, on November 22, 1989, aboard the Space Shuttle Discovery. The mission carried Department of Defense payloads and other secondary payloads. After 79 orbits of the Earth, this five-day mission concluded on November 27, 1989, at Edwards Air Force Base, California. 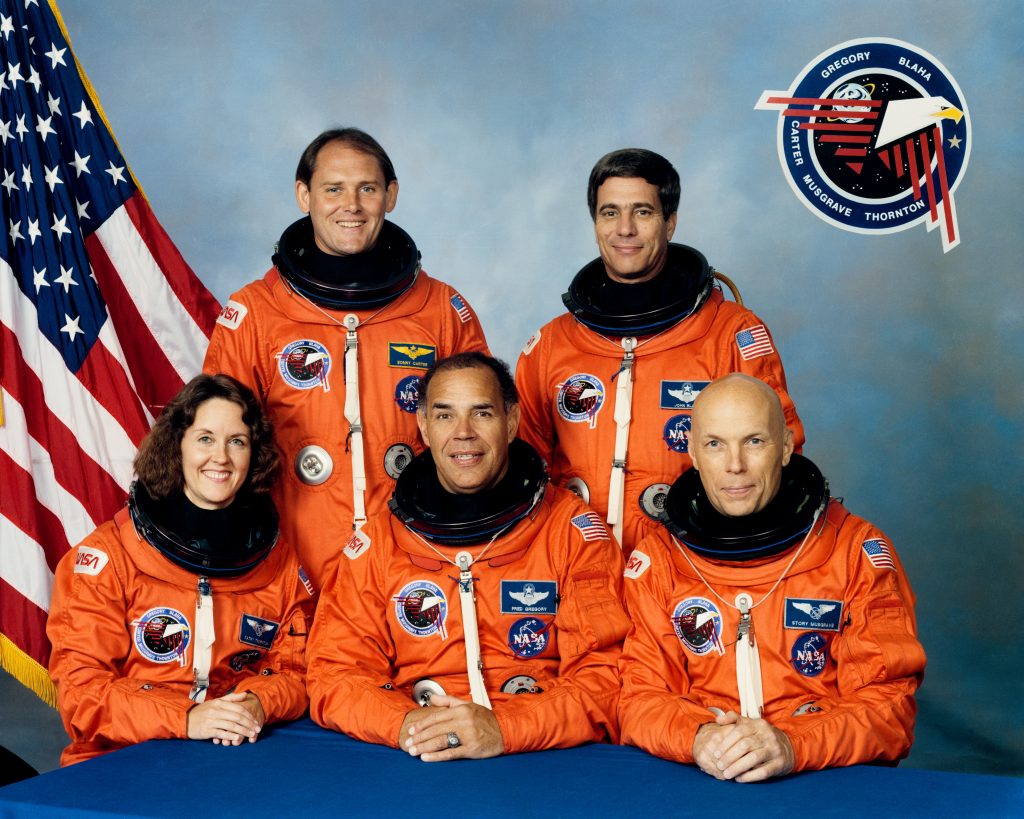 On her second flight, Dr. Thornton served on the crew of STS-49, May 7-16, 1992, on board the maiden flight of the new Space Shuttle Endeavour. During the mission, the crew conducted the initial test flight of Endeavour, performed a record four EVA’s (space walks) to retrieve, repair and deploy the International Telecommunications Satellite (INTELSAT), and to demonstrate and evaluate numerous EVA tasks to be used for the assembly of Space Station Freedom.

Dr. Thornton was one of two EVA crew members who evaluated Space Station assembly techniques on the fourth EVA. STS-49 logged 213 hours in space and 141 Earth orbits prior to landing at Edwards Air Force Base, California.

On her third flight, Dr. Thornton was a mission specialist EVA crew member aboard the Space Shuttle Endeavour on the STS-61 Hubble Space Telescope (HST) servicing and repair mission. STS-61 launched at night from the Kennedy Space Center, Florida, on December 2, 1993. During the 11-day flight, the HST was captured and restored to full capacity through a record five space walks by four astronauts. 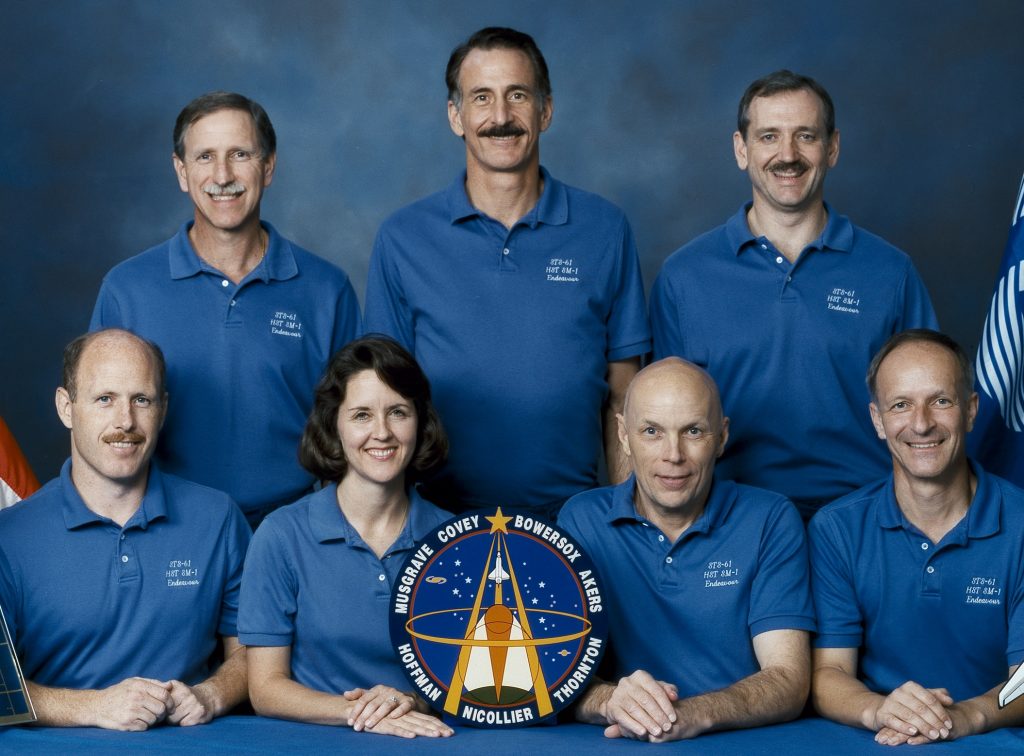 After having traveled 4,433,772 miles in 163 orbits of the Earth, the crew of Endeavour returned to a night landing at the Kennedy Space Center on December 13, 1993.

From October 20 to November 5, 1995, Dr. Thornton served aboard Space Shuttle Columbia on STS-73, as the payload commander of the second United States Microgravity Laboratory mission. The mission focused on materials science, biotechnology, combustion science, the physics of fluids, and numerous scientific experiments housed in the pressurized Spacelab module.

In completing her fourth space flight, Dr. Thornton orbited the Earth 256 times, traveled over 6 million miles, and logged a total of 15 days, 21 hours, 52 minutes and 21 seconds in space.

Dr. Thornton retired from NASA in 1996 to join the faculty of the University of Virginia.