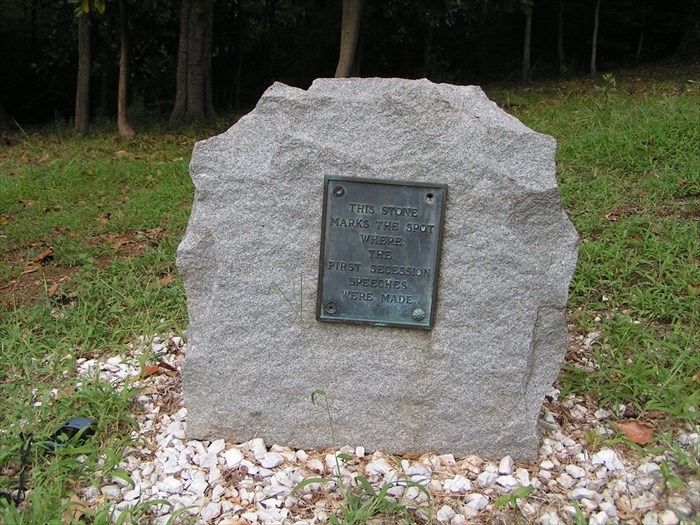 The lyrics to this song written by Alan Peeler were inspired after Mr. Peeler visited the unknown Alabama soldier in Abbeville. It was sung and recorded by Deborah Brinson and is number six on her album, Let Dixie Remember

The Lyrics to the song tell his story:
While on a train in South Carolina I Stared out of the window
As the slow cold rain was coming down
And I’m trying to get home, the home Left so long ago
But I’m here, near Abbeville, near Abbeville town
It’s a Long, long way, to Alabama

I joined the army, with my brother John
Two cousins and my neighbor Tom, my brother and cousins, and neighbor Tom
John died at Chickamauga, my cousins of them I don’t know
Tom died in Richmond, o’er two and half years ago
It’s a long, long way to Alabama

For the last two days, a fever’s been in my head
Sleep has not come, as on this train I make my bed, I wonder,
Will I ever see my home, my father and my mother dear?
Or if on this train ‘n tears the voice of my Savior I’ll hear?
It’s a long, long way to Alabama

The property referred to in the quote is a 1.9-acre tract where Secession Hill was located. Secession Hill is named for the event of November 22, 1860, which took place there. On that date, over 3000 people gathered to hear what have become known as the secession speeches. Abbeville, South Carolina is given credit for holding the first of these meetings in front of the court-house. A speakers stand was set up three blocks away near the old town magazine. 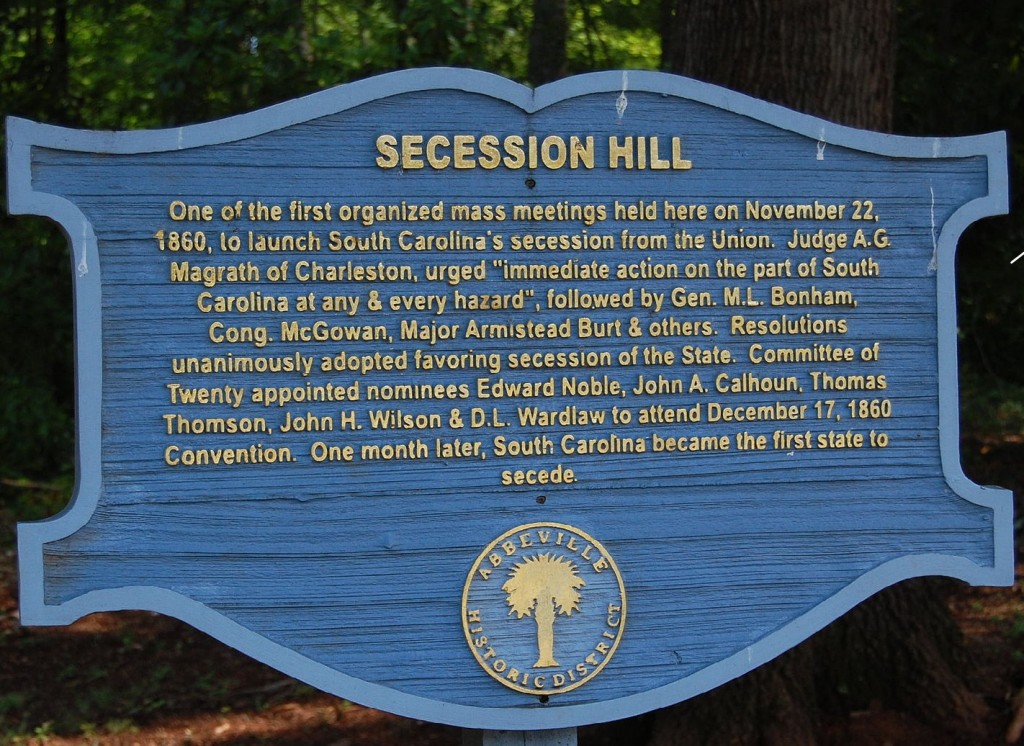 “Over the next one hundred and forty-four years, Secession Hill fell to private hands. A house of about 2000 square feet was built circa 1894 and a smaller house built later. The area was over-run with vines, underbrush, and thousands of glass bottles and cans littered the area. Secession Hill was simply a piece of forgotten property and had little or no historical significance to Abbeville. In fact, most residents of the area didn’t really know where Secession Hill was located in the town.”i

“In 2001, Robert Hayes moved to Abbeville and opened a shop called the “Southern Patriot Shop.” One day in November of 2001, he overheard a conversation between two men in his shop in which one man said he owned the tract of land known as Secession Hill. This man was Jack Mattison of Columbia. Mr. Hayes immediately began discussion and negotiation to purchase that land from Mr. Mattison. The property had been zoned for multi-housing by the city of Abbeville and Mr. Hayes and others feared that it could fall into the hands of a developer and be gone forever.”ii

“In April of 2004, Mr. Hayes and the Southern Cultural Centre purchased the 1.9-acre tract and began a journey of clearing and preparing the property for Secession Memorial Park. Thousands of man-hours went into the clearing of the two houses, vines, bottles, trees, debris and most of that work was done by Mr. Hayes himself.”iii 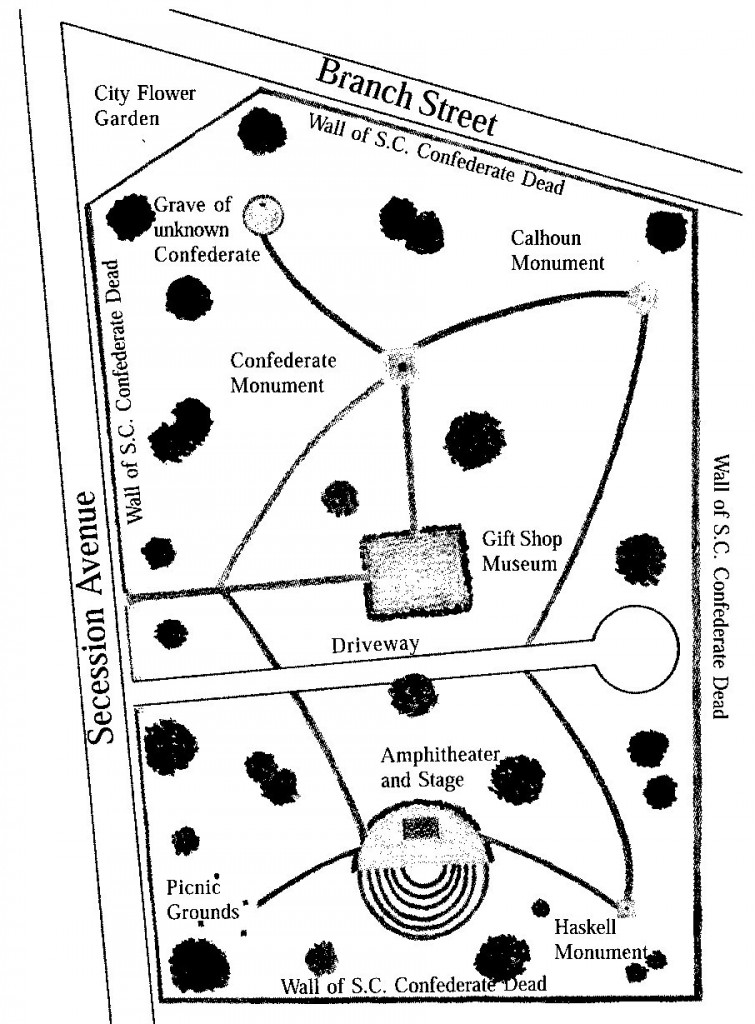 “The grave of an unknown Alabama soldier was located on the property and marked. This soldier had died on a train passing through Abbeville, his remains removed and buried on Secession Hill. In addition, “Secession Rock” which holds a bronze marker, placed there by the United Daughters of the Confederacy circa 1950, was moved across the line from the remaining private property and placed at the sight of the platform where the speeches were given. No specific date is on the plaque which simply reads “This stone marks the spot where the first secession speeches were made.” A beautiful flag pole also adorns the grounds of the Memorial Park.”iv

Thanks to the song written by Alan Peeler and the Music by Deborah Brenson as well as Robert Hayes diligence in saving Secession Hill, the sacrifice of this Alabama unknown soldier in South Carolina has been remembered. The soundtrack is number six on Deborah (Brinson) Wilkie’s  album, Let Dixie Remember  recorded in 2006.

iSouth Carolina League of the South

iiSouth Carolina League of the South

iiiSouth Carolina League of the South

ivSouth Carolina League of the South

As a family historian, do you have friends and family ask you how to get started in family research? This is a hard question to answer in a few minutes. Refer them to the book below to help them get started in this fun hobby. Purchase several – Books make great gifts!