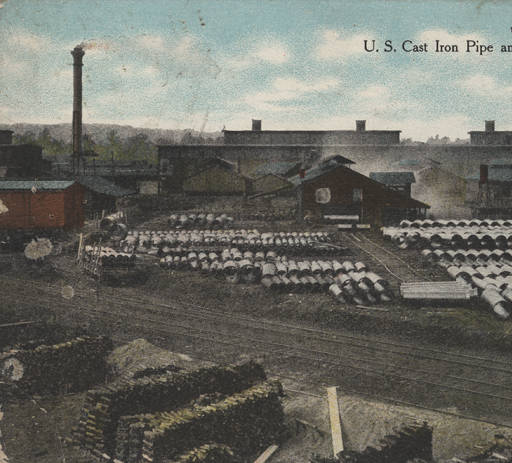 Bessemer, Alabama was founded in the spring of 1887 as an important industrial center, popularly known as the “Marvel City.” It is located in the lower section of Jones Valley, in the southern part of Jefferson County, and is 18 miles southwest of Birmingham and 8 miles from Hoover, Alabama.

In July 1886, it was selected as the site for two iron furnaces. At the same time plans were projected for the building of a great manufacturing city. Lands were secured, cleaned up, and the first sale of lots was held. The development was the work of the Bessemer Land Improvement Co., which had been incorporated for that express purpose.

On April 12, 1887, Henry DeBardeleben and his partners sold the first lots for the new city of Bessemer located twelve miles southwest of Birmingham. Bessemer was the vision of industrialist Henry Fairchild DeBardeleben. The original name of the city was Brooklyn; however DeBardeleben decided to rename the city Bessemer in honor of Sir Henry Bessemer, the British scientist who was famous for his contribution to the steel making process. R. M. McAdory was the first mayor. Within a year Bessemer had a population of 3500.

The film below reveals some scenes of Bessemer, Alabama and steel mills from the 1930s.

Growth continued to be phenomenal

The growth of Bessemer continued to be phenomenal. In just over a year, there were more than 4,000 people in Bessemer. Its various industries made a long list, all testifying to the progress of a city. The city reached fourth in the state in terms of population by 1890 and remained there for several years afterward.  Apart from the solid foundation of these industries upon which the life and prosperity of the city mainly depended in 1904, Bessemer had well paved streets, excellent waterworks, a good system of sewerage, fine banks, well edited newspapers, excellent schools, and churches of all denominations.