The Tennessee Valley is rich in history and the beautiful Tennessee River lying like a new moon upon which one makes good wishes in the northern part of Alabama has a history of its own. The eyes of the world have been focused in that direction through the publicity given to Muscle Shoals.

In 1897 Capt. J. M. Todd of Decatur, wrote a letter describing the trip of the “Atlas,” the first boat to ascend the Tennessee River over Muscle Shoals. The letter is now in possession of Capt. Frank Rowden, of Decatur. All of the claims made therein have been authenticated by documents and old newspapers in possession of the Department of Archives and History, the research work having been done by the Librarian, Miss Mary R. Mullen. The Huntsville Southern Advocate of February 22, 1828, gives an account of the trip which corresponds in substance to Capt. Todd’s letter, which however, has much additional new material. Capt. Todd’s letter is as follows:

The Steamboat Atlas was the first boat brought up over the Muscle Shoals. She was brought up on high water of February, 1828, by Joseph Wyatt and Jack Clark. S. D. Conner was her master.  Peyton Wyatt of Huntsville, Ala., was a brother of Joseph. She was a small side-wheel keel bottom boat and was called the Atlas of Cincinnati, where she was built. 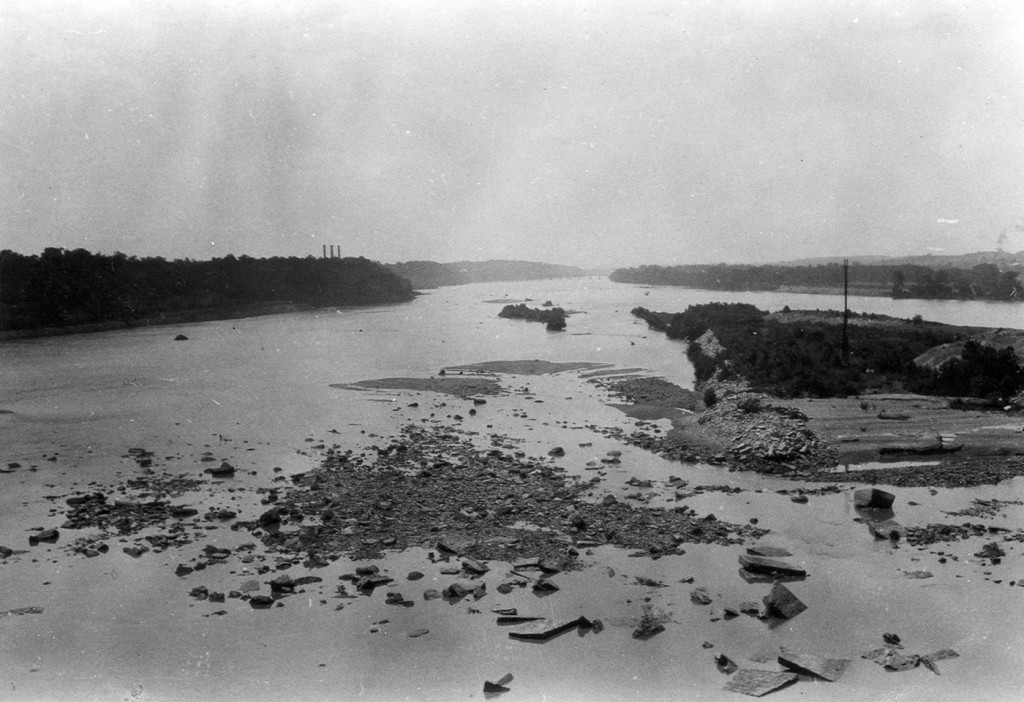 Steam whistles being unknown, a small cannon heralded the approach and departure. The citizens of the country surrounding her passage way along the river flocked to see her pass. The City of Knoxville made up a purse, perhaps $1,000 for the first steamboat to land at the wharf of the town.

Steamboat Atlas was the first

The steamboat Atlas was the first to make the trip, got the money and never went there again. She was a financial failure, never made many trips, sank money and finally sank herself on Bird Iron Shoals below Ditto’s Landing, (now Whitesburg).

Steamboating was a slow go

She lay there a long time. Eventually Soloman Bouldin, Charles Carlen and myself, much for a project as for enterprise, went in, bailed her out and raised her. Captain Trotter, from East Tennessee, built a hull up the river, brought it down, put the Atlas machinery on it and called it the Steamboat Enterprise. But she was as often called the Polly Trotter instead. She was also a failure and steamboating on upper Tennessee was a slow go for the next several years.

Capt. Bearden of Knoxville made the next venture. He brought up the steamboat Knoxville, but the trade was not imbued with much life.

Capt. Baugh of Florence, brought up the steamboat Guide about 1834 or ’35. Then Capt. Nicholson built the Harkaway, and Capt. Doss the Reliance. Both were on the Shoals in the summer of 1837. One was aground all summer till the river rose.

Started up the canal at the Shoals

In 1842 Capt. Berry Chaptman with the Holston, started up the first canal built around the Shoals by the State of Alabama in the early ’30s. He got as far as Blue Water creek and lay a long time and had to go back and come over the Shoals.

Capt. Merrel brought up the Huntsman. Her name was later changed to the News, and was the first mail boat on the Tennessee river. She was an old boat when brought up, run several years and sank above Whitesburg landing at Hill’s wood yard. Capt. Merrel later brought up the Pickaway, rebuilt and named her the Atlanta. She was put in the Decatur and Knoxville trade, at this time river trade had developed to be worth something. The Tennessee was brought up from the lower trade by Capt. Spears, who changed her name to Ellen White.

In 1849 Capt. Collin C. Spiller went to Pittsburg and had the Union built and about the same time Capt. Mathew Mahan brought up the Jim Jackson. Steamboating on the Tennessee above the Shoals began in earnest and a paying business.

In the early 50’s Capt. Williams brought the Chattanooga, Capt. Nicholson ,the Jefferson; Capt. Boyd, the Lady of Augusta; Capt. Doss the Lincoln. A good line of boats was now established. Steam whistles had superceded (sic) the cannon for announcements of approaching landings. Daily mail routes were established and promptness was given at scheduled points.

In 1851 the Tanny Malone and Molly Garth were in the mail trade with the Chattanooga. The Malone and Garth were brought up by Capt. Pleas Todd. About this time the little Elkton made her appearance. She was commanded by Capt. Cliff. She was the only boat to burn, up to that time, on the river above the Shoals. She burned in the suck in the mountains below Chattanooga, with a cargo of cotton. No lives were lost.

Capt. Berry Chaptman brought the London up the same year, and soon after the Alida, and a little boat called the Tennessee was brought up and run in the upper trade. The Lincoln was rebuilt in 1852 by Capt. Spiller and called the Alabamian.

She ran above the Shoals for a while, and then went on lower river trade. She was a large side-wheel boat. These were stirring times on our lovely river. Hills and mountains reverberated with the sound of the steamboat whistles, and the ceaseless exhaust from the engines through the escape pipes on the roof.

In 1852 I went to Pittsburg and built the boss of all boats, named her Lookout for Chattanooga’s far-famed mountain. In 1854 on our regular run I took on board a half-breed Cherokee Indian named John Taylor. He evinced much pleasure and satisfaction examining and admiring the steamboat’s name, saying Lookout-Chattah-nugah, lookout, danger, something to fear.” He had once lived at Cherokee Chief John Ross Landing, (now Chattanooga) left there in 1836, went to Arkansas, had prospered, and visiting his old camping ground, bringing his young son to review the scenes of his father’s childhood. I think he was visiting Major Cowart, who was part Indian, and had taken a reserve across the river from Chattanooga.

Taylor possessed a wonderful fund of information. “Ye old time” legendary lore which proved very entertaining. He loved to repeat Chattah-nu-gah with peculiar intonation, saying lookout for danger. I told him I had gotten the name of my steamboat right, then, for there was danger of all other boats being eclipsed.

The Lookout was rebuilt at Bridgeport in 1860, was chartered and run in the interest of the Confederate government until Chattanooga was captured. She ran as a U. S. transport by the federals until 1865 when she sank at Ross tow head where her wreck lies today. Her machinery is doubtless of some value yet, for it was as good as ever floated on a Tennessee river steamboat.

I built the Paint Rock at Bridgeport, Ala., in 1860. She was the last boat built on this part of the river prior to the war. The iron horse was now snorting along the track through the Tennessee valley, and the beginning of the end of our jolly good days of packet boating was soon to come.

A few, and only a very few of our old crews and commanders linger along the stream, once so lively with their full and frolic, hard work and full pocket books, and eternal friendship.

For us will the boatman of noiseless oars land as, headed for our comrades that have gone, as he will, for all. “But there’s a mansion and a welcome, and a multitude is there; who have met upon the level and been true upon the square.”