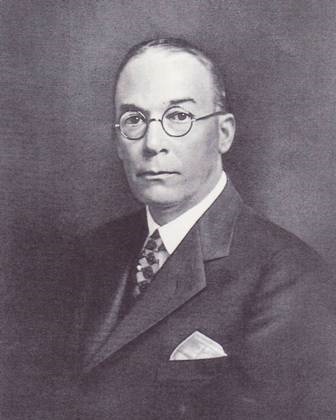 He was the founder of Rickwood Field, which was named for him.

“Other business connections included posts as director of the Wheeling Steel Corporation, vice president the Seaboard Airline Railroad, the Atlanta, Birmingham and Coast Line Railway. He also served as a director of the Children’s Hospital and was greatly interested in hospital facilities in the Birmingham area.

Woodward was a member of the Church of the Advent and held memberships in the Woodward Golf Club, the Birmingham Country Club, the Roebuck Golf Club, the Banker’s Club of New York and Delta Duck Club in New Orleans.

At one time he was vice president of the Southern Association of Baseball Clubs. During his years as president of the Barons, the club had one of its greatest periods. It won five pennants, finished second four times, third nine times, fourth twice, fifth and sixth three times and seventh four times and eighth only once.

He married Annie Hill Jemison. Three daughters, Mrs. William Hitt of Middleburg, Virginia; Mrs. William E. Webb of Mexico City and Mrs. J. M. Burt of Birmingham, and two sons, Joseph H. Woodward II and A. H. Woodward, Jr. both of Birmingham, survived him. He had seven grandchildren when he passed away at the age of 74. He was buried in Elmwood Cemetery.

He is in the Alabama Sports Hall of Fame.