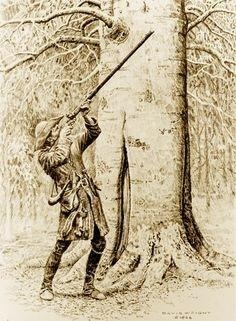 This time of year when the weather begins to turn cool the maple leaves turn red and hickories turn yellow I always get the fever to head to the woods to squirrel hunt.

This love for chasing old bushy-tail was instilled in me by my dad(Jack) and maternal Grandad( Big Daddy Bearden). For my Big Daddy hunting squirrel in Montevallo was a necessary during the Great Depression to supply game for the table and not a sport. I remember my first squirrel gun was a Stevens single-shot 20 gauge.I was 11 years old and got off the school bus one September afternoon and as I came through the front door my dad said; “Son, Look on the dining room table”. I could not believe my eyes my dad had went and bought me  my own squirrel gun. This was a big sacrifice for our family him being a barber by trade but I don’t know who had the biggest smile me or my dad. 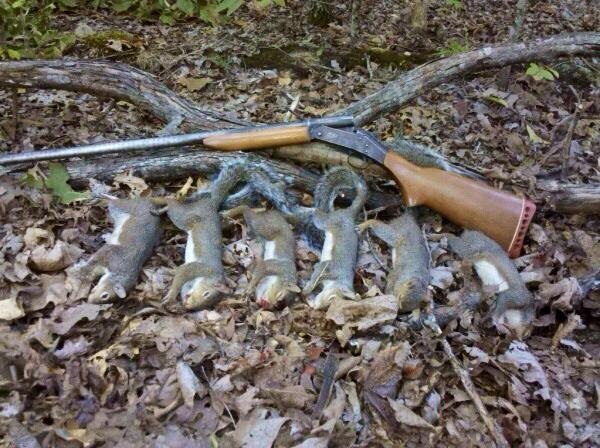 I remember the first time I killed a squirrel. It was a few weeks later on a cool late October afternoon me and my granddad headed out as soon as I got off the school bus. We loaded our plaid jacket pockets with shotgun shells and parched peanuts and trekked to the hardwood hills and hollows of Roupes Valley. My Big Daddy found a good place on a ridge over looking a hollow full of white oak acorns and squirrel nest. He told me ” you sit here I will walk on down the holler and come get you at dark”. After sitting 1hr and the listening to sounds of the woods return, and hearing a dog bark in the distance I noticed something moving in the leaves a 100 yards from me. It was a fat grey squirrel, I jumped and dashed in a mad run down the holler leveling the shotgun and taking a shot on the run. The leaves scattered and flew in the air  with the shot but the squirrel headed up the nearest hickory.”I had missed???” After finding the tree the squirrel had escaped to I circled around it and there he was hugging the tree, I took my second shot and he fell. My voice echoed down the holler ” Big Daddy I got him”… Big Daddy Bearden came walking up the holler with his .22 rifle resting on his shoulder munching on peanuts with a big smile on his face. I asked him are we not going to wait and get you one, his reply was” I got what I came after”.