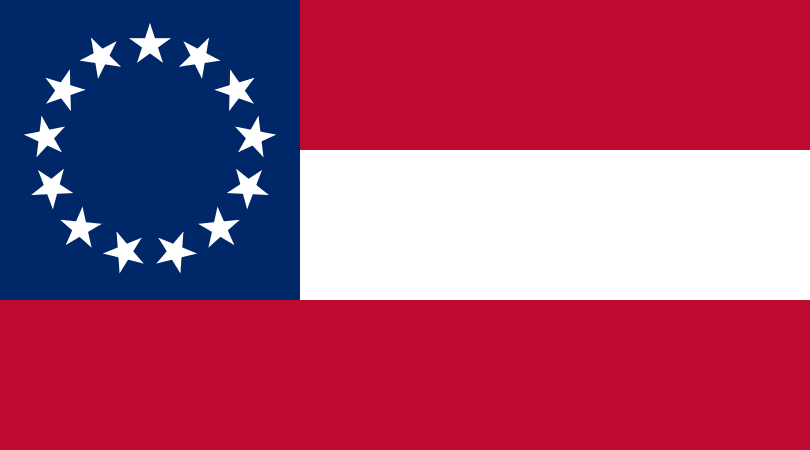 History of the Confederate Flag

The ‘Confederate flag’ waved today was never the official flag of the Confederate States of America. Rather, it was the flag of the Army of Northern Virginia. Quoted text is from an article written in History of Alabama and Dictionary of Alabama Biography before 1921 and Wikipedia

The first Confederate flag, popularly known as the “Stars and Bars,” was flung to the breeze on the fourth day of March, 1861, the day of its adoption by the provisional congress. In anticipation or the report of the committee and the formal adoption of a design, Hon. Alexander D. Clitheral had had one prepared from the model. 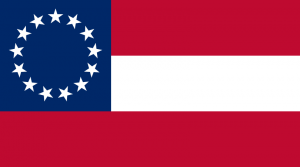 “The congressional action found its way into the city, a “large concourse of spectators assembled on capitol hill. Miss Letitia Christian Tyler, daughter of Col. Robert Tyler, and granddaughter of John Tyler ex-president of the United States, had been selected to raise the flag. The news account contained in the Montgomery Weekly Advertiser of March 6, gives this thrilling account: When the time had arrived for raising the banner, Miss Tyler steadily and with heart throbbing with patriotic emotion, elevated the flag to the summit of the staff, cannon thundered forth a salute, the vast assemblage rent the air with shouts of welcome, and the people of the south had for the first time a view of the southern flag.”

The history or genesis of the flag has in recent years been the subject of much investigation. The Confederate organizations have undertaken to make a declaration as to whom the honor or credit should be given. The journals of the Confederate congress contain many references to the subject. A committee on flags was appointed by congress to receive and consider all the designs submitted. Its report contains nothing to definitely determine the inquiry. However, the statement is made that the flag as adopted and reported was the work of the committee, and none of the designs sent by individuals as models having been thought suitable.” It is quite definitely determined, however, that the flag as adopted embodies in large part the suggestions submitted by Nicola Marechal, a distinguished portrait painter then residing at Marion, Perry County.

The flag recommended by the “Committee on a Proper Flag for the Confederate States of America,” appointed by the Provisional Congress, in its report of March 4th- 1861is as follows:

“That the Flag of the Confederate States of America shall consist of a red field with a white space extending horizontally through the center, and equal in width to one-third the width of the flag. The red space above and below to be of the same width as the white. The union blue extending from through the white space and stopping at the lower red space. In the center of the union a circle of white stars, corresponding in number with the States of the Confederacy.”

Note. The union is square; the stars five pointed. The length of the flag one and a half times the width.

As you can see this Confederate flag called the ‘Stars and Bars’ resembled the Federal flag, especially when it was hanging limp on the flagstaff,  and this resulted in confusion on the battlefield so a new Confederate battle flag was designed.

Second flag.—The “Battle Flag,” known as the second flag, was designed by General Beauregard, adopted by General Joseph E. Johnston, after the first battle of Manassas (Bull Run), and afterward adopted by the Confederate Congress. The reason for its adoption was that in the smoke and dust of battle the “Stars and Bars” was frequently mistaken for the “Stars and Stripes.”

The second national flag of the Confederate States of America -sometimes called ‘The Stainless Banner” flew from May 1, 1863 – March 4, 1865

Initial reaction to the second national flag was favorable, but over time it became criticized for being “too white”. The Columbia-based Daily South Carolinian observed that it was essentially a battle flag upon a flag of truce and might send a mixed message. Military officers also voiced complaints about the flag being too white, for various reasons, such as the danger of being mistaken for a flag of truce, especially on naval ships, and that it was too easily soiled. 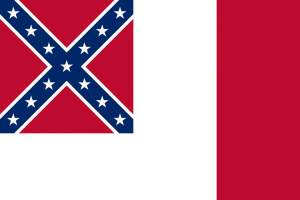 Fourth Flag.—A modification of the third flag was adopted March 4, 1865, as the “National Flag” of the Confederate States, by the Confederate Congress. The red outer border and was thus added and the canton was square.

Given that the Confederacy fell within a few months of the adoption of the “Blood-Stained Banner,” very few flags of this design were manufactured or used.

“In addition to the national flags of the Confederacy, a wide variety of flags and banners were flown by Southerners during the War. Most famously, the “Bonnie Blue Flag” was used as an unofficial flag during the early months of 1861. It was flying above the Confederate batteries that first opened fire on Fort Sumter in Charleston harbor, in South Carolina beginning the Civil War.” 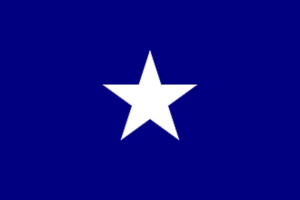 The Army of Northern Virginia battle flag was square, of various sizes for the different branches of the service: 52 inches (130 cm) square for the infantry, 38 inches (97 cm) for the artillery, and 32 inches (81 cm) for the cavalry. It was used in battle beginning in December 1861 until the fall of the Confederacy. The blue color on the saltire in the battle flag was navy blue, as opposed to the much lighter blue of the Naval Jack. 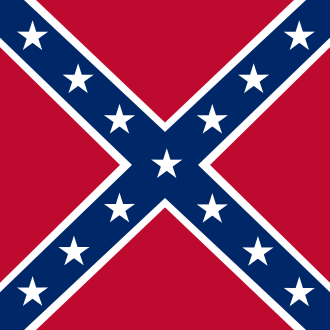 The Battle flag of the Army of Virginia 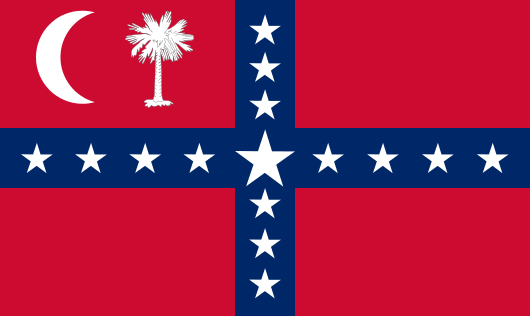 A very good article on the myths and truths surrounding the Confederate flags can be found at Snopes.com

ALABAMA FOOTPRINTS Exploration: Lost & Forgotten Stories (Volume 1)  is a collection of lost and forgotten stories about the people who discovered and initially settled in Alabama.