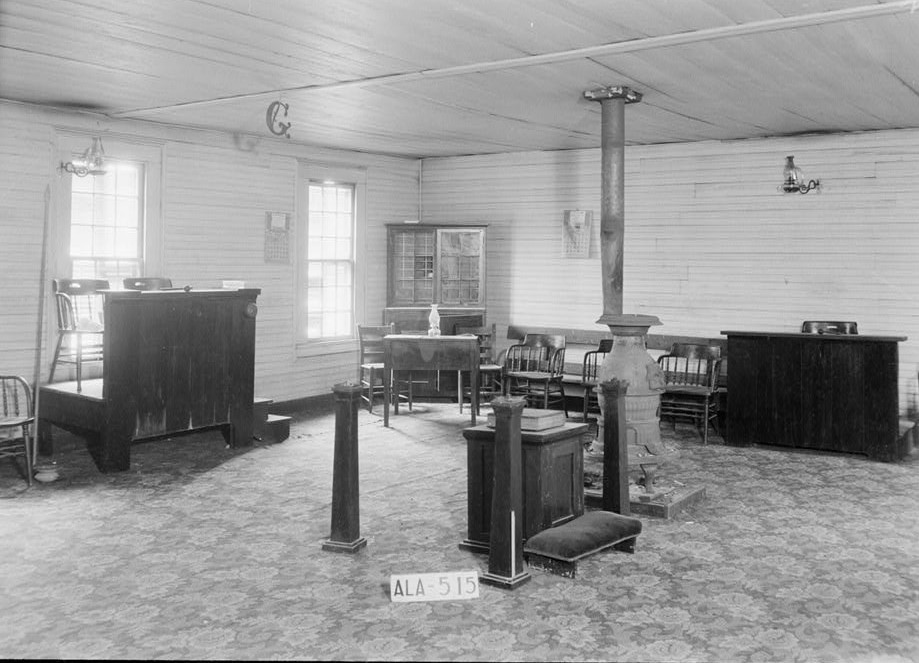 One historic small community in Alabama had three names, Crocketsville, Crawford and Tuckabatchee. 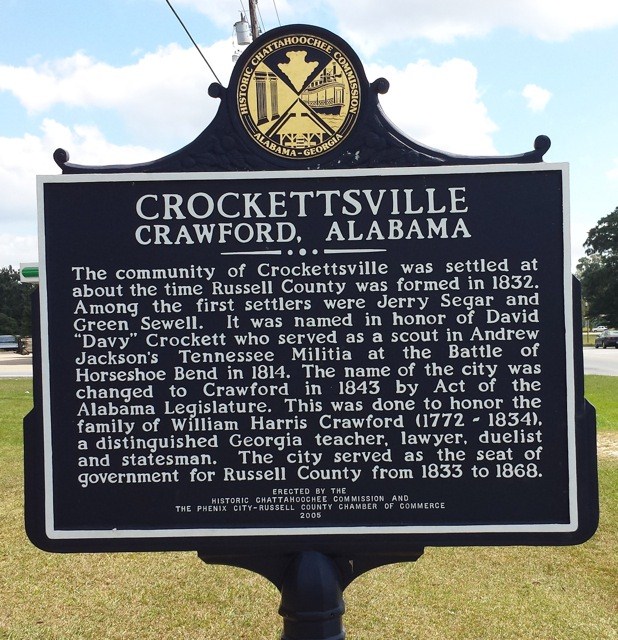 The community of Crockettsville was settled at about the time Russell County was formed in 1832. Among the first settlers were Jerry Sagar and Green Sewell. It was named in honor of David “Davy” Crockett who served as a scout in Andrew Jackson’s Tennessee Militia at the Battle of Horseshoe Bend in 1814.

Named Crawford for a distinguished Georgian

The name of the city was changed to Crawford in 1843 by Act of the Alabama Legislature. This was done to honor the family of William Harris Crawford (1772-1834), a distinguished Georgia teacher, lawyer, duelist and statesman. The city served as the seat of government for Russell County from 1833 to 1868.

S. H. Baldwin laid out Crockettsville in 1840, complete with lots and streets. The city limits extended about one-half mile in every direction from the courthouse which stood facing east on the present site of Crawford United Methodist Church. 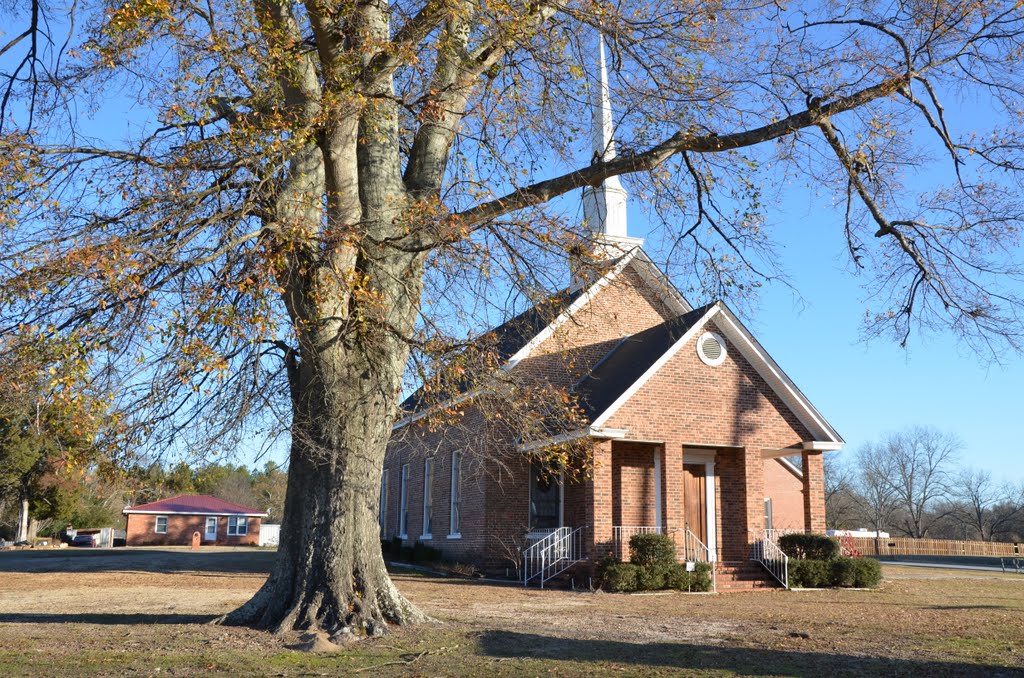 The jail was across the street to the east.  “Golgotha Hill,” located one-half mile north of the city and east of the cemetery, was the site of executions by hanging. 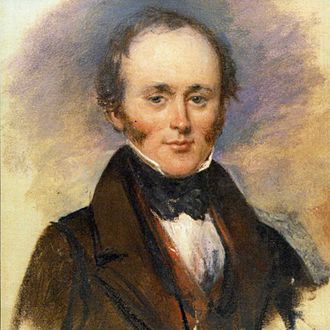 “Crawford, during its heyday was on the stagecoach route running from Clayton in Barbour County, to Salem, which was then in Russell County.” In 1846, the town was visited by Sir Charles Lyell, a noted British geologist. He wrote in his journal of a small log hotel, where he dined on “Roast turkey, venison steak, partridge pie, and a jug of milk.”

What appears to be a Post Office document reads as follows: Alabama – No. 3728- From Clayton, by *Feagan’s Store and Crockettsville, to Salem, Russell County 50 miles and back, one a week.
Leave Clayton every Thursday at 5:00AM; arrive at Salem next day by ll AM. Leave Salem every Friday at 1PM- arrive at Clayton next day at 7 PM -Contractor E. V. Lamdingham $500.00. 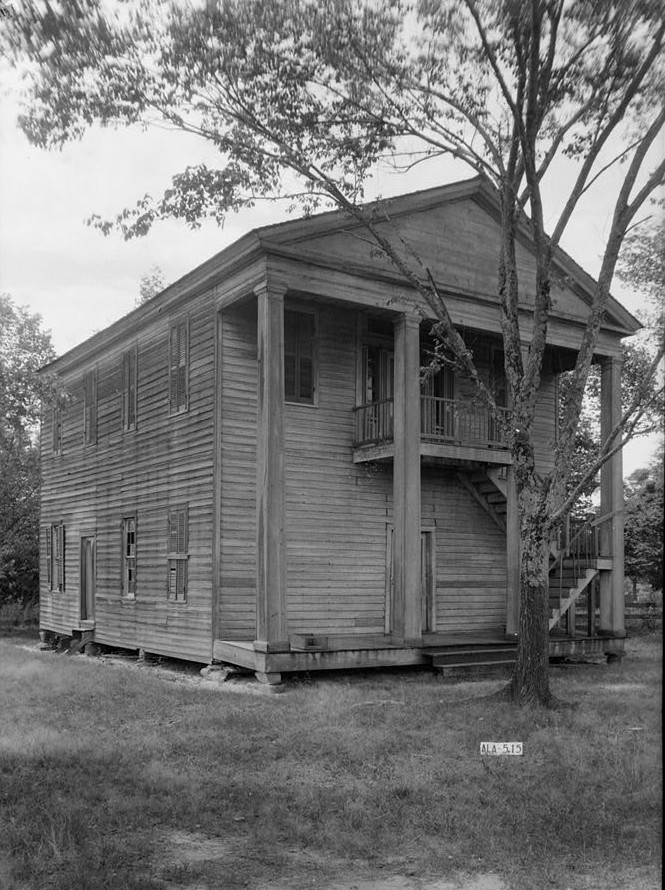 A two story, Greek temple-front wooden frame building with four original tapering square columns and outside “dog-leg” staircase in front is located at the eastern edge of the town of Crawford.

It was the original Masonic Lodge and was named for one of the four mother towns of the Muscogee Creek Confederacy, Tuckabatchee. 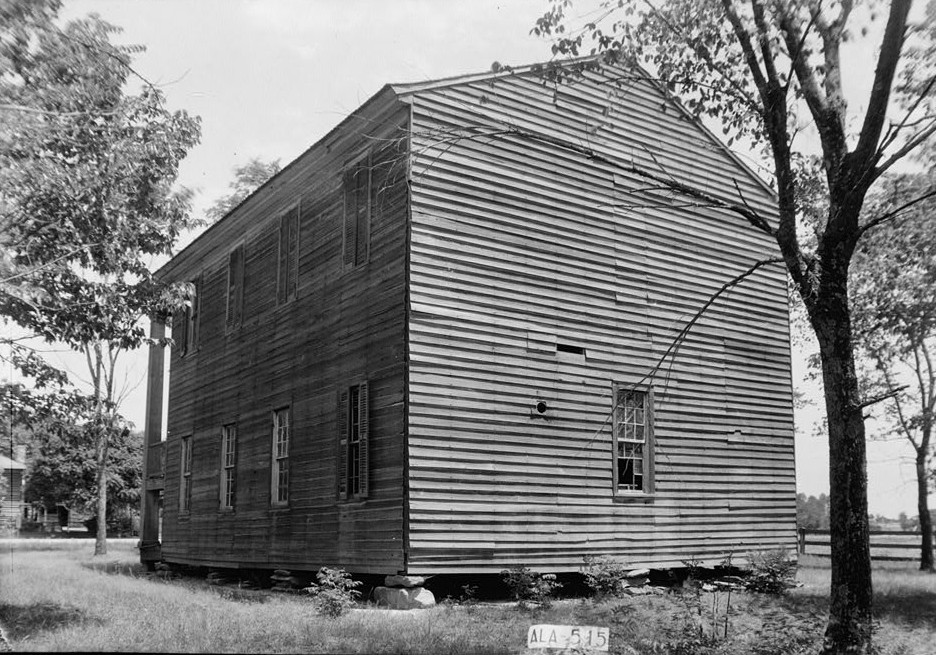 Tuckabatchee was the home of Big Warrior

The pre-removal tribal town was located on the Tallapoosa River in Alabama. The town is believed to be the first site of the ancient busk fire which began the Green Corn Ceremony. Tuckabatchee was the home of Big Warrior, one of the two principal chiefs of the Creeks until his death in 1826. Chief Opothleyahola was born here in 1780.

In 1811 Tecumseh and Tenskwatawa (better known as the Prophet) addressed Creek leaders in the Tukabatchee town square. Tecumseh was so disappointed in Big Warrior’s response at the end of his speech against American expansion that he said upon reaching Chalagawtha the Prophet would “…stamp his foot and all of Tuckabatchee’s cabins would fall.” The town was leveled by the New Madrid Earthquake a month later.

“The original weatherboarding and wood shake roof are intact on the old Masonic Lodge beneath asbestos siding and asphalt shingles.” 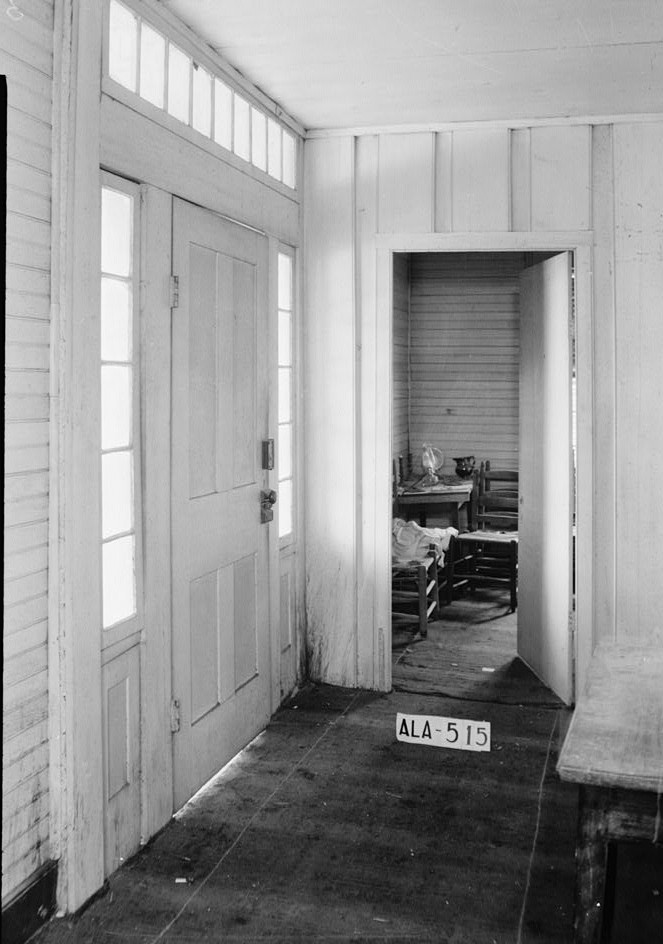 Crawford Masonic Lodge no. 863, F & M (originally Tuckabatchee No. 96) was built in 1848 and served intermittently for Lodge meetings, school classes and church services. 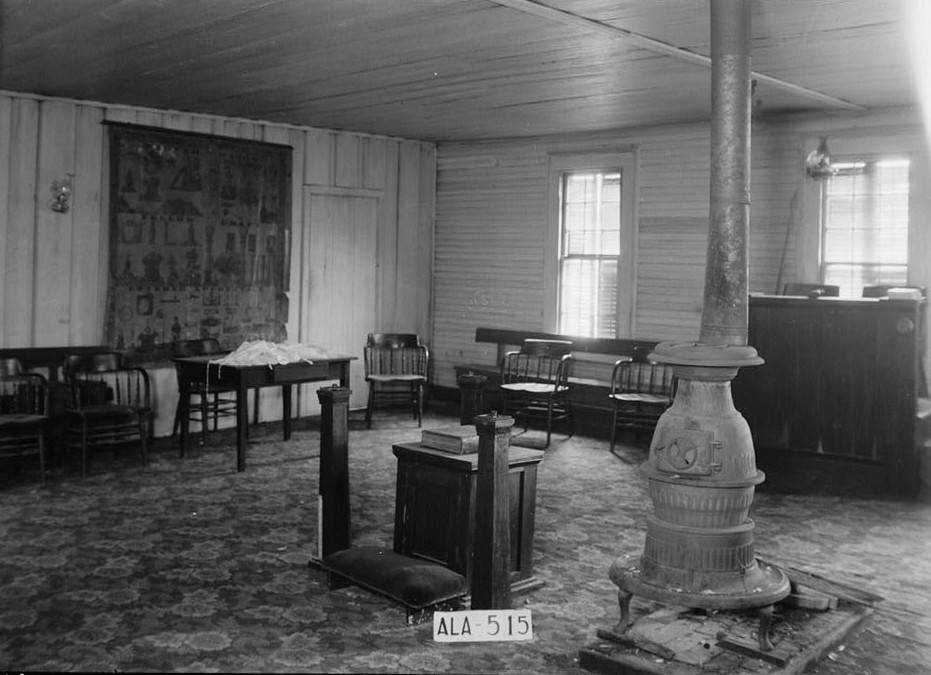 Only one of seven pre-Civil fraternal halls surviving

“The Masonic Lodge is one of only seven pre-Civil War fraternal halls surviving in Alabama. It is also the most notable structure remaining from 1839-1868, when Crawford served as the seat of Russell County. Several years ago, the lodge was almost lost when the Masons decided to replace it with a new building. 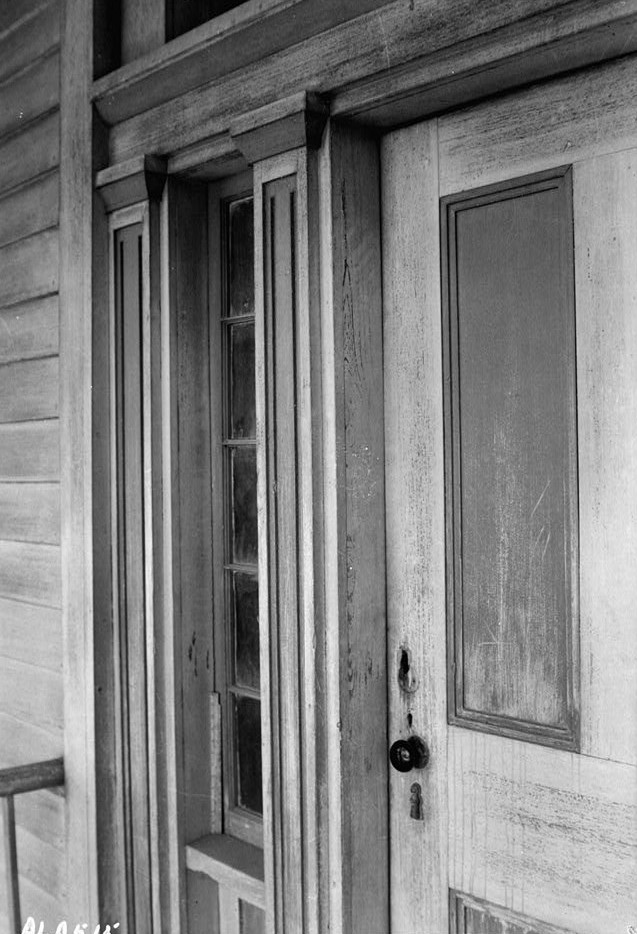 As the demolition date approached, a local philanthropist intervened and moved the structure a short distance to its current location.” Recently, the Russell County Commission has accepted bids for repair of the historic building. 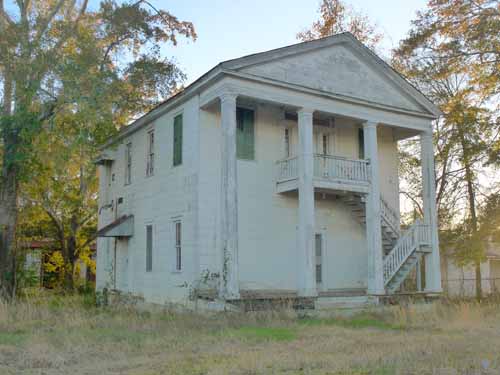 This beautiful historic building has been restored. Check out these updated photographs on their facebook page.